Four or eight-week summer immersion program in Russia that takes you from Europe to the Pacific, from Moscow and St. Petersburg to Vladivostok

Studying Russian culture and exploring the thorny issue of national identity in Russia will give you a profound image of the country, its people and its history.

Exploring  Moscow, founded in 1147 and now the biggest city in Europe, will give you an overview of recent and ancient history and provide you with an opportunity for an intensive dose of authentic Russian culture.  Walk through Red Square, which saw the edicts of Ivan the Terrible, the burning of Moscow by Napoleon, the Communist revolution, all the way to Paul McCartney playing a triumphant "Back In the USSR" to Vladimir Putin and thousands of screaming Russian fans.

Visiting St. Petersburg, known for its canals as Venice of the North, will give you insight into the east-west conflict within the Russian cultural heritage. Visit the Hermitage, one of the largest and oldest museums in the world.  Walk along the streets of Dostoyevsky’s characters.  Explore where and how the Communist Revolution began in 1917.

Taking the Trans Siberian railroad from European Russia, across the Asian continent to the Pacific Ocean will help you understand the Russian preoccupation with size. See the steppes that brought Genghis Khan to Russia, experience the natural beauty of Siberia and Lake Baikal that holds 20% of the world’s fresh water. See the small towns, large cities, the taiga, the mountains and the steppes.

Today’s Russia is a fascinating blend of a thousand year history with its reinvention as a modern semi-capitalist nation and an almost inexplicable blend of East and West.   To quote Winston Churchill “ Russia is a riddle wrapped in a mystery inside an enigma” –  Experience this riddle first hand, live with Russian families, ride the trains with them, stay in student hostels, study with Russian scholars and under the guidance of experienced UNH faculty. Be a participant in solving this riddle!

How to apply Financial Aid/scholarships

The program has no pre-requisites and all majors are encouraged to apply. No previous study of the Russian language is required.

Students will need a passport valid at least 18 months through the end of the study abroad program at the time of application.

At the time of application, all students are expected to meet the following criteria:

The 4-week program is open to all students regardless of major or knowledge of Russian. Students earn 8 credits through RUSS 425: Introduction to Russia: Contemporary Russian Society and Culture (Discovery World Cultures) and RUSS 525: Russia: Mythology and Propoganda (Discovery Historical Perspectives), designed to give students an immersion experience in Russian culture and national identity. Instruction will be provided by UNH faculty, including online prior to departure, and in Russia. Guest lectures by local scholars in Moscow and Survival Russian taught by RUDN University, our Moscow partner organization, will complete the program. Students who have completed Intermediate Russian by the start of the program may earn credit for RUSS 725: Topics in Russian Society and Culture in place of RUSS 425.

Students participating in the 8-week program will take part in all program-related courses, travel, and activities during the first four weeks of the program, and then will extend their stay in Moscow with an additional 4 weeks of intensive language study at RUDN University. Instruction also includes 4 hours of conversational work a week in addition to classroom-based content. Students earn 8 credits through RUSS 685 (transfer credit, which can count towards a Russian major or minor, as needed by the student and approved by the Russian Program). Students interested in this option should have completed at least one year of Russian language study. Exceptions to this requirement may be made a case-by-case basis in consultation with the Program Faculty Director.

Required pre-travel meetings for all students at UNH will prepare students for the Russian experience. In line with UNH’s goals to educate students to become global citizens, this immersion experience will give students insight into what it means to experience a different culture and language.

If you have questions on which program option is best for you academically, please consult with the Program Faculty Director, Prof. Arna Bronstein.

Classes will be conducted as excursions, field trips and discussions by the on-site UNH staff. Outside lectures will be provided by Russian area specialists and survival Russian language instruction by the staff of RUDN University, a well-known and established Russian institution. 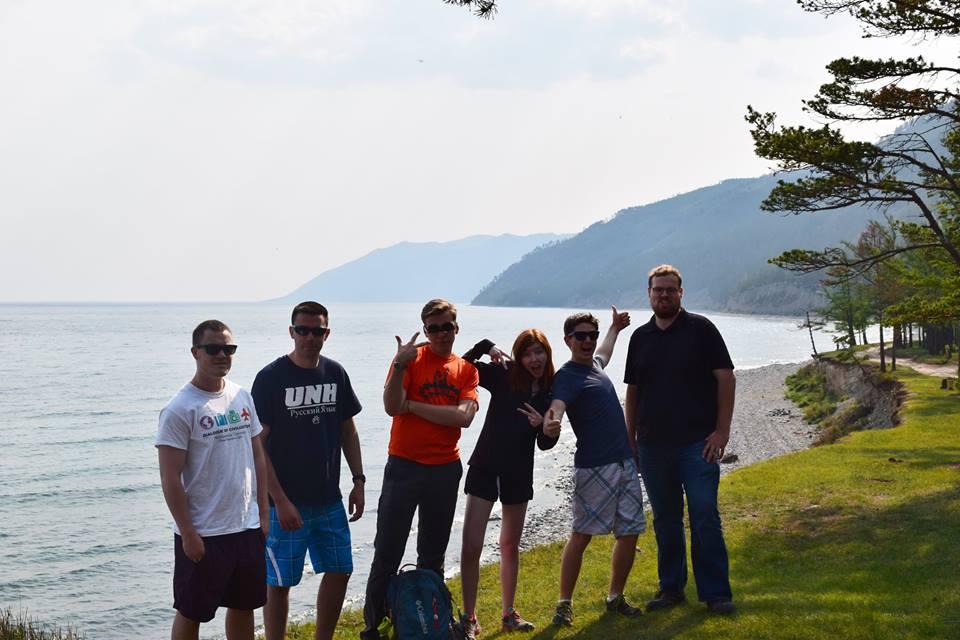 Summer school tuition and a course fee will cover instruction, course materials, excursions, and housing. In addition to the fee, you will need funds for meals, for all personal and incidental expenses, and for travel to and from Russia.

Accepted students will be required to make a $500 non-refundable deposit payment no later than February 15, 2020 to confirm participation in the program. The deposit payment will be credited to the student's summer tuition bill.

You can make this payment in two ways:
1. Log into Webcat, click on Billing, click on Make a Deposit, and then select the Russia Program
2. Bring or send a check made payable to the University of New Hampshire to student billing in Stoke Hall. For a paper check, please put your name and "Russia Deposit" in the memo line.