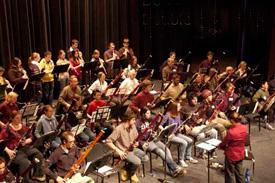 The University of New Hampshire’s Double Reed Day (UNH DR DAY) is a day-long event held each January for double-reed players of all ages and skill levels. Over 100 participants come each year sometimes braving snow storms, ice storms, power outages and floods both outside AND inside. More often than not, however, the sun does shine on this day. Janet Polk, UNH bassoon instructor and Margaret Herlehy, UNH oboe instructor organize this event with the able assistance of the music service fraternity, Kappa Kappa Psi.

According to Justin Miller, president of Miller Marketing and a long-time vendor at this event, UNH DR DAY is one of the largest and longest-running Bassoon Day/DR DAY in the United States.

UNH DR DAY began as Bassoon Day. In 1993, Alan Fox of Fox Products Corporation, suggested to Janet Polk she start a bassoon day at UNH. She decided to take on the challenge and asked Mr. Fox if he would be her first guest. So, in January 1994, the first annual Bassoon Day took place. In January 1999, the oboes joined in the fun and the event became known as Double Reed Day.

Schedule for the day 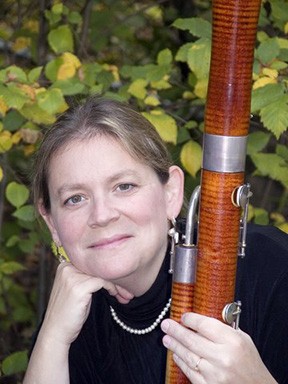 In addition to demystifying the contrabassoon for beginners, Margaret will coach several experienced contrabassoonists during the class.  If interested in performing, please contact Janet Polk; Janet.Polk@unh.edu.  Slots will be filled on a first-come first-served basis.

Margaret Phillips is a bassoonist and contrabassoonist based in the Boston area.  She has been a substitute and extra musician with the Boston Symphony Orchestra/Boston Pops Orchestra since 1992. As part of the touring Boston Pops Esplanade Orchestra, Margaret has performed across the United States, toured Asia, and appeared at special events, including Super Bowl XXXVI. Ms. Phillips is a member of the Boston Philharmonic Orchestra, the Portland (Me.) Symphony Orchestra, and the Rhode Island Philharmonic Orchestra. She has been performing and recording pioneering new music with the Boston Modern Orchestra Project since its inception. Boston's opera and chamber music scene have seen her regularly on stage while homeless shelters and recovery programs have become a favorite destination for Margaret, a member of Shelter Music Boston. She has performed and made Grammy nominated recordings with artists as diverse as the Boston Pops, Paul Simon, Danillo Perez, and Trey Anastasio of Phish. As an educator, Ms. Phillips holds faculty positions at Boston University, Berklee, and Boston Conservatory at Berklee. 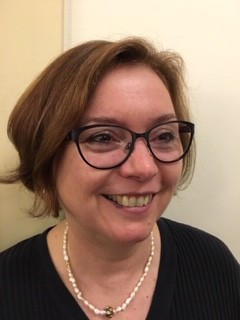 Alison presents an overview of the differences between the baroque and modern oboe, especially as it impacts interpretations of Baroque music when played on a modern oboe. There will be a few slots open for experienced Oboists (Baroque and Modern) to perform works of JS Bach for the class on a first-come, first-served basis. If you are interested in performing, contact Margaret Herlehy,  mherlehy@unh.edu.

Alison Gangler has been able to enjoy a career in Europe and the United States, performing and recording with many well-known ensembles of Historical Performance, as well as now playing actively in the New England region and beyond. Praised for her sensitive playing, she is an avid and sought-after chamber musician. She began her specialized studies of baroque oboe at the Schola Cantorum Basiliensis, Switzerland, concentrating on shawms, baroque and classical oboe, and historical performance practice under Michel Piguet and other well-known professors such as Franz Brueggen. She has performed and recorded with groups such as Musica Antiqua Köln, Concerto Köln, Accademia Bizantina (Ravenna, Italy), Freiburg Baroque Orchestra, Akademie für alte Musik Berlin, Concentus Musicus (Vienna), Anima Eterna (Brugge, Belgium), Les Arts Florissant (Paris, France), and Stuttgart Baroque Orchestra. She has toured with many chamber orchestras and chamber music ensembles throughout Europe, South Asia, Australia, South America, and the U.S. Alison has played under the direction of many of the Early Music greats such as Gustav Leonhardt, Nikolaus Harnoncourt, Nicholas McGegan, Ottavio Dantone, Herman Max, Marcus Creed, Lajos Rovátkay, Christophe Rousset, among others. While living in Italy, she also performed and recorded Medieval and Renaissance music for the RAI Radio, Quadrivium and Jaro labels with Ensemble Dramsam (Gorizia-Udine) and the Grammy nominated ensemble, Sarband (Munich), playing shawms, recorders, and dulcian. Since returning to live in the U.S. in 2000, she has also focused her talents as a software engineer. She lives in southern New Hampshire and comes to the Boston and nearby areas often to play with Boston Baroque, Connecticut Early Music Festival, Arcadia Players, Newton Baroque, and the Harvard University Baroque Orchestra. Alison has recorded for the labels Deutsche Grammophon Archiv, Harmonia Mundi, Teldec, Capricio, Jaro, and Channel Classics.

The program will include Trios for Oboe, Bassoon and Piano.  Works include the early chamber work by Beethoven Trio Op. 11 originally for clarinet, cello and piano, the charming and jazzy Divertimento by English composer Paul Carr and the sweeping Romantic grandeur of Marie de Grandval in her Grand Trio.

END_OF_DOCUMENT_TOKEN_TO_BE_REPLACED

Take I-95 north from Boston to Exit 4 (N.H. Lakes and Mountain Region, Routes 4 and 16). Continue to Exit 6W and follow Route 4 West. Take 155A Exit. Make a left at the end of the ramp. Travel past Thompson Hall, the Memorial Union Building (MUB), and the bus stop and bear right onto Mill Road. Take your next right on Academic Way. Paul Creative Arts Center is next to the last building on the right.

Follow either I-95 or Route 1 south to Portsmouth traffic circle. Take Route 4 west and take Concord-Durham Exit 6W. Directions are then the same as those indicated from the Boston area.

Take Route 101 East to Epping, Exit 7, Route 125. Take Route 125 north to the Lee Traffic Circle. Take Route 4 East to Durham and take the Exit 155A. Make a right at the end of the ramp. Directions are then the same as those indicated from the Boston area.

Take Route 4 East to Durham and take the Exit 155A. Make a right at the end of the ramp. Directions are then the same as those indicated from the Boston area.

The most convenient place to park is Lot B,  on your left as you enter Academic Way. It is free on weekends. Several parking spaces designated for patrons with disabilities are available on Academic Way in front of the Johnson Theater, Just past the entrance to Paul Creative Arts Center. There are additional spaces in front of Parsons Hall, also on Academic Way, and on Arts Way, next to Kingsbury Hall.