Public Humanities Work Supported by the Center for the Humanities

Remembering Mosul, hosted by the University of New Hampshire's Department of Art and Art History, is a digital archive on the destroyed and damaged shrines of Mosul and its environs.  Sadly, these shrines were one of the primary targets of ISIS, which destroyed large numbers in western and eastern Mosul as well as some in the villages of neighboring regions.  This site seeks to serve as a platform for collecting memories of how these buildings were used and what they may have meant to local residents. This site is organized by the neighborhoods of modern Mosul and its environs. Within each of these you will find lists of shrines, primary sources, secondary historical studies, ethnographic and archaeological research, and photographs that provide evidence of these buildings.  "I began writing a book on shrines in Iraq and Turkey in 2014, a period that coincided with ISIS’ assault on Mosul," says Professor Wolper.  "In looking for information about what had been destroyed and what was left, I began to collect images and information.  As part of this, I noticed a number of social media sites engaged in the process of remembering and decided to begin work on a web site that would serve as a bridge between posting historical data for further research and collecting recollections about the importance of these shrines and what their loss meant to Maslawis."  Sarah Jarrar, an undergraduate student at the University of New Hampshire, Durham, is helping Professor Wolper with the the project.  A double major in Anthropology and History, Sarah’s research interests include Middle Eastern cultural history and migration as a force of cultural change.

Professor Baumgartner describes what drew her to her project, Stories from the Archives: African Americans in Essex National Heritage Area: “Fascinating stories of African Americans… lie buried, sometimes surfacing at a public exhibition or an academic talk. This project seeks to engage undergraduate students to help unearth archival materials, from letters to petitions to photographs, that will be culled to create short, historically-sound digital stories to share with Essex County residents and tourists.” 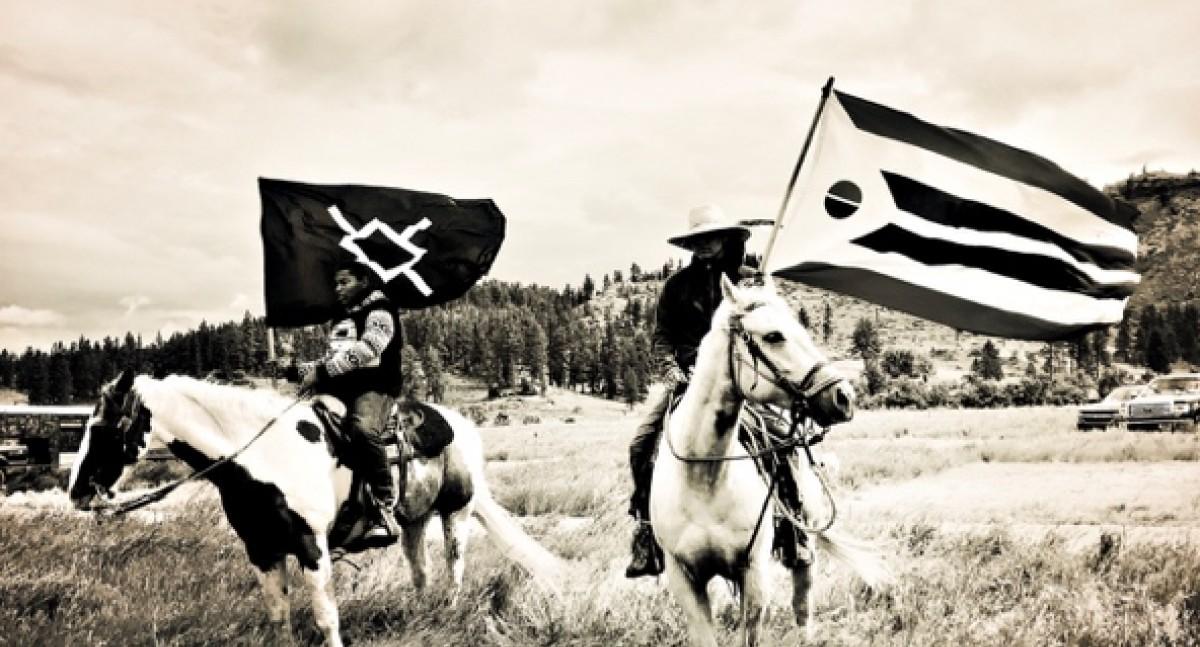 Professor Creef says of her project, “As a non-native cultural historian, I have been participating for the past three years on what the Lakota call ‘The Montana Victory Ride’ where I am honored to serve in multiple roles as Ride supporter, camp go-fer, cook shack crew member, horse wrangler, and informal documentary photographer. I will return next June 22-25, 2020 to complete the traditional four year commitment cycle that is part of all Lakota ceremonies.

“In addition, I have been in communication with Keith Haring who operates the U.S. Cavalry School's reenactment camp and am now making arrangements to participate next June 15-21, 2020 as a mounted member of ‘Custer's Last Ride.’

“My Public Humanities Project is conceived as a bridge built on intercultural historical storytelling that uses photography, audio, and video to document and bring together these two worlds of Re-enactment and Indigenous Remembering that take place within a few miles of one another and yet never meet.”

Fiona Vernal, Associate Professor of History at the University of Connecticut

Professor Vernal says of the museum she’s launching, “This project leverages community-based archival collecting, an oral history initiative, and traveling exhibitions to foster public and curricular conversations about migration, settlement, and housing in Hartford, Connecticut. Between 1940 and 2019 thousands of people made Hartford home, transforming the city into a majority-minority urban area; African Americans, West Indians, and Puerto Ricans comprise upwards of 80% of the city’s population of 124,775. African Americans fled the South. Puerto Ricans relocated to the mainland and West Indians responded to new opportunities beyond the Caribbean. These migrations, epic and mundane, redrew the landscape of major urban centers in the United States, making Hartford both an illustrative local case study and an instructive national model through which to understand three narratives of the Great Migration….

“This project weaves these Great Migration narratives into one analytical framework for understanding the role of place, cultural heritage, and community succession in the making of America, the making of Connecticut, and the making of Hartford.”