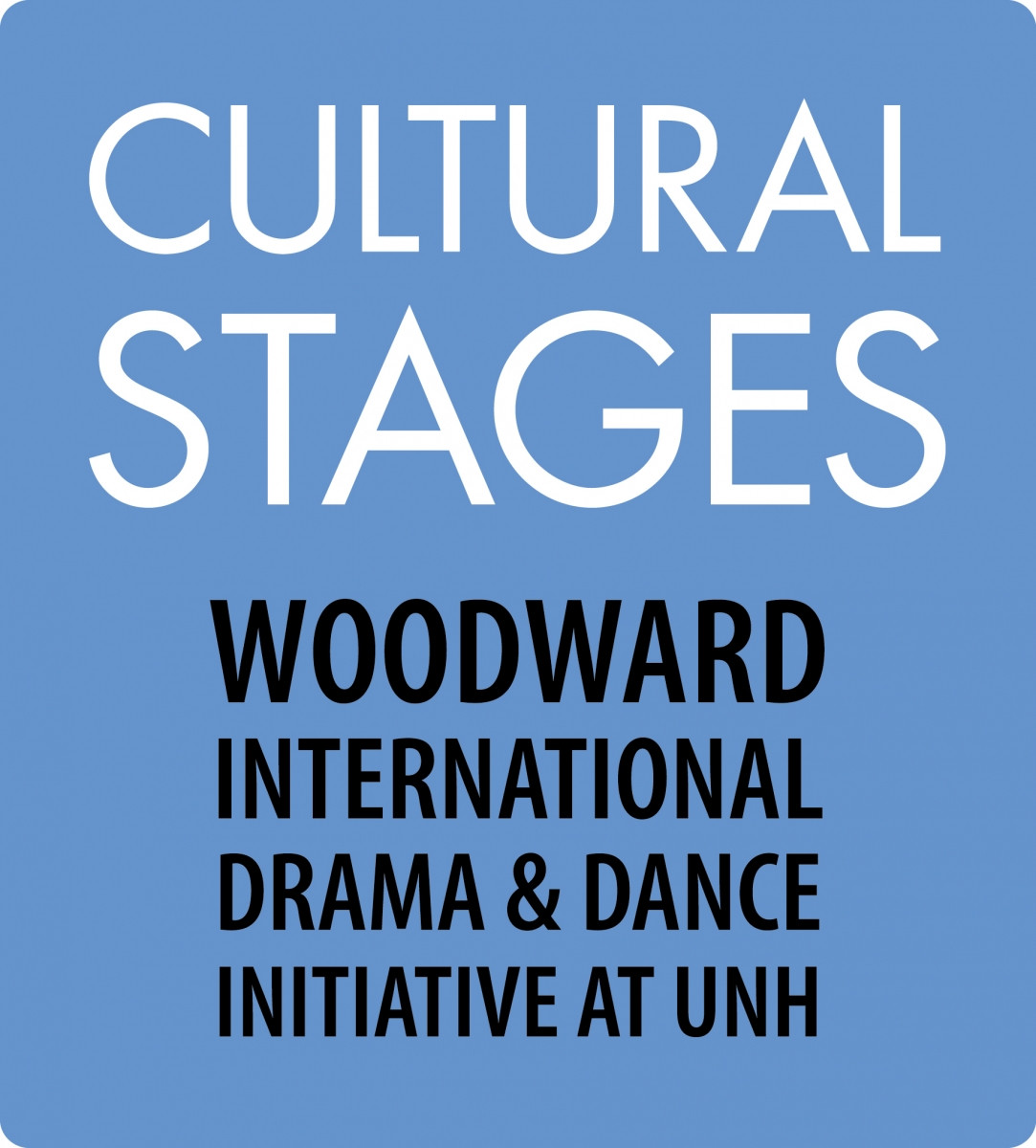 Cultural Stages: The Woodward International Drama and Dance Initiative is designed to promote a greater understanding of world cultures through drama and dance. The project is funded by Ellis Woodward, UNH Class of '74.

It is with great pleasure that the University of New Hampshire announces the winning play and first and second runner ups of the Woodward International Playwriting Prize. These awards are given once every four years as part of Cultural Stages; The Woodard International Drama and Dance initiative, an extensive program designed to promote a greater understanding of world cultures through theatre and dance, made possible through the generous support of Ellis Woodward, UNH Class of '74.

The Woodward International Playwriting Prize is a global competition that seeks unproduced plays or unproduced English translations of produced plays, that focus on cultures outside the US.

Over 430 plays were submitted. A twenty-member selection committee was formed that consisted of ten current UNH Theatre and Dance students and ten non-students, that included faculty, theatre professionals and community members. 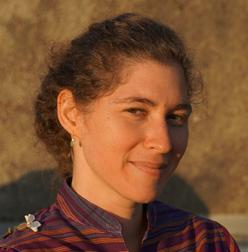 The winning play is Salim Salim by Stav Palti Negev. The play tells the story of Salim, a Palestinian man who is released from an Israeli prison after serving a ten-year sentence. It is the tragedy of a man who wanted to live a peaceful life but was torn by political forces that are much stronger than him. The play deals with human rights, with the Israeli occupation, and the pain that war inflicts on everyone involved.

The play was first performed at an Israeli fringe theatre festival in Hebrew and Arabic. It will receive its English language premiere as part of the UNH Department of Theatre and Dance’s 2021/22 season. 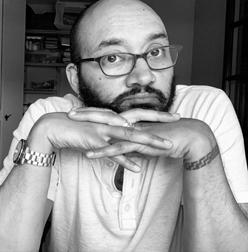 The first runner-up play is The Shaking Earth by Mashuq Mushtaq Deen. The play takes place during the three days of anti-Sikh massacres that occurred in the wake of the assassination of India Prime Minister Indira Gandhi in 1984. The play also takes place in the present, as a refugee mother and her politically-minded daughter continue to carry their traumas in a post 9/11 America. The play explores the transmission of trauma across generations, and looks at history with a queer lens, seeing how being a woman and being a gay man have changed from 1984 India to the present, and how sometimes the most frightened among us become the greatest of heroes. The play will be given a public reading as part of the UNH Department of Theatre and Dance’s 2021/22 season. 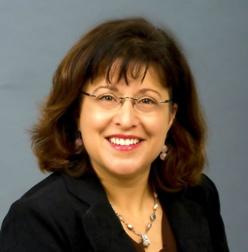 The second runner up is Meyerhold by Laura Lewis-Barr. The play explores the life of the brilliant and influential Russian theatre director, Vslold Meyerhold, who studied under Constantine Stanislavski, the father of modern acting. Rejecting Stanislavski’s drive for realism, Meyerhold opened his own anti-realistic theatre and became the toast of the 1920-30 theatrical world, only to be killed by Stalin's forces for refusing to compromise his artistic vision. This play also explores Meyerhold's life through the means and aesthetics he made famous. The play will be given a public reading as part of the UNH Department of Theatre and Dance’s 2021/22 season.

The 20-member Woodward International Playwriting Prize Committee announces the finalists for this Cultural Stages Program that will produce one of these scripts as part of the 2021/22 UNH Theatre & Dance season. These plays will now go to the entire University of New Hampshire Theatre and Dance Department for the final phase of the selection process.

The Woodward Prize is part of Cultural Stages: The Woodward International Drama and Dance Initiative and is given once every four years. The aim of this program is to broaden and deepen the understanding of international cultures through a competition for plays addressing relevant themes. Plays submitted for this competition should have a primary focus on cultures from countries other than the US. The winning play will be given a fully produced production as part of the University of New Hampshire's 2021-22 Department of Theatre and Dance main stage season. The winning Playwright will receive a cash prize of $5,000, plus expenses to travel to the University of New Hampshire and stay for the one week of performances. Finalists will be posted on the University of New Hampshire Department of Theatre and Dance website in October 2020. The winning play will be announced by February 1, 2021. A first and second runner up will also be named at that time. Pending funding, readings of the first and second runner up will be presented with travel and expenses provided to the playwrights to attend the readings.

WE ARE NO LONGER ACCEPTING SUBMISSIONS FOR THIS COMPETITION.

The 2017 Woodward International Playwriting prize
The 2017 recipient of the Woodward International Playwriting prize was The Bone Bridge by Trina Davies.  Competition finalists included Hotel Jerusalem by David J. Swanson and Honor Killing by Sarah Bierstock.  A fully-produced production of the winning play, as well as readings of the two finalists, were produced during the UNH Theatre & Dance Department's 2017-2018 season.

Performance of Et'teffeh by the Algerian Theatre Company Istijmam
On September 17, 2016, The Algerian Theatre Company Istijmam, on tour as part of Center Stage, brought their production of Et'teffeh to the University of New Hampshire.  This special production is made possible by funding from Cultural Stages: The International Drama and Dance Initiative.

World Premiere of the play SEMATAKAKI
The imagination is a powerful thing and can lead children on adventures through time, space, and so many places. What happens when two young children get so wrapped up in play that they are led to a place where there is no more joy?  This world premiere production explores this question and more.

In 2015, Maria Tri Sulistyani & Iwan Effendi from Papermoon Puppet Theatre were commissioned to create a theatrical performance and teach an undergraduate course in puppetry and mask making on the Durham campus. The end result, Sematakkaki was produced by the Department of the Theatre and Dance and performed December 2-6, 2015 in the Hennessy Theatre.

END_OF_DOCUMENT_TOKEN_TO_BE_REPLACED

World Premiere of the play Sila
Sila examines the competing interests shaping the future of the Canadian Arctic and local Inuit population. Set on Baffin Island in the territory of Nunavut, it follows a climate scientist, an Inuit activist and her daughter, two Canadian Coast Guard officers, an Inuit elder and two polar bears as they see their values challenged and their lives become intricately intertwined. Equal parts Inuit myth and contemporary Arctic policy, Sila uses puppetry, projections, spoken word poetry and three different languages; English, French & Inuktitut.  Sila was written by Chantal Bilodeau and is the winner of the 2012 Woodward International Playwriting Prize.  Performances took place February 19-23, 2014 in the Johnson Theatre.

Guest resident playright Mohammad ben-Abdallah
In 2012, Mohammad ben-Abdallah, one of Ghana's foremost playwrights, was commissioned to write a play and teach an undergraduate playwriting course on the Durham campus. His world premiere, Song of the Pharaoh was produced by the Department of the Theatre and Dance and performed April 18-22 in the UNH Johnson Theatre. The piece, set in Egypt, migrates between ancient and modern times and incorporates "Abibigoro" a unique form of modern African theatre.