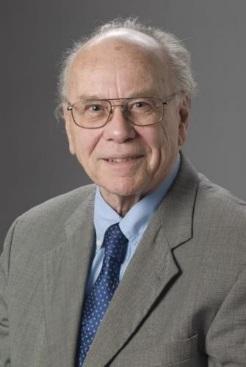 Our colleague, Murray Straus, the internationally influential professor of sociology at the University of New Hampshire and founder of the field of family violence research and of the Family Violence Research conference, died May 13, 2016, at the age of 89.

Beginning in the 1970s, his surveys established that people were far more likely to be assaulted and injured by members of their own family than they were by strangers, fundamentally changing popular and academic conceptions about crime and crime prevention.

He devoted much of his later career to the study of spanking and corporal punishment, accumulating evidence that spanking was associated with increased subsequent aggression among children and reduced warmth between them and their parents, among other negative side effects.

He pioneered techniques for getting information about sensitive topics such as being the victim or perpetrator of family violence in national household and telephone surveys. His Conflict Tactics Scale, which he revised over the years, became the standard approach for gathering information about child and spouse abuse, and one of the more widely used instruments in social science.

His findings led him to the conclusion that, although women suffered more serious consequences than men from domestic aggression, women perpetrated a considerable amount of violence in intimate relationships that also needed to be addressed in public policy if families were to be made safe.

Early in his career he specialized in rural sociology and the measurement of family interaction. But he became interested in family violence as a result of planning a meeting of the National Council of Family Relations in Chicago in 1968 in the wake of police brutality there at the Democratic Convention. He decided that to engage with the issues of the day they needed to assemble a panel on the connection between families and societal violence. He went on to show that people exposed to violence in their families of origin were considerably more likely to engage in violence as adult s and to support public policies such as capital punishment and military intervention.

He was of the opinion that spanking, even when used in moderation, taught that hitting and violence were appropriate and even necessary responses when a person believed someone else’s misbehavior needed correction. He concluded, based on his research, that parents should be taught to never spank children. He strongly endorsed and provided much of the scientific evidence to back efforts to ban corporal punishment, a ban which has been adopted by over four dozen countries.

He was an energetic and prolific scholar, authoring 15 books and hundreds of scholarly articles. Among the most widely cited were “Behind Closed Doors” and “Beating the Devil Out of Them.”

He was also a devoted teacher who trained and mentored dozens of scholars, including many of the current luminaries in the field of family violence, as director for 30 years of a post-doctoral fellowship program funded by the National Institute of Mental Health.

He served as president of the Society for the Study of Social Problems, the National Council on Family Relations, and the Eastern Sociological Society, and was active in numerous other academic organizations.

He was known as a warm and engaging person who enjoyed collaborating with colleagues and supervising students. He assembled two large international consortia, involving dozens of scholars in over 30 countries to conduct cross-national comparative surveys on dating violence and parental disciplinary practices.

Dr. Straus was born in New York City on June 18, 1926, to Samuel and Kathleen (Miller) Straus. He is survived by his wife, Dorothy Dunn Straus, his children by a previous marriage, Carol Straus and Dr. John Straus, his stepchildren David Dunn and wife Kathy, Lisa Dunn, Thomas Dunn and wife Linda, and many grandchildren and great-grandchildren.