Program focusing on Greece from antiquity to the present day, with opportunities to study a variety of subjects from history to politics to art to music.

Study democracy, ethical citizenship and more in the city where democracy was invented! The UNH-in-Greece Program is open to any undergraduate at UNH who is interested in the long history of civilization in Greece, from the classical period to the present day. Athens is famous as the most important city-state in ancient times and as the site of some of the world’s most famous and influential architecture and art, but it is also the vibrant capital of modern Greece (The Hellenic Republic), and that combination of antiquity and modernity, as well as the city’s position between West and East, makes it an extraordinary location for on-site, experiential learning.

How to apply Financial Aid/scholarships

At the time of application, all students are expected to meet the following criteria:

No previous study of Greek culture or language is necessary.

UNH-in-Greece is designed to provide an intensive but invigorating introduction to Greece for those who have little background in ancient or modern Greek culture but it also serves as a way for students with more familiarity to advance their knowledge. The structure of the program provides many advantages:

No previous study of Greek culture or language is necessary.

The program is open to all UNH undergraduates and there are no specific prerequisites.

2020 dates are forthcoming, but will be similar to previous year's calendar:

The first week of the program in country is a travel course that involves visiting some of the most important historical sites of Ancient Greece. The remaining four weeks are spent taking courses in Athens.

In the 5th century BCE Athens became the most important city-state in ancient Greek civilization, with an outsized and enduring influence in politics, literature, philosophy, art and architecture. That influence is still felt throughout the world, and Athens is frequently known as the “birthplace” or “cradle” of democracy, drama, philosophy—even Western Civilization itself. In fact, it is one of the oldest continuously settled cities in the world and its history long precedes the days of Socrates, Plato, Sophocles and Pericles. Likewise, its subsequent history is fascinating and compelling; today it is not only the capital of Greece but one of the most important cities in modern Europe. Despite a recent fiscal crisis, Athens remains the home of almost 4 million people and is an important center for world business, finance, shipping, trade, education, art and tourism. What makes Athens such a fascinating laboratory for learning is the combination of all of its identities in the same living city. This is not a city of layers on top of layers but a place where the ancient Greek heritage is visible side by side with that of the Romans, the medieval Greeks, the Ottomans and its modern citizens.

Nearly 4 million people live in the urban area of Athens and the city offers almost everything imaginable: museums, concerts, ancient ruins, magnificent churches, street art, a lively music scene, incredible food and a nightlife that is laid back or frenetic, as you prefer. 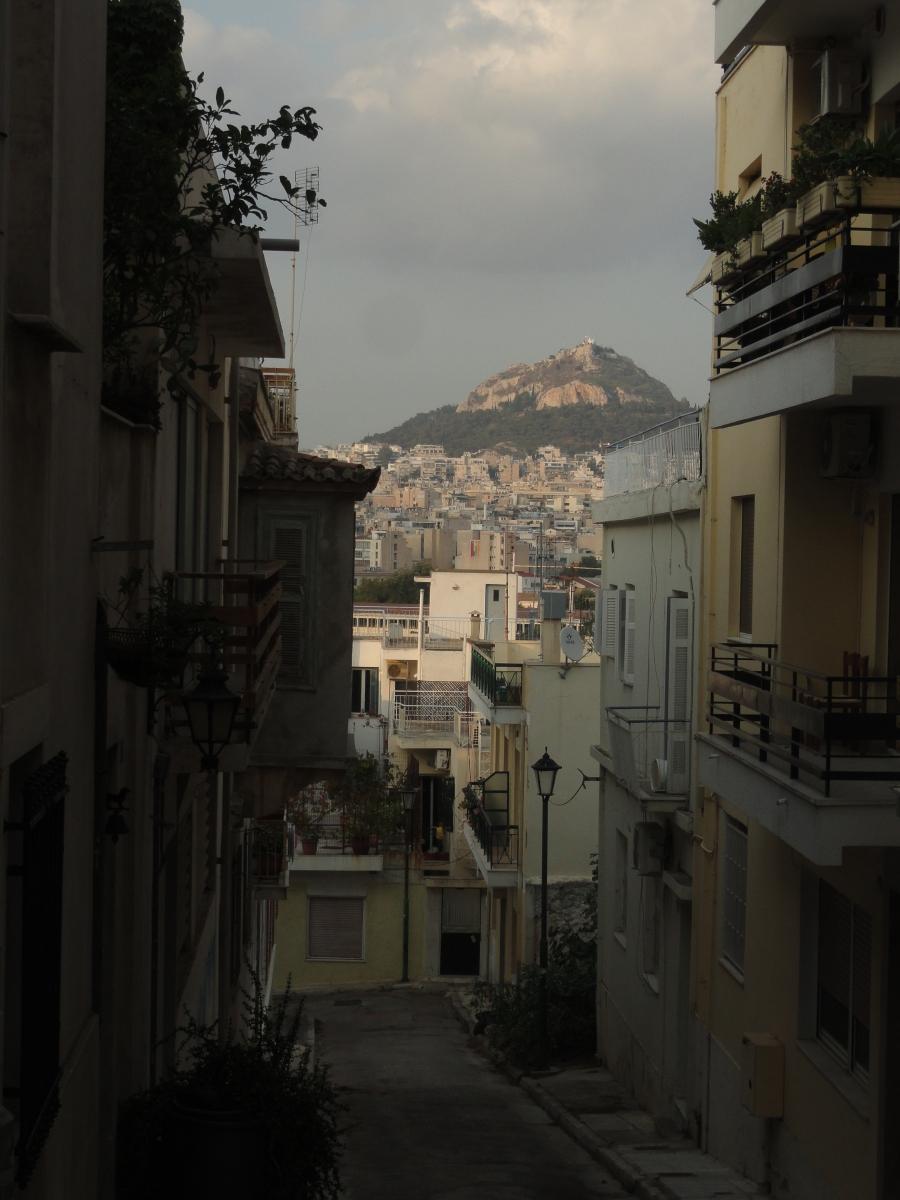 The estimated 2019 program costs for UNH-in-Greece are estimated at $6,851.25 (NH residents) or $7,321.25 (non-residents). This covers tuition for 10 credits, housing, planned program travel within Greece, excursion costs and some meals, and the following mandatory fees: UNH Summer Registration ($20), Summer Technology Fee ($51.25), Study Abroad Administrative Fee ($100), international health insurance fee ($70). It also does not include airfare to/from Greece, books and course supplies and most meals.

Student housing is included in the program fees and arranged by the program. During group travel outside of Athens, students will typically stay in modest, traveler-friendly hotels. In Athens, students will stay in housing arranged by Hellenic American University - either a local boutique traveler hotel or private apartments. We have used both set-ups in the past, and the final arrangements depend on the group size and availability. Students can expect to share rooms with UNH and possibly other American students studying at HAU over the summer. Internet will be available and the housing will be in close proximity to HAU (probably either walking distance or a short commute by public transport).

Occassional group meals will be arranged, but largely students will be on their own for meal expenses. Food is inexpensive, widely available and delicious throughout the city of Athens, with many options from street food to sit-down restaurants.

In addition to the above, program fees also include: