What is the study of classical languages and literatures?

In choosing the classical languages and literatures degree option, you’ll study ancient Greek and Roman history, philosophy and language, exploring the cultural foundations of Western civilization. This option includes language requirements in Greek and Latin, preparing you for graduate studies in the classics or teaching Latin at the secondary school level. Classical studies provide an excellent liberal arts foundation and you also will be well prepared for work or further studies in fields such as business, communications, law and medical school.

Why study classical languages and literature at UNH?

At UNH, you’ll have the opportunity to pursue your own interests and will be encouraged to study course offerings outside the classics department in areas such as archaeology, ancient philosophy, linguistics and English literature. We are part of the consortium of universities that supports the Intercollegiate Center for the Classical Studies in Rome, and our department also manages a popular January-term course in the ancient city, as well as programs in Greece and Budapest.

This form is only for prospective students who are not already enrolled at UNH. If you are a current UNH student and interested in this program, please reach out to the contact on this page.

END_OF_DOCUMENT_TOKEN_TO_BE_REPLACED

The Classical Languages and Literatures (CLL) option allows for the most in-depth study of the ancient languages and requires knowledge of both Ancient Greek and Latin. It thus provides the strongest preparation for students considering graduate study in classics or related areas, and can also be an appropriate choice (with careful planning) for those thinking about teaching Latin in secondary schools. At the same time, it is designed for any student who desires a solid liberal arts education.

Requirements for the Program

To complete the CLL option of the classics major, a student must complete 10 courses (40 credits), distributed as follows:

No credits from language courses at the 400 level may be counted toward this option.

Students may count as many as 24 toward the CLL major option.

No more than 4 credits may come from courses at the 400 level. There are also courses taught outside of the program that are approved substitutes for CLAS courses, and the department will accept up to 8 credits from such courses. An up-to-date list of these courses is available from departmental advisers and additional exceptions are allowed with the written approval of the adviser.

Candidates for a degree must satisfy all of the University Discovery Program requirements in addition to satisfying the requirements of each individual major program. Bachelor of arts candidates must also satisfy the foreign language proficiency requirement.

The required minimum overall GPA in major coursework is 2.0.

A detailed overview of the corpus of Antoninus Liberalis’ Collection of Metamorphoses, defining the text, considering the authorship and date, and analyzing the narrative strategies and networks within the corpus.
END_OF_DOCUMENT_TOKEN_TO_BE_REPLACED

take the next step 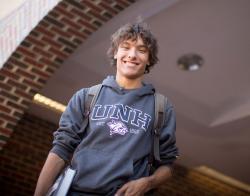 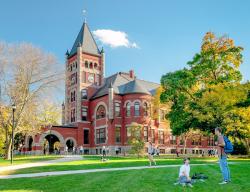 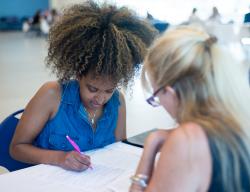