Hans Heilbronner Lecture: Violence Between Pogroms and the Holocaust 5:00 PM 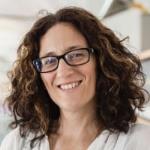 5:00 PM - Memorial Union Building Theater II: The Hans Heilbronner Lecture series presents Violence Between Pogroms and the Holocaust: Jewish Women as Victims, Chroniclers and Survivors, by Prof. Elissa Bemporad. This talk will highlight women’s experiences of continuities between the Holocaust and the wave of anti-Jewish violence that occurred in the same territories of Eastern Europe some twenty years earlier, termed pogroms. Few have explored different roles that Jewish women came to play in the midst of these pogroms and the direct relationship between the Holocaust and the genocidal violence against the Jewish communities of Eastern Europe unleashed during the pogroms of the Russian Civil War, 1918-1921. Elissa Bemporad is professor of history and Ungar Chair in East European Jewish History and the Holocaust at Queens College and CUNY Graduate Center. She is a two-time winner of the National Jewish Book Award. She is the author of "Becoming Soviet Jews: The Bolshevik Experiment in Minsk" (2013 Indiana University Press), and "Legacy of Blood: Jews, Pogroms, and Ritual Murder in the Lands of the Soviets" (2019 Oxford University Press). Bemporad is the co-editor of two volumes: "Women and Genocide: Survivors, Victims, Perpetrators" (2018 Indiana University Press); and "Pogroms: A Documentary History" (Oxford University Press, 2021). She is currently completing the first volume of the "Comprehensive History of Soviet Jews" (forthcoming with New York University Press), and at work on a biography of Ester Frumkin. She is editor of Jewish Social Studies. Free and open to the public.More about Elissa Bemporad.The Hans Heilbronner lecture series honors the memory of Hans Heilbronner, professor of history, who served the University of New Hampshire with distinction from 1954 until 1991.
April
07

7:00 PM - Memorial Union Building Granite State Room: Thomas Jefferson: Revolutionary, President and Visionary. Professor Annette Gordon-Reed of Harvard University will deliver the 2021-22 Rutman Distinguished Lecture on the American Presidency on Thursday, April 7, 2022, at 7 p.m. in the Granite State Room of the Memorial Union Building on the Durham Campus. In her talk, she will discuss how Jefferson’s views about the Enlightenment shaped his attitude about being a revolutionary, his presidency and his post-presidency activities, as he contemplated the future of the country he helped to found.Free and open to the public but registration is required: REGISTER HERE Annette Gordon-Reed is a professor of history on the faculty of Arts and Sciences at Harvard University, the Carl M. Loeb University Professor at Harvard Law School and the award-winning author of six books. Her latest book, "On Juneteenth," sets out to capture the integral importance of the holiday to American history. It quickly became a New York Times bestseller, was featured on the magazine’s 100 Notable Books list, and chosen as one of its the top five non-fiction books of the year. When President Joe Biden finally signed into law a bill that established Juneteenth as a federal holiday — the culmination of a decades-long effort — Gordon-Reed was among those invited to witness the historic moment. “I think it will be good for the country to have a day to reflect on slavery and the end of slavery,” Gordon-Reed said. Gordon-Reed is also the author of "The Hemingses of Monticello: An American Family," which won the Pulitzer Prize in history and the National Book Award for nonfiction — along with fourteen other awards. It explores the inconsistencies of Jefferson’s stance on slavery and his relationship with enslaved woman Sally Hemings, and has been called “the best study of a slave family ever written” by noted Jefferson scholar Joseph Ellis. Her other books include "Thomas Jefferson and Sally Hemings: An American Controversy" — a rich examination of scholarly writing on the relationships between Jefferson and Hemings, which exposes the possibility that scholars were misguided by their own biases and may even have contorted evidence to preserve their preexisting opinions of Jefferson. Her other book, "'Most Blessed of the Patriarchs': Thomas Jefferson and the Empire of the Imagination," presents a provocative character study of Jefferson that challenges much of the scholarly status quo on his portrayal throughout history. Gordon-Reed’s upcoming title, "A Jefferson Reader on Race," is set to be published in 2022. Her honors include the National Humanities Medal (awarded by President Barack Obama), a Guggenheim Fellowship, and a MacArthur Fellowship. Gordon-Reed was also elected a Fellow of the American Academy of Arts and Sciences, and is a member of the Academy’s Commission on the Humanities and Social Sciences. In 2019, she was elected a Member of the American Philosophical Society. The Rutman Distinguished Lecture Series on the American Presidency is generously supported by J. Morgan Rutman ’84 and Tara Rutman. The lecture series focuses on American political history with an emphasis on the modern and historical context of the American Presidency.
END_OF_DOCUMENT_TOKEN_TO_BE_REPLACED

The William L. Dunfey Endowment for the Study of History supports lectures and other scholarly events by visiting scholars. The endowment was established by William "Bud" Dunfey '50. Scheduled lectures appear on the Department's calendar.

The Hans Heilbronner lecture series honors the memory of Hans Heilbronner, Professor of History, who served the University of New Hampshire with distinction from 1954 until 1991. Scheduled lectures appear on the Department's calendar.

END_OF_DOCUMENT_TOKEN_TO_BE_REPLACED

The Rutman Distinguished Lecture Series on the American Presidency