The 2022-2023 Rutman Lecture has concluded. Please check back for the announcement of the 2023-2024 distinguished lecture or sign up below to be notified. Thank you for your interest! 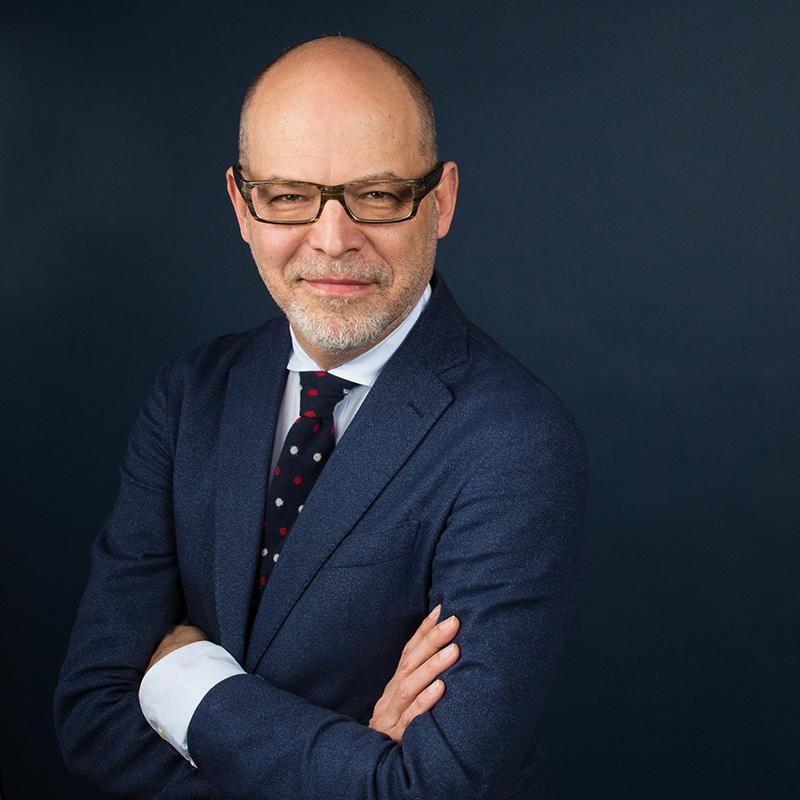 Fredrik Logevall spoke at UNH on November 14, 2022. His talk was titled Ask Not: John F. Kennedy and the Promise of Democracy. He was one of the iconic political figures of the 20th century, known universally by his initials. Logevall discussed how we might understand John F. Kennedy and his role in American and world politics, particularly in this time of rising challenges to democracy both at home and abroad.

Logevall is the Laurence D. Belfer Professor of International Affairs at the John F. Kennedy School of Government and professor of history at Harvard University. He is the author or editor of ten books, most recently “JFK: Coming of Age in the American Century, 1917-1956,” published in 2020. His book “Embers of War: The Fall of an Empire and the Making of America’s Vietnam” won the Pulitzer Prize for History and the Francis Parkman Prize, as well as the American Library in Paris Book Award and the Arthur Ross Book Award from the Council on Foreign Relations. 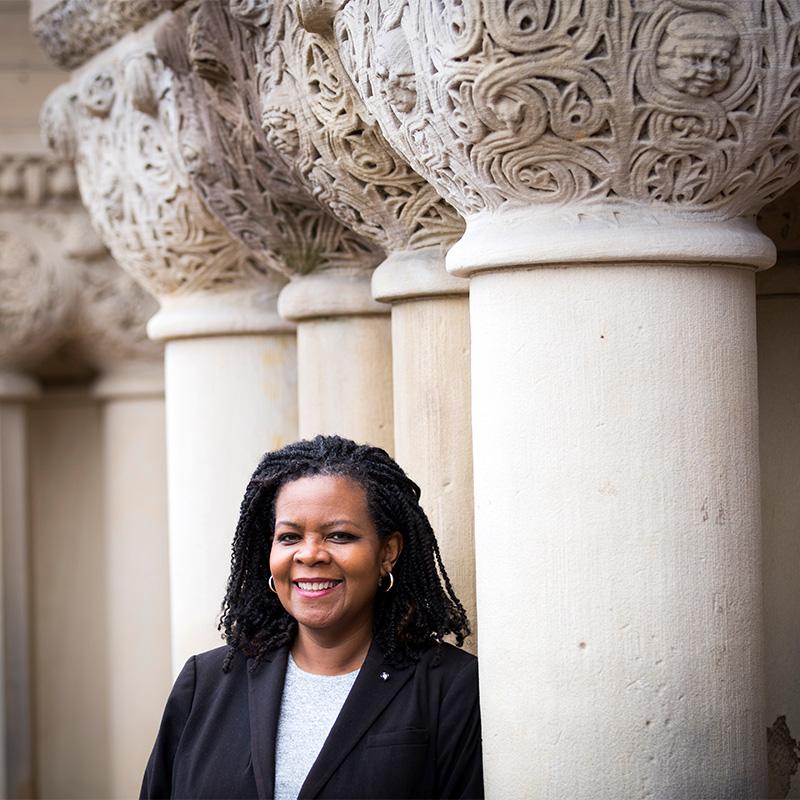 Annette Gordon-Reed spoke at UNH on April 7, 2022, in a talk titled Thomas Jefferson: Revolutionary, President and Visionary. Gordon-Reed discussed how Jefferson’s views about the Enlightenment shaped his attitude about being a revolutionary, his presidency and his post-presidency activities, as he contemplated the future of the country he helped to found.

Gordon-Reed is a professor of history at Harvard University, the Carl M. Loeb University Professor at Harvard Law School and the award-winning author of six books. Her latest book, "On Juneteenth," sets out to capture the integral importance of the holiday to American history. It quickly became a New York Times bestseller, was featured on the magazine’s 100 Notable Books list and chosen as one of its top five non-fiction books of the year.

Gordon-Reed is also the author of "The Hemingses of Monticello: An American Family," which won the Pulitzer Prize for history and the National Book Award for nonfiction — along with fourteen other awards. It explores the inconsistencies of Jefferson’s stance on slavery and his relationship with enslaved woman Sally Hemings, and has been called “the best study of a slave family ever written” by noted Jefferson scholar Joseph Ellis.

Among Gordon-Reed’s many honors are the National Humanities Medal, a Guggenheim Fellowship and a MacArthur Fellowship. 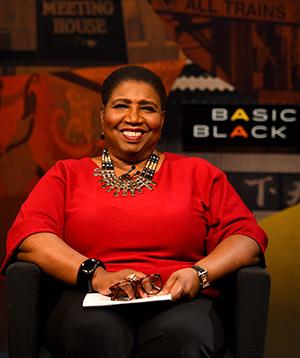 Callie Crossley, award-winning journalist and filmmaker, moderated two panels: The 2020 Election: What Might Happen and What it Might Mean, on Oct. 12, 2020, and The 2020 Election: What Happened and Why, on Nov. 10, 2020. Just weeks before the election, Crossley guided the first conversation, with Tito Jackson ’99, former Boston city counselor and mayoral candidate; Emily Baer, UNH assistant professor of political science; and Kurk Dorsey, UNH professor of history, about the potential outcomes of the 2020 elections, covering the presidential and congressional races, as well as New Hampshire’s contests. One week after the election, Crossley returned to moderate a discussion with Jennifer Horn, co-founder of the Lincoln Project and former chair of the NH Republican Party; Andrew Smith, UNH professor of practice in political science and director of the UNH Survey Center; and Jason Sokol, UNH professor of history to examine the outcomes of the elections as well as the issues and forces that shaped the electorate’s will in 2020.

Crossley is a Boston-based radio and tv host, commentator and public speaker. She hosts WGBH’s Under the Radar with Callie Crossley, provides Monday morning commentaries on WGBH’s Morning Edition, appears on WGBH-TV’s Beat the Press and hosts Basic Black, which focuses on current events concerning communities of color. Crossley has won numerous awards for journalism and documentary film, including a National Emmy, the Gold Alfred I. Dupont-Columbia Award, plus Associated Press, Edward R. Murrow, and Clarion Awards, and top honors from the Public Radio News Directors. She is the first African American to win an Oscar nomination in the Documentary Feature category. 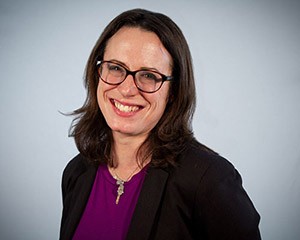 Maggie Haberman, New York Times White House correspondent and CNN political analyst, spoke at the University of New Hampshire on Oct. 22, 2019. The evening was titled President Trump and the Press: A Conversation with Maggie Haberman and featured Haberman in an interview-style conversation with UNH political scientist Dante Scala. Haberman is one of the country’s most respected journalists and reliable resources for expert commentary on current events and national issues. In 2018, she and her team at the New York Times received the Pulitzer Prize for National Reporting for their coverage of the Trump administration and alleged Russian interference in the 2016 U.S. Presidential campaign, and the Aldo Beckman Award from the White House Correspondents’ Association. 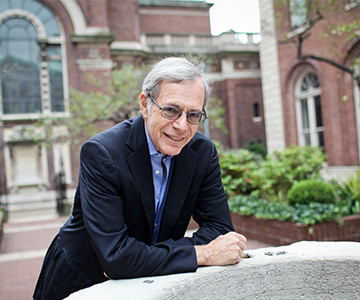 Eric Foner delivered a lecture titled The Fiery Trial: Abraham Lincoln and Slavery on October 23, 2017. Foner is one of America's most prominent historians, writing and speaking widely on the Civil War and Reconstruction, slavery and nineteenth-century America. His 1988 book, "Reconstruction: America's Unfinished Revolution, 1863-1877" won the Bancroft Prize, the Parkman Prize and the Los Angeles Times Book Award. His 2010 book, "The Fiery Trial: Abraham Lincoln and American Slavery," won the Bancroft Prize, the Pulitzer Prize for History and The Lincoln Prize, among other awards. 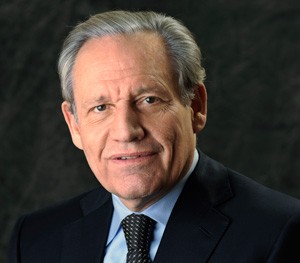 Bob Woodward, renowned investigative journalist and author, spoke at the University of New Hampshire on December 6, 2016. His talk was titled The Age of the American Presidency from Nixon to Now. Woodward is an associate editor of The Washington Post. He has shared in two Pulitzer Prizes, first in 1973 for the coverage of the Watergate scandal with Carl Bernstein, and second in 2002 as the lead reporter for coverage of the 9/11 terrorist attacks. He has authored or coauthored 18 books, all of which have been national non-fiction bestsellers. 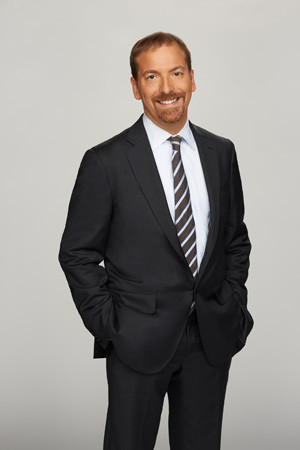 Chuck Todd, moderator and managing editor of “Meet the Press,” NBC’s flagship public affairs program and the longest-running broadcast in television history, spoke at the University of New Hampshire on October 14, 2015. 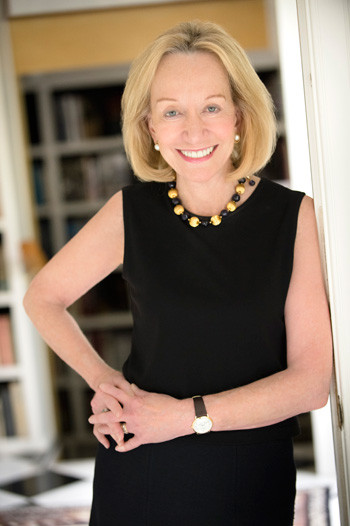 The second lecture in the series was delivered on September 29, 2014 by Doris Kearns Goodwin, world-renowned presidential historian and Pulitzer Prize-winning author. Goodwin is the author of six critically acclaimed and New York Times best-selling books, including her most recent, "The Bully Pulpit: Theodore Roosevelt, William Howard Taft, and the Golden Age of Journalism" (November, 2013). Her talk was titled, Leadership Lessons of History: Doris Kearns Goodwin on the American Presidents. 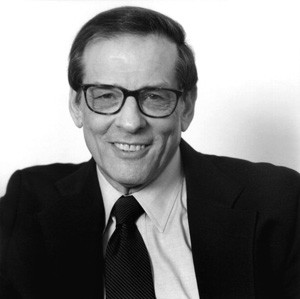 The inaugural lecture took place on September 27, 2013 with Robert A. Caro, Pulitzer Prize winner, renowned presidential historian, and author of four volumes of "The Years of Lyndon Johnson." His talk was titled, Fifty Years Ago: John F. Kennedy, Lyndon Johnson and November 22, 1963.