Center for the Humanities

The James H. Hayes and Claire Short Hayes Professor of the Humanities 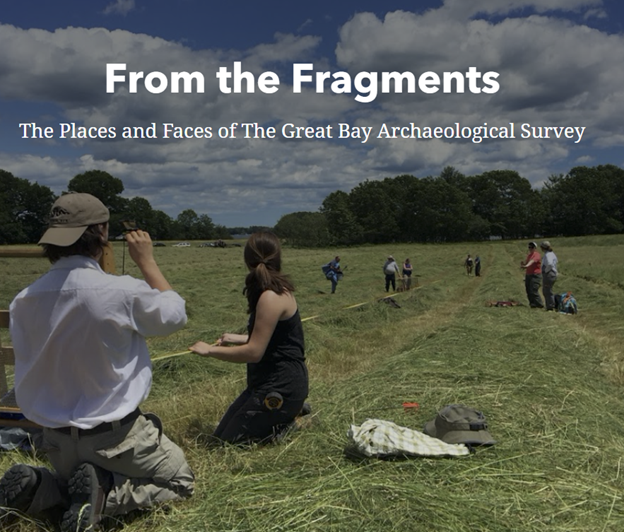 Visit  From the Fragments: The Places and Faces of The Great Bay Archaeological Survey

The GBAS StoryMap and GBAS Project was funded by the James H. and Claire Short Hayes Professorship of the Humanities, held from 2016 to 2021 by anthropology Professor Meghan Howey and housed in the UNH Center for the Humanities. the project was also supported by an Andrew Carnegie Fellowship. 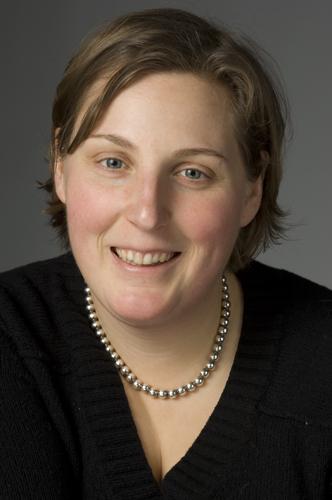 In fall 2016, Meghan Howey, Professor of Anthropology and Affiliate Associate Professor of Earth Systems Research Center, began a full-term appointment as the James H. Hayes and Claire Short Hayes Professor of the Humanities, commonly known as the Hayes Chair. Howey worked on A Deep Time, Multi-Archive Narrative of the Anthropocene in the Great Bay.

While the Anthropocene has not been formally designated yet as a geologic epoch, many scientists agree that given the major impact of human activities on earth and atmosphere, we are living a human-dominated geological epoch supplementing the Holocene.

With students, community volunteers, and tribal consultants, Howey conducted archaeological survey, excavation, collections analysis, and archival research on Precontact (ca. 9500 BC to 1600 AD) and Historic period (ca. 1600 to 1900 AD) occupation in the Great Bay Estuary to understand historical cycles of resource decisions, depletions, and capacities for cultural and ecological resilience, as well as the lessons these hold for broader conversations about our ongoing transformation of the natural world in the Anthropocene.

Estuaries are highly sensitive ecosystems that provide “first alarm” indicators about the combined effects of non-climatic human activities and anthropogenic climatic stressors on coastal ecosystems. The Great Bay Estuary is the single largest estuarine system on the Gulf of Maine and one of the most complex and recessed embayments found on all of the Atlantic Ocean.

Of the project, Howey says, "My research has increasingly focused on collaborating with natural scientists to look at ecosystem conditions within the context of the long and variable history of human population influence and to use these deep-time perspectives to improve our understanding of current anthropogenic change. The Anthropocene is an emergent concept or frame that encapsulates these ideas and emphasizes the permanency of the human impact on the earth. This frame, though, needs more theorizing and research by humanists and social scientists. Beyond trying to isolate when, we must also be asking what social, economic, and ideological processes led to our current state of dominant, potentially catastrophic, impact on the earth. How did past societies perceive, or fail to perceive, their impact on the natural world and how did this affect their quality of life? How do such historical trajectories inform us and ecosystems today?"

“Native people--in particular, the Abenaki people who have always made New Hampshire part of their homeland--have taught me to rethink the very idea of New Hampshire.”

During her five years as Hayes Chair, Associate Professor of English Siobhan Senier studied and supported a growing interest among tribal historians and authors in disseminating and protecting their work and cultural heritage, both in print and online. In 2014, Senier published Dawnland Voices: An Anthology of Indigenous Writing from New England (University of Nebraska Press).  The anthology’s companion website, dawnlandvoices.org, will feature Abenaki poet Cheryl Savageau as the first editor in chief.  A monograph, Sovereignty and Sustainability: Indigenous Writing in New England in the Twentieth Century and Beyond, is also forthcoming with University of Nebraska Press. Among her many other accomplishments and activities, Senier traveled with tribal partners to the Association of Tribal Archives, Libraries and Museums in Washington, DC, where Donald Soctomah (Passamaquoddy) received a lifetime achievement medal and Loren Spears (Narragansett) met officers from the Institute of Museum and Library Studies and was subsequently invited to the White House to be honored for her work. At Yale University, Senier, Soctomah, and Spears will be facilitating workshops on digitizing Native American materials.   Senier and tribal elders presented at the Indigenous Literary Studies Association in Canada; the New England Modern Language Association; the Modern Language Association, and the Century for 21st Century Studies at the University of Wisconsin-Milwaukee. The Hayes Chair also supported five years of an Indigenous New England Conference.

Senier’s original short term as Hayes Chair (2010) provided her with the opportunity to conduct extensive research on the Abenaki people who have always made New Hampshire part of their homeland. “Abenaki territory extends down into western Massachusetts, across Vermont and up  into Canada; Abenaki people today maintain connections and do their tribal and cultural work across those borders," Senier says.  "Teaching and writing about Native New Hampshire therefore involves thinking about how New Hampshire’s identity is intertwined with broader regional and ethnic identities.”  Her research was the basis for Dawnland Voices and a new course for UNH undergraduates.

Northern New England played a much more important role in early colonial American history than scholars have realized. To fully understand how and why that is so, much more work remains to be done on colonial New Hampshire.”

During her year as Hayes Chair in 2011, Cynthia Van Zandt continued to investigate how the early history of New Hampshire connected with her book project. That research explores the unsubstantiated fears of seventeenth-century Protestants about a world-wide Catholic conspiracy.  Van Zandt’s goals were to understand how those fears among New Hampshire Protestant colonists impacted tensions with the Catholic and French settlers to their north and east.  She also compared and contrasted the attitudes of New Hampshire colonists with those of other New England Protestants in the 1680s.

Until her retirement from UNH in 2009, Nina Glick Schiller, one of the foremost scholars of international migration in the United States, used her tenure as Hayes Chair to conduct ethnographic studies of refugee incorporation in New Hampshire. She also engaged students in her research work and mentored them as they organized a non-profit student group to aid refugees in the state. She states, "Much in the New Hampshire immigrant experience of settlement and transnational connection challenges commonly held ideas about both immigration and New Hampshire." During the summer of 2009, Glick Schiller published a groundbreaking study of refugee resettlement in New Hampshire.

During his five years as Hayes Chair, most of Jeff Bolster's work focused on the social and environmental history of coastal New England, including the coast of New Hampshire. He researched and wrote a book entitled, Changes in the Sea: New England Fishermen and Coastal Ecology in the Age of Sail. Through the Chair, Bolster was able to initiate a series of collaborative endeavors and public outreach projects that attracted additional grants from outside agencies, funding numerous graduate teaching and research assistants. "My signature collaboration," Bolster says, "was part of the interdisciplinary group at UNH in marine environmental history. Partnering with Professor Andy Rosenberg, Professor of Natural Resources in the Institute for the Study of Earth, Oceans and Space (EOS), we assembled a team of historians, ecologists, and biostatisticians to reconstruct aspects of past Marine ecosystems affected by humans." Bolster also redesigned a history of New Hampshire class into a writing-intensive, place-based inquiry course.

As Hayes Chair, David Watters researched New Hampshire literature and culture and was co-editor of the Encyclopedia of New England (Yale University Press, 2005), one of the largest interdisciplinary projects in the country. "Without the support of the Hayes Chair," says Watters, "the ENE could not have been completed." Watters' accomplishments as Hayes Chair include sponsoring a series of teacher workshops and conferences on topics such as Native Americans in New England and Robert Frost. He worked with StoryLines America to create a nationally syndicated book discussion series on New England authors. The series ran on New Hampshire Public Radio over a 13-week period. Watters also developed new courses in New Hampshire literature and in New England culture. "The Hayes Chair transformed my career at UNH by supporting work on regional culture. It continues to lead me to new research and teaching on New Hampshire, such as my publications on Harriet Wilson and the creation of the annual Black New England Conference."

Charles Clark was the first appointee to the Hayes Chair; his appointment was suggested by Jim Hayes himself. Reflecting upon his appointment, Clark explains, "I took it as my first responsibility, in accordance with the language of the Hayes grant, to further develop and embellish the New Hampshire history course for undergraduates that I had already been teaching from time to time." While serving as the Hayes Chair, Clark began research on the transitional period in New Hampshire from pre- to post-Revolution for his book From Province to State. He also began and finished The Meetinghouse Tragedy: An Episode in the Life of a New England Town (University Press of New England, 1998), a story that the journal Historical New Hampshire called "a personal and vibrant insight into the everyday lives of New Hampshire residents at the time of the American Revolution." Clark also contributed quite heavily to the Encyclopedia of New England, wrote several other encyclopedia articles on New Hampshire, and made quite a few contributions both to the New National Biography and the American National Biography.

Clark says, "The Chair was a tremendous honor, since at that time it was the first and only endowed chair in the College of Liberal Arts, and it shaped most of what was and is left of my scholarly career. In other words, it still influences what I am trying to do more than a decade after my retirement, and I am proud to be able to carry the name of that chair as part of my emeritus title."