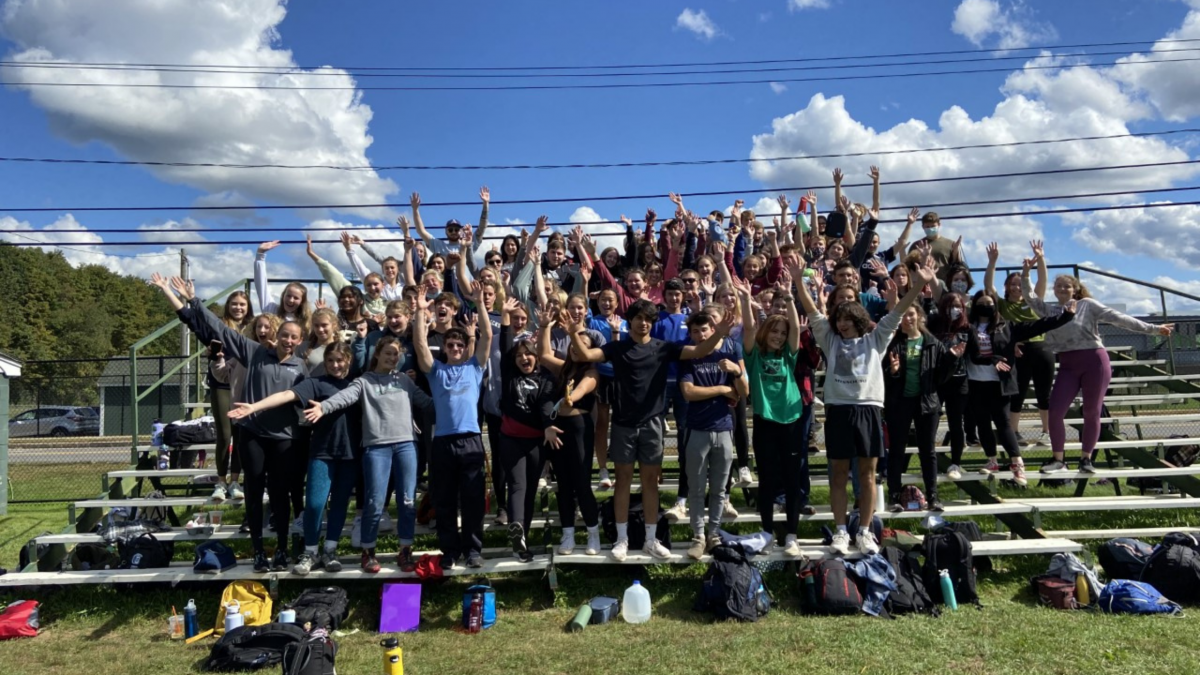 Project SEARCH is designed to provide an on-campus, intellectually challenging experience for academically motivated high school students. The program has been in operation since 1983, and the total program enrollment ranges from 200-225 students.

SEARCH's mission is to provide a forum in a college campus setting where high school students from southeastern New Hampshire and southern Maine can experience a series of presentations covering challenging interdisciplinary topics and interact with each other in discussion groups. 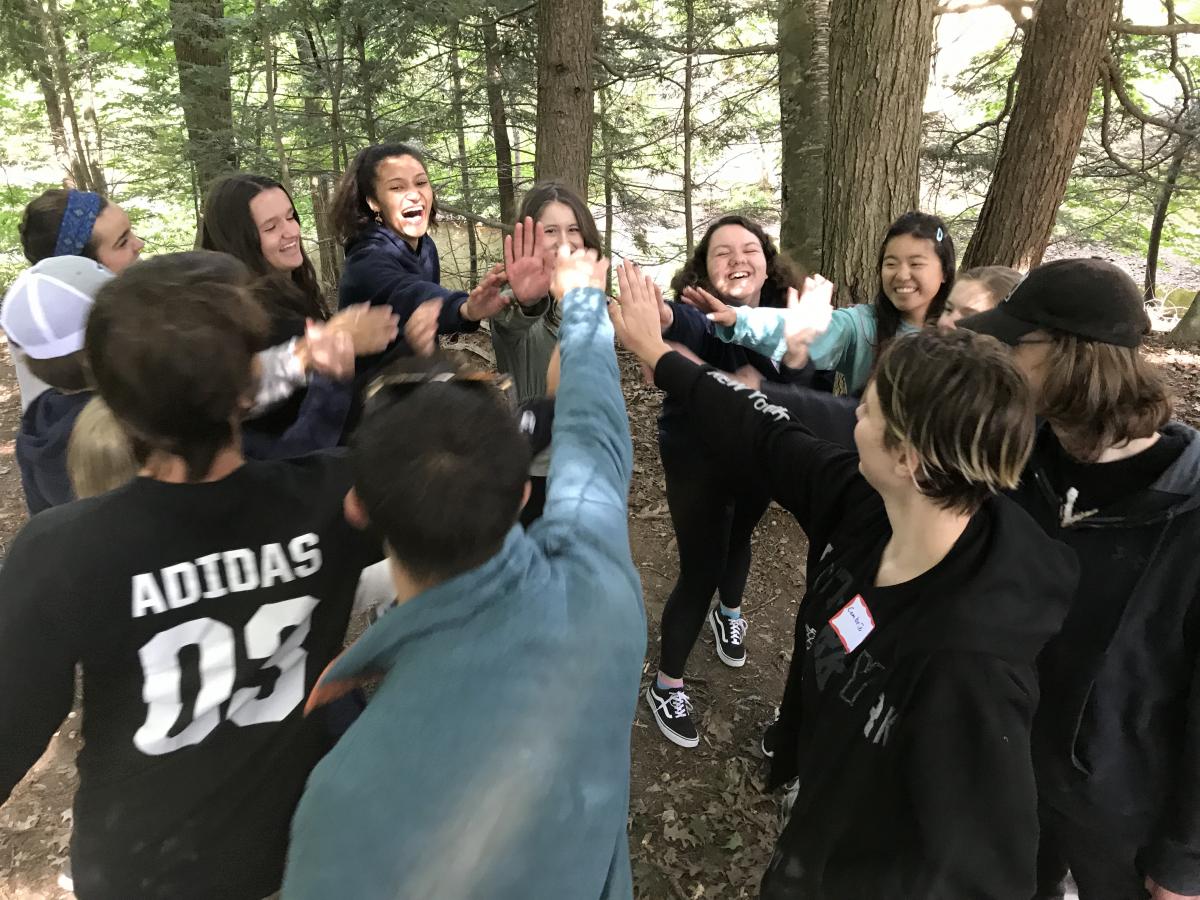 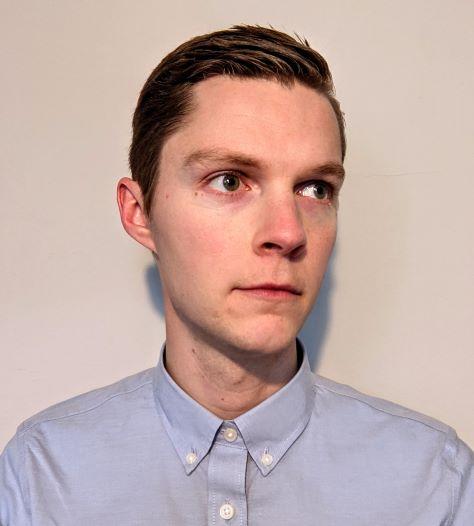 Jason is a Senior Reporter/Producer on New Hampshire Public Radio's investigative longform reporting team, Document. His work includes the podcast Bear Brook, which has been downloaded more than 17 million times, and was called one of the best podcasts of 2018 by The New Yorker magazine. Previously, Jason was a beat reporter in the NHPR newsroom where, at various times, he covered education, politics, and health. Jason grew up in Remlap, Alabama and attended Bennington College in Vermont. 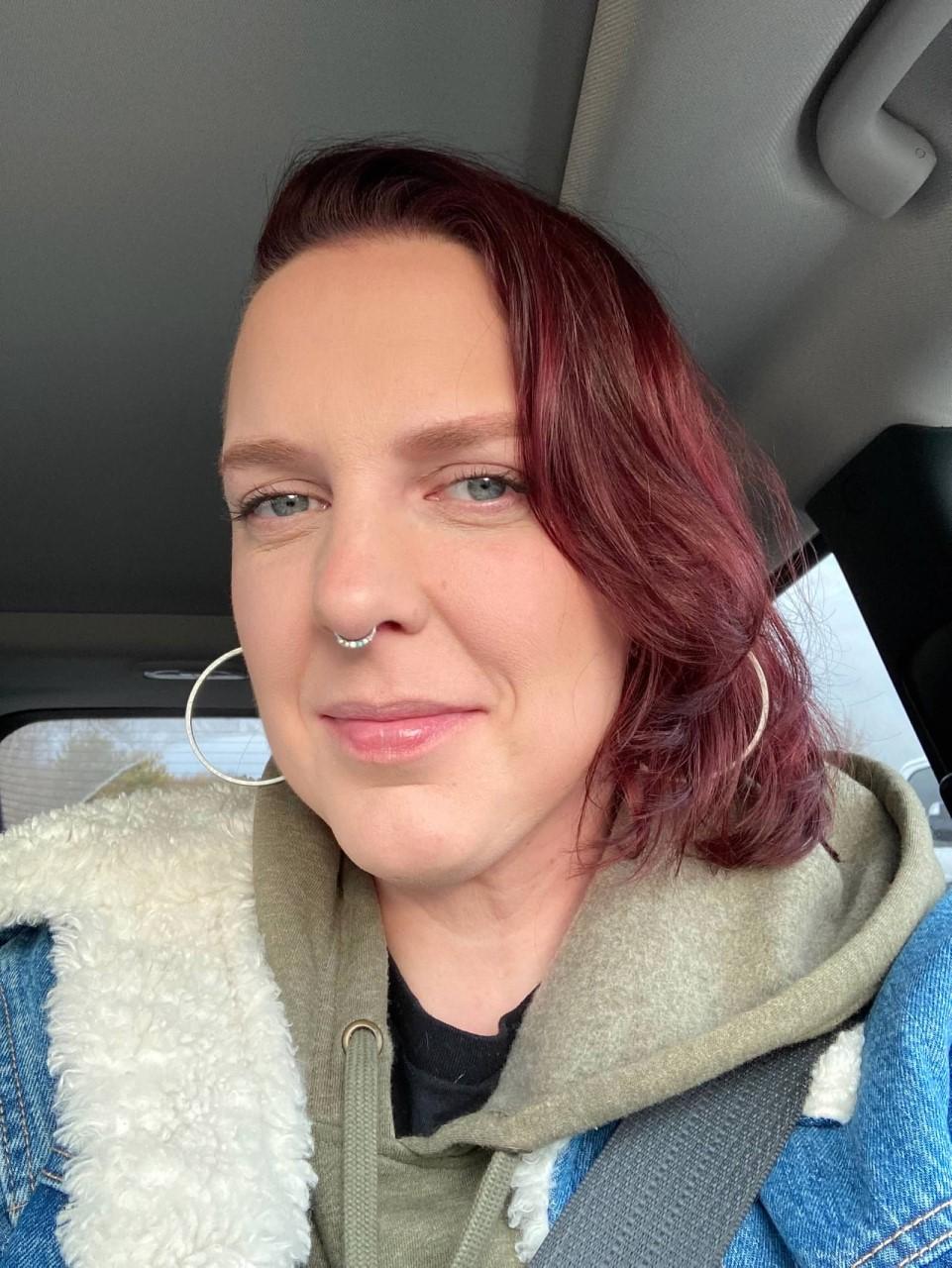 Cynthia Mousseau is a staff attorney at the New England Innocence Project. Cynthia’s desire to pursue a deeper, more creative form of advocacy and her love of science inspires her work at NEIP. She participates in planning educational events for attorneys and works with other people in New Hampshire to advise on and support important New Hampshire legislative reforms. In addition to screening and litigating NEIP post-conviction cases, Cynthia also works with attorneys pre-trial in an effort to prevent wrongful convictions before they happen. Prior to joining NEIP, Cynthia worked as a public defender in both Massachusetts and New Hampshire. She graduated from UNH Law in 2008 and the University of Rochester in 2005. Pronouns: she/her/hers 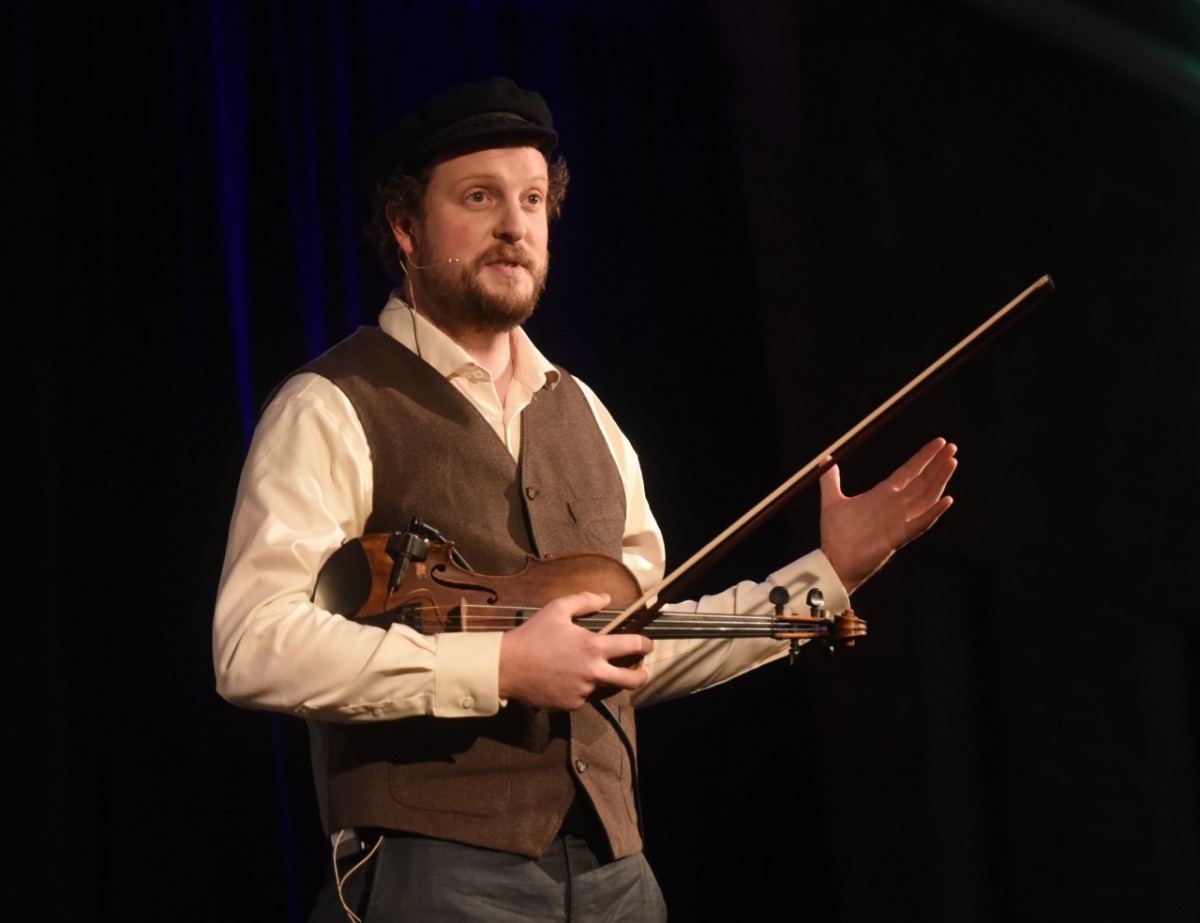 Bringing fresh energy to traditional Celtic music, Jordan Tirrell-Wysocki was first recognized as part of New Hampshire’s musical culture at the age of 12, when he was the youngest member of the delegation representing the state at The Smithsonian Folklife Festival. He grew up on a combination of contra dances and Celtic music, releasing multiple recordings and performing regularly around New England for over twenty-five years. Though he has toured nationally with award-winning bands in various genres, his primary focus is on his own group, the Jordan TW Trio. Featuring Matthew Jensen on guitar and Chris Noyes on upright bass, the trio performs traditional Celtic tunes and classic Irish sing-alongs, as well as their own compositions. They have appeared multiple times on NHPR’s The Folk Show and on WMUR’s NH Chronicle, as well as providing music for events ranging from Ted Talks to children’s programs to holiday variety shows, in addition to their concerts.

In 2013 the NH State Council on The Arts named Jordan a “Master Artist” and in 2016 he was named “Best Fiddler” by New Hampshire Magazine. He has collaborated with names such as Máiréad Nesbitt (Celtic Woman, Lord of The Dance), Ciaran Nagle (Riverdance, Ishna) and Ernest Thompson (On Golden Pond). With various bands he has opened for Irish legends Tommy Makem and Derek Warfield of The Wolfetones, as well as Willie Nelson, Charlie Daniels and Blues Traveler among others. He has written soundtracks for audiobooks and television (including the New England Emmy®-nominated theme music for NH Chronicle), appeared as a guest on over 80 albums, and continues to perform regularly at concert halls, listening room, festivals and private events, mostly in the Northeast. More info at www.JordanTWmusic.com

Christopher Clauss is an introvert, Ravenclaw, father, poet, and middle school science teacher from Chesterfield, NH. He has represented New Hampshire six times at the National Poetry Slam as a member of the Slam Free or Die poetry slam team.  His work explores the bliss and turmoil of faith, teaching, parenting, marriage, and community in rural New Hampshire, as well as the obligatory science and nonsense. Christopher’s poems have been published in New York Quarterly, Plants and Poetry Journal, Sylvia, and Bureau of Complaint.  His mother believes his poetry is "just wonderful." Both of his daughters declare that he is the "best daddy they have," and his pre-teen science students rave that he is "Fine, I guess.  Whatever."

Red Maienza is a non-binary lesbian poet, organizer, and eating disorder survivor from New England. Their work has been featured by great weather for MEDIA, NHPR, and elsewhere. They have competed with their poems both regionally and nationally since 2017, and was a finalist at the Feminine Empowerment Movement Slam with their teammates in 2018. Their work deals with topics such as eating disorder recovery, trauma healing, queerness, and the way those topics can intersect. They can be found on instagram @depressoshot

Clark Hartman (they/them/theirs) is a trans poet and photographer who focuses on trauma, gender, and retrospection. They are received their BFA in photography and creative writing at the New Hampshire Institute of Art. They are the co-organizer of Slam Free or Die in Manchester NH. Clark is known best for their documentary photography of the NorthBeast slam scene including FEMS 2018 &2019 and VOX POP 2018 &2019. You can find their work in their self published, hand bound chapbooks “What the Cliffs Would Tell the Sea” and “oh shit. I love you” 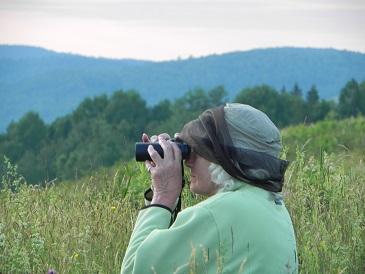 Chris’ interest in wild canids began in the 1970s as a volunteer raising a wolf pup at the Wolf Park in Battleground, Indiana.  This opportunity and others inspired an eventual Masters in Conservation Biology at Antioch University in Keene.  Her thesis focused on the Natural Recovery of the Eastern Timber Wolf in Michigan. Chris lived in Michigan and Minnesota during the early 1980s where her research into the gray wolf continued and her speaking career began.

Beginning in the early 1990s, Chris taught in the Natural Resources Department at UNH, receiving many teaching excellence awards.  She also instructed and mentored adult degree candidates in the UNH System at Granite State College.

While wolf recovery was the focus of her early work, Chris’ attention shifted to the Eastern Coyote when she and her flock of sheep moved to New England. She is now the NH and VT Representative for Project Coyote, a national organization promoting coexistence with coyotes. Chris co-founded the NH Wildlife Coalition which advocates for better conservation of predators.  She is New Hampshire’s Coyote Expert and provides presentations throughout New England.  She also Chairs the Webster Conservation Commission. 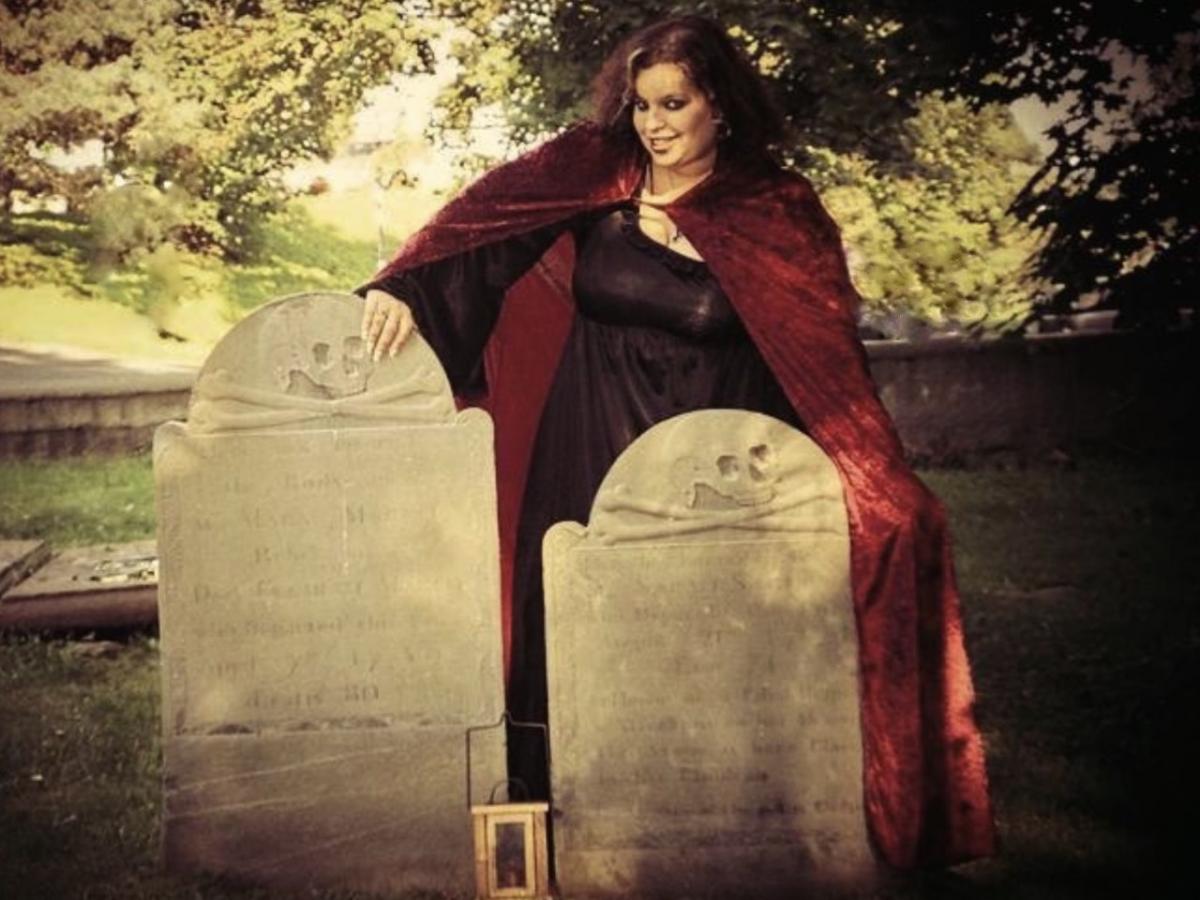 New England’s Mystery Maven, Roxie Zwicker has been entertaining the locals, visitors from away and curious souls since 1994. Her company New England Curiosities, located in Portsmouth, NH has been offering award winning tours, presentations and special events since 2002 based on New England folklore and ghost stories. Roxie's TV appearances include New Hampshire Chronicle, New England Cable News, The History Channel and the Travel Channel!   Roxie is a published author of 8 books that delve into history, legends and lore. Her website can be found at www.newenglandcuriosities.com 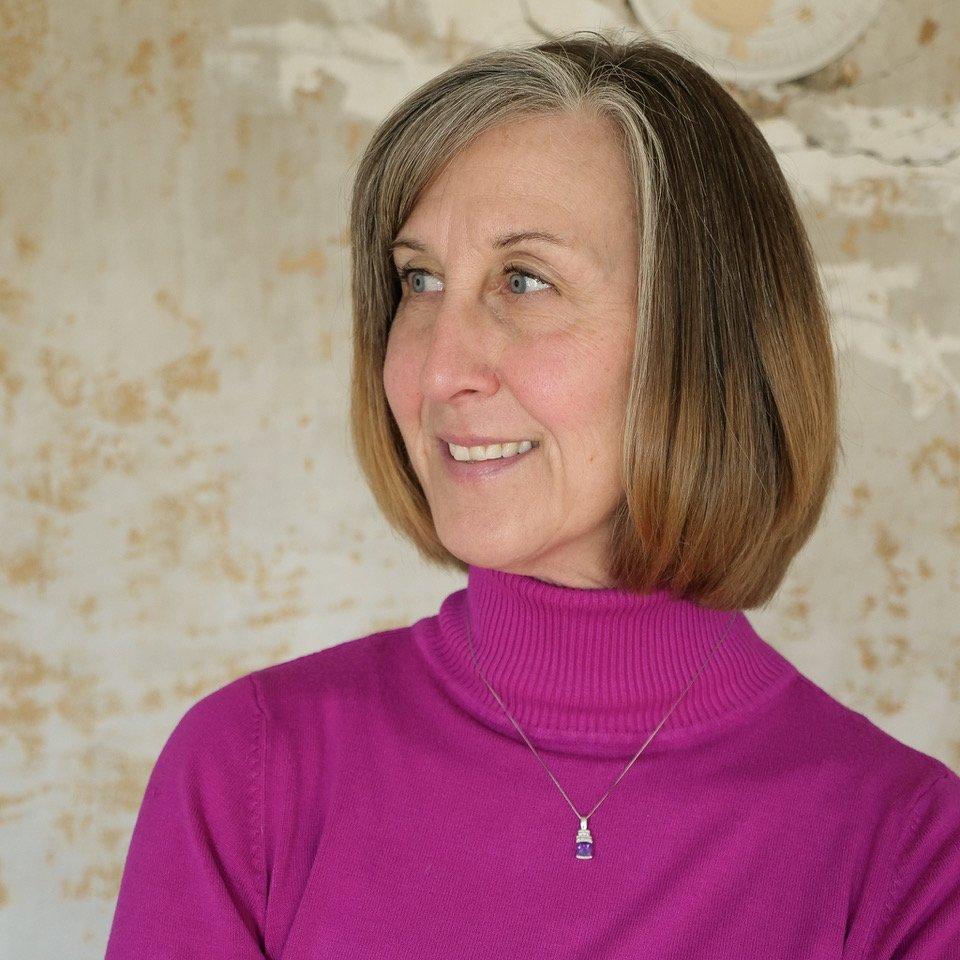 I am a Licensed Clinical Mental Health Counselor in private practice with 30 years of experience working with children, young adults and families. I hold licenses in New Hampshire and Massachusetts. I hold a certification as a Child and Adolescent Trauma Professional through the International Association of Trauma Professionals.

I possess a Bachelor of Science degree in Criminal Justice, A Master of Arts degree in Counseling Psychology, and a Doctoral degree in Educational Leadership and Learning. I have experience providing clinical services to youth and families in public and private educational settings, juvenile justice facilities, community-based settings, residential facilities, and home settings. I have training in individual, group and family therapy. The majority of my career has been spent working with young adults who experience issues with anxiety, mood regulation, behavior, trauma, and social relationships.

I have lived on the Seacoast of New Hampshire for over 15 years with my husband and twin boys. I enjoy skiing, biking, walking, going to the gym, and traveling with family and friends. 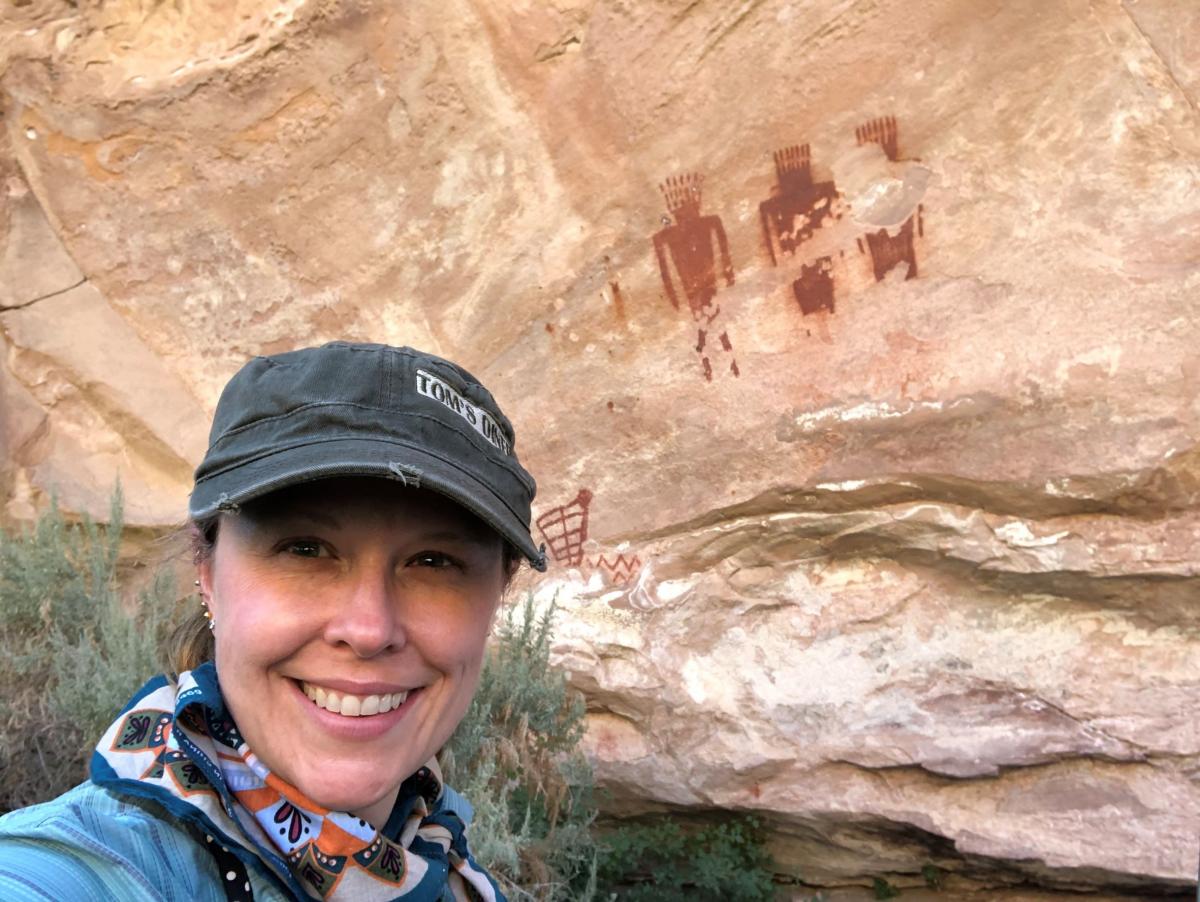 Leslie is a Lecturer of Anthropology at the University of New Hampshire where she is involved in various fields of research involving archaeology, bioarchaeology, forensic anthropology, and stable isotope biogeochemistry. She earned her Ph.D. in Anthropology from the University of Wyoming in 2017, and - since learning is a lifelong process - she is currently earning a Master’s in Public Health in Epidemiology and Biostatistics at the University of South Florida. Leslie’s current research focuses on stable isotope biogeochemical methods for tracing mobility and assessing diet of individuals within the archaeological record as well as those from modern forensic cases. She is an active research member of the Trans Doe Task Force, which is dedicated to identifying previously unidentified individuals who may be transgender or gender variant. 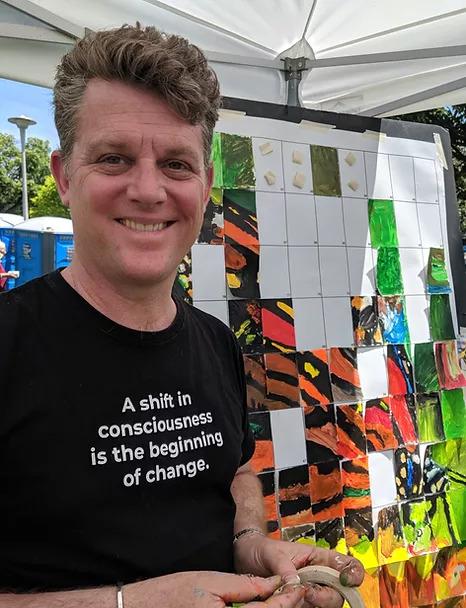 Eric Gold is an artist whose work explores collective consciousness in populations through the creation of art and community. Over the past ten years, Gold has led collaborative paintings with thousands of people across the US and Canada. All of his community painting events have been free to the public and inclusive to people of all backgrounds, abilities and ages.

Gold developed a process of creating paintings from 100 small pieces. The evolution of his technique sparked the exploration of co-creating portraits. He began facilitating community paintings as a means to engage people and elevate awareness.

His recent projects exhibited on permanent display for the public are at the Seacoast Science Center in Portsmouth, NH), the Center for Wildlife (Maine), and at eight offices of the CBC (Canadian Broadcasting Corp.).  Gold continues to work with communities as well as independently in the US and Canada.

Past presentations and discussions: