Keynote Speakers: Available to participants in the Summer Literacy Institutes

Bee Chamcharatsri (PhD, Composition and Applied Linguistics, IUP) is Associate Professor (joint appointed) in Department of Language, Literacy, and Sociocultural Studies and Department of English and Literature at University of New Mexico. His research interests include second language acquisition (SLA), emotions, second language (L2) writing, creative writing, and writing center. His publications appear in Asian EFL Journal, Journal of Response to Writing, Writing on the Edge, and many chapters in edited collections. 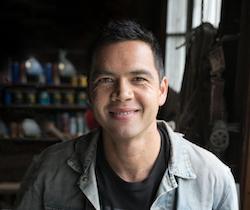 Jaed Coffin is the author of A Chant to Soothe Wild Elephants, a memoir about the summer he spent as a monk in his mother’s native Thailand. His most recent memoir, Roughhouse Friday, chronicles the year he won the middleweight title of a barroom boxing show in Alaska. A regular contributor to Down East Magazine, his essays and stories have appeared in the New York Times, Nautilus, Jezebel, The Sun, and many other publications. He’s been a featured speaker at TEDx and Moth Radio Hour, as well as a guest at over twenty colleges and universities. Jaed teaches creative writing at the University of New Hampshire and lives in Maine with his wife and two daughters. 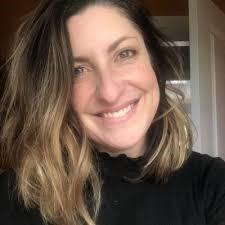 Shawna Coppola has been teaching for two decades, most recently as a K-6 literacy specialist. She has also taught courses through the NH Literacy Institutes, presents at a wide variety of national and regional conferences, and is a sought-after literacy consultant. Her debut book from Stenhouse Publishers, Renew! Become a Better--and More Authentic--Writing Teacher, was released in 2017. Her latest book on teaching writing, tentatively titled Writing, Redefined, is due out in the fall of 2019.

*Tracey Flores is a guest contributor and her keynote will be available for those enrolled in ENGL 920.2ON Writing Redefined: Possibilities and Practices for All Student Writers with Shawna Coppola 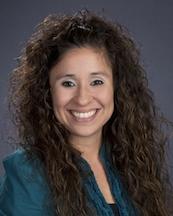 Tracey T. Flores is an assistant professor of Language and Literacy at the University of Texas at Austin where she teaches Language Arts Methods and Community Literacies in the K-5 teacher education program. Dr. Flores is a former English Language Development (ELD) and English Language Arts (ELA) teacher, working for eight years alongside culturally and linguistically diverse students and families in schools throughout Glendale and Phoenix, Arizona. Her research focuses on Latina girls' language and literacy practices, the teaching of young writers in culturally and linguistically diverse classrooms, and family and community literacies.

All other keynotes will available to all participants in the 2020 Summer Literacy Institutes throughout the months of July and August.  Keynote discussions and talks will be made available online through UNH’s CANVAS learning platform.