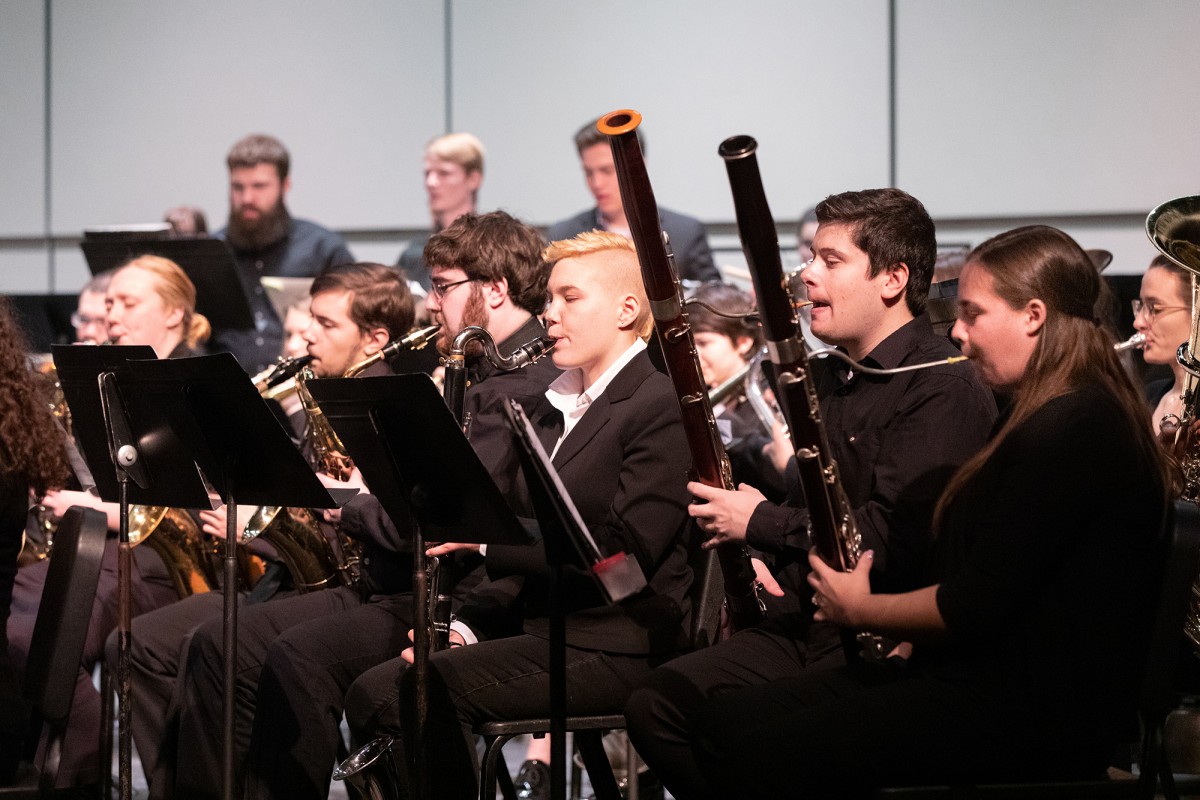 The Symphonic Band is a large ensemble that plays a wide range of serious concert music that encompasses traditional band literature, transcriptions and more recent works for winds. Symphonic Band is open by audition each fall. Conducted by professor Casey Goodwin, the Symphonic Band rehearses Tuesday and Thursday from 3:40 to 5:00 p.m. Those auditioning are strongly encouraged to prepare the excerpts required for Wind Symphony and/or Symphony Orchestra. 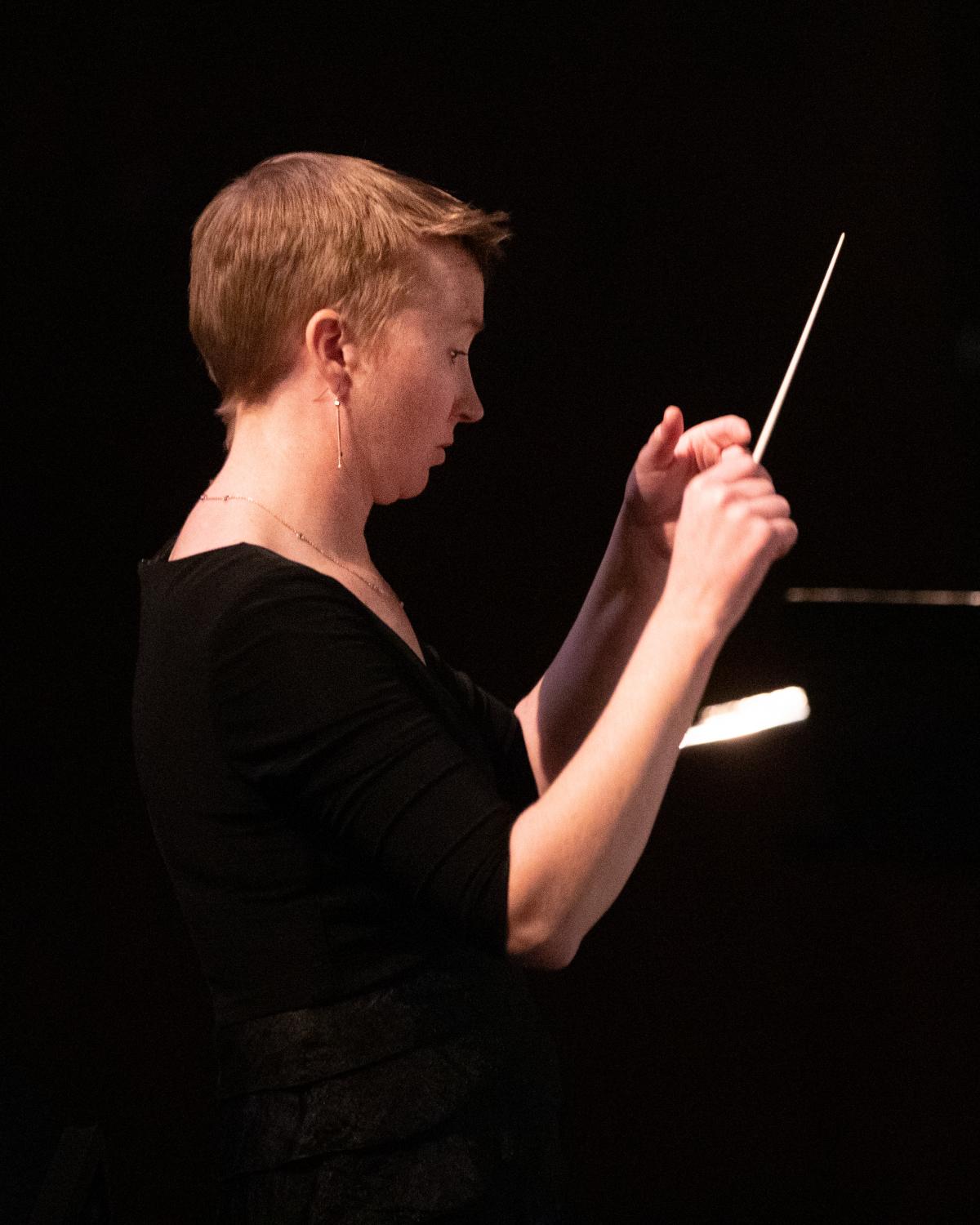 Casey Goodwin is a Senior Lecturer and currently serves as the Director of Athletic Bands at the University of New Hampshire, where she teaches undergraduate courses in the areas of conducting and music education and is responsible for directing the Wildcat Marching Band, UNH Concert Band, and Beast of the East Pep Band. Additionally, she is a faculty member and assistant coordinator of the University of New Hampshire Summer Youth Music School (SYMS) and a former conductor of the New Hampshire Youth Band. She is also the director of the Drum Major Track at the Summer Youth Music School. Goodwin earned her Bachelor of Music in Music Education and her Master of Arts in Music with an emphasis in music education and wind conducting from the University of New Hampshire in 2001 and 2006, respectively. While enrolled in graduate school, Goodwin was a graduate assistant with the University of New Hampshire Bands and Department of Music. Goodwin is a member of the College Band Directors' National Association, National Association for Music Education, New Hampshire Band Directors Association, and serves as the state Collegiate Coordinator for the New Hampshire Music Educators' Association (NHMEA) and former Northeast District Governor of Kappa Kappa Psi, national honorary fraternity for college band members. She previously served on the NHMEA Association Review/Restructuring committee as well as the national nominations and curriculum committees for Kappa Kappa Psi. Goodwin also advises the UNH chapters of Kappa Kappa Psi and National Association for Music Education (NAfME) and serves on the Department of Music Recruiting, Retention, and Scholarship Committee. Prior to her appointment at UNH, Goodwin was the Director of Instrumental Music at Marshwood High School in South Berwick, Maine, where she directed the MHS Concert Band, Marshwood Marching Hawks, Jazz Band, and pit orchestras for the district and high school musicals; started a string ensemble; and taught general music courses. The Marshwood Marching Hawks competed in the Maine Band Directors’ Association circuit, and Goodwin served as the webmaster for that organization. In 2010, Goodwin had the opportunity to perform on marching baritone with the Star of Indiana Drum and Bugle Corps alumni in exhibition at the Drum Corps International semifinals in Indianapolis, Indiana. In addition to her work at UNH, she is also an active guest conductor, adjudicator, and clinician throughout the northeast United States and has written drill and arranged music for several New England marching bands. Information about the UNH bands may be found at: bands.unh.edu.