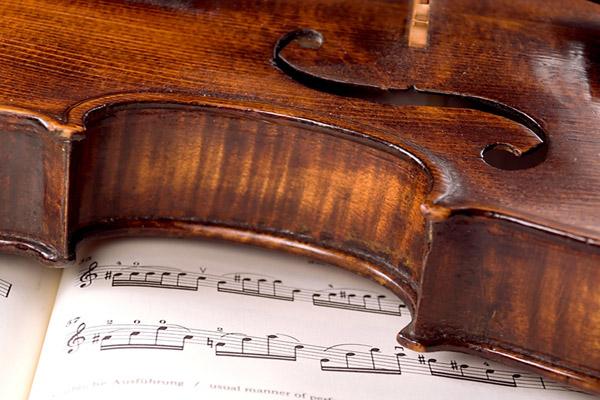 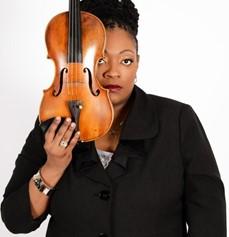 Mrs. Green-Hill is currently the Strings Director at Boston Arts Academy under the leadership of Gregory Holt, directing both technique and orchestral classes for the school’s string students. From 2012-2013, her role was expanded to teach violin at the Orchard Gardens School under the leadership of Principal Andrew Bott with his Arts Initiative Team also considered President Obama’s choice turn around school in Boston.

Mariana Green-Hill marks this upcoming year as the 15th anniversary as Founder and Director of Four Strings Academy, an intensive string program held during the summer geared to children, ages 4-18 and some adults, demonstrating the potential to become professional musicians and love for the art form.

​Along with these responsibilities, she currently serves as Interim Artistic Director of the Project STEP program located in Boston’s Symphony Hall, where she teaches, coaches and advises students and parents grades K-12. She normally serves as Artistic Advisor. Ms. Green-Hill also performs in various venues as a soloist and chamber musician and teaches privately and as a member of the New England Conservatory’s Preparatory Division. Mariana Green-Hill is a multi- prize Winner of The Sphinx Competition as well as the recipient of the 2009 Sanford Allen Award in recognition of her “artistic merit, persistence, and extraordinary achievement.” She has also won first place in the Boston Symphony Orchestra and the Harry and Marion Dubbs Competitions. Mrs. Green-Hill has been a featured guest soloist with the New Jersey, Memphis, Detroit, and Boston Symphony Orchestras and The Boston Pops. In addition to her solo performances, she is an experienced chamber and orchestral musician.  The Amaryllis String Quartet, of which she was a member, was awarded First Prize in the prestigious Fischoff Chamber Music Competition (Jr. Division).  Ms. Green-Hill has performed with YoYo Ma, Pamela Frank, Lynn Chang, Marcus Thomson, and with members of the Houston and Pittsburgh Symphony Orchestras. She was also a member of the Young Eight String Octet for six seasons.

​Mariana Green-Hill is one of the Concertmasters of Soulful Symphony, a symphony ensemble made up of classical orchestra, big-band and gospel choir. Their performance of “Song in a Strange Land” composed and directed by Darrin Atwater earned an Emmy. This ensemble has also performed in collaboration with members of the Baltimore Symphony Orchestra. Ms. Green-Hill is the one of the violinists of the MarNi Duothat performed for a benefit concert for the now President Barak Obama in Boston’s Jordan Hall.  She enjoys performing with non-classical musicians, and has recorded with gospel artists Donnie McClurkin and Richard Smallwood. She has also performed with the “Gorillaz,” and with Joss Stone and Alicia Keys. Ms. Green-Hill studied violin under the auspices of Project STEP and attended Walnut Hill School for the Arts. She received her Bachelor and Masters Degrees from The Juilliard School and a Professional Studies Diploma from the Mannes College of Music under the respective tutelage of the late Dean Stephen Clapp, Dr. Ann Setzer and Ida Kavafian.