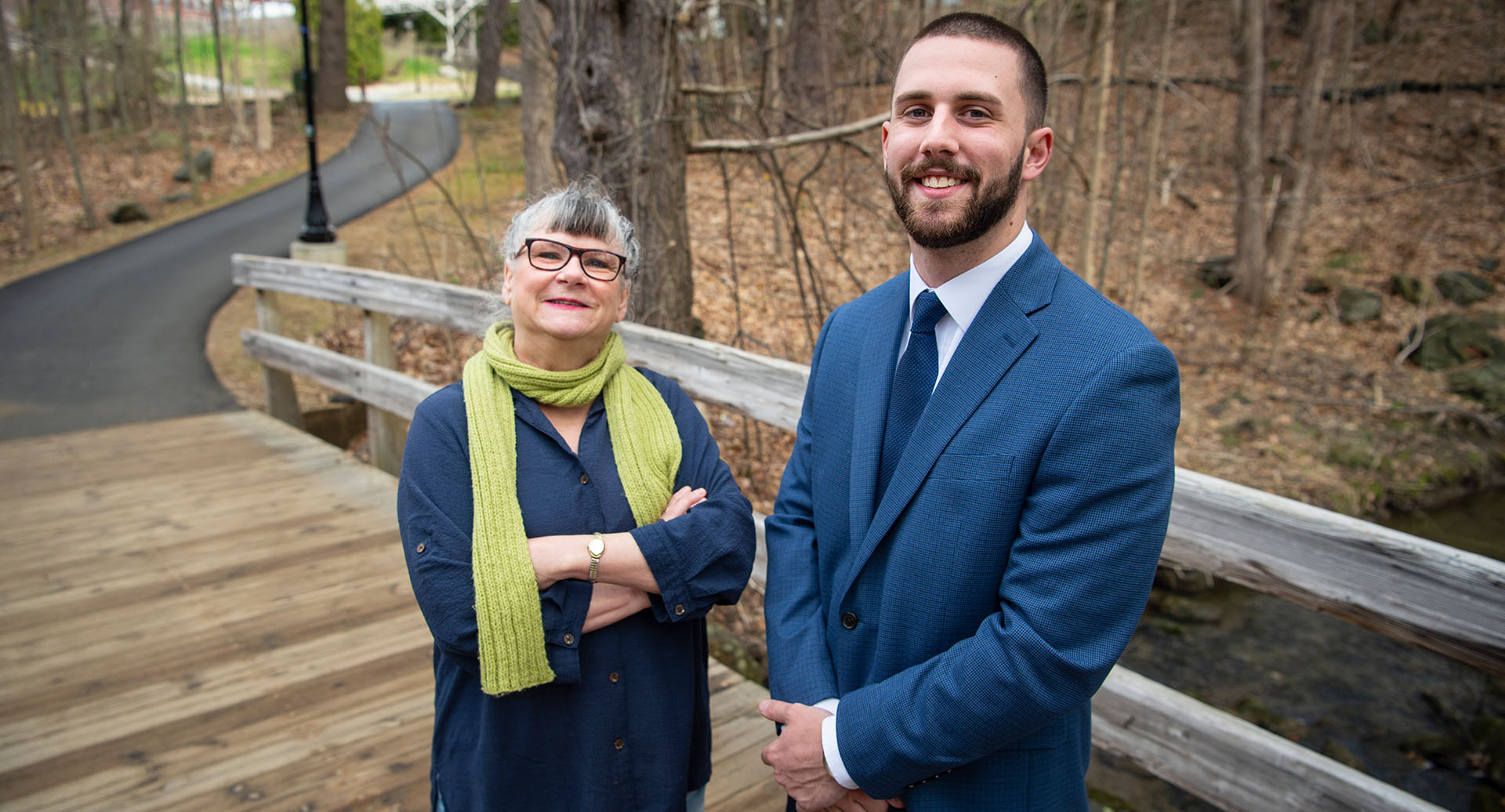 Cameron Brusko grew up in the football rich community of Bethlehem, Pa. However, when it came time to choose a university to attend (and play football), he chose to bring his talents to UNH and Sean “Coach Mac” McDonnell ’78.

As a justice studies and political science dual major and Wildcat linebacker, Cameron amassed a personal highlight reel that includes both academic and athletic accomplishments. In the classroom, he recalls with particular delight taking professor Andrew Macpherson’s course called Global Information Grid, which he says, “examined the uses and abuses of technology and social media in governments and societies around the world.”

On the sports side of the ledger, “nothing beat beating Richmond my freshman year,” Cameron attests. Coming off a tough loss and unsure of the future of their season, the Wildcat win over fourth-ranked Richmond restored their confidence and propelled them into the national tournament. “It taught me about perseverance, teamwork and what it truly meant to be a Wildcat,” he says.

Punctuality served Cameron well at UNH and will, undoubtedly, continue to serve him as he pursues his long-term goal of attending a premier law school.