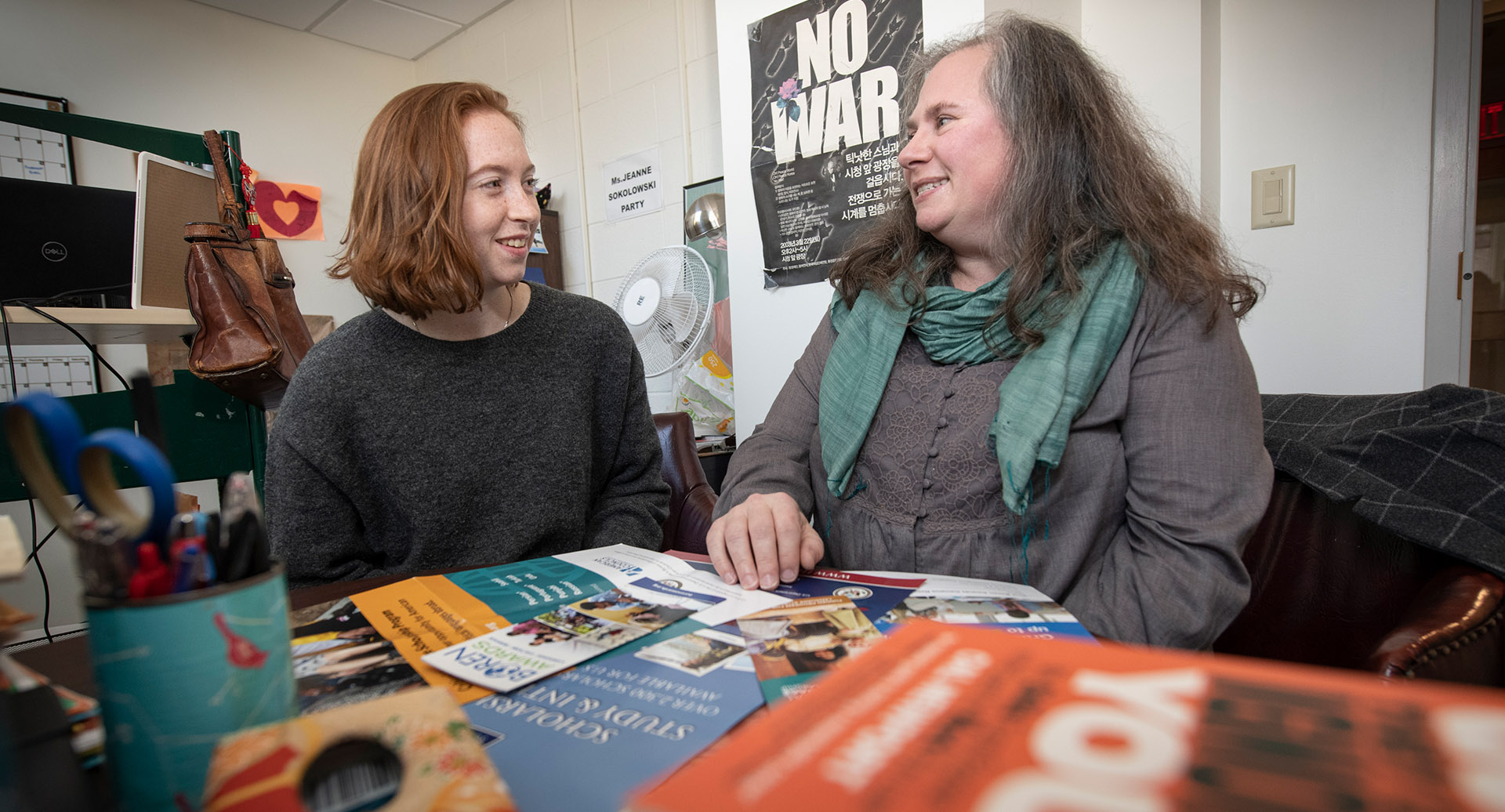 Granite Stater Darby O’Neil came to UNH in order to discover the world. She originally wanted to attend a university in Washington, D.C., but ultimately chose UNH because it was a better financial fit for her and her family. But that didn’t stop the political science and international affairs dual major from using the university’s international reach as a springboard for pursuing her passion for national and international politics.

After her freshman year, Darby spent the summer interning in Washington, D.C., in New Hampshire Senator Maggie Hassan’s office. The following summer saw her working for NextGen to encourage young voter turnout. In the fall semester of her junior year, she went to the Washington Center in the nation’s capital and interned with the Obama Foundation; that spring, she studied abroad in St. Petersburg, Russia, for three months before squeezing in a summer of independent research in Almaty, Kazakhstan, thanks to a UNH Summer Undergraduate Research Fellowship.

She’s capping off her senior year closer to home, interning with a political strategy firm in Concord, N.H.

Frequent flier miles aren’t the only things Darby’s collected at UNH. While she has spent a lot of time studying abroad, she’s also made time to immerse herself in the College Democrats and Russian Club. She served as a delegate with the UNH Model UN team and participated in the university’s oldest student organization, The Outing Club, “meeting new friends and going on awesome adventures in our great state of New Hampshire.”

Darby feels one of COLA’s great strengths lies in “allowing students to explore and encouraging them to become well-rounded global citizens.” She says she also appreciates the signature competencies underlying a liberal arts education. “No matter what field you work in, from journalism to computer science, you have to be able to problem-solve creatively and communicate your ideas effectively.”

Her own experiences have left Darby feeling pretty confident about life after UNH. She’s won a Fulbright grant to teach English in Kazakhstan, after which she says she’d “love to find work at an NGO” (non-governmental organization), joining her identical twin sister Rory ’19, who graduated early and currently resides in, you guessed it, the nation’s capital.