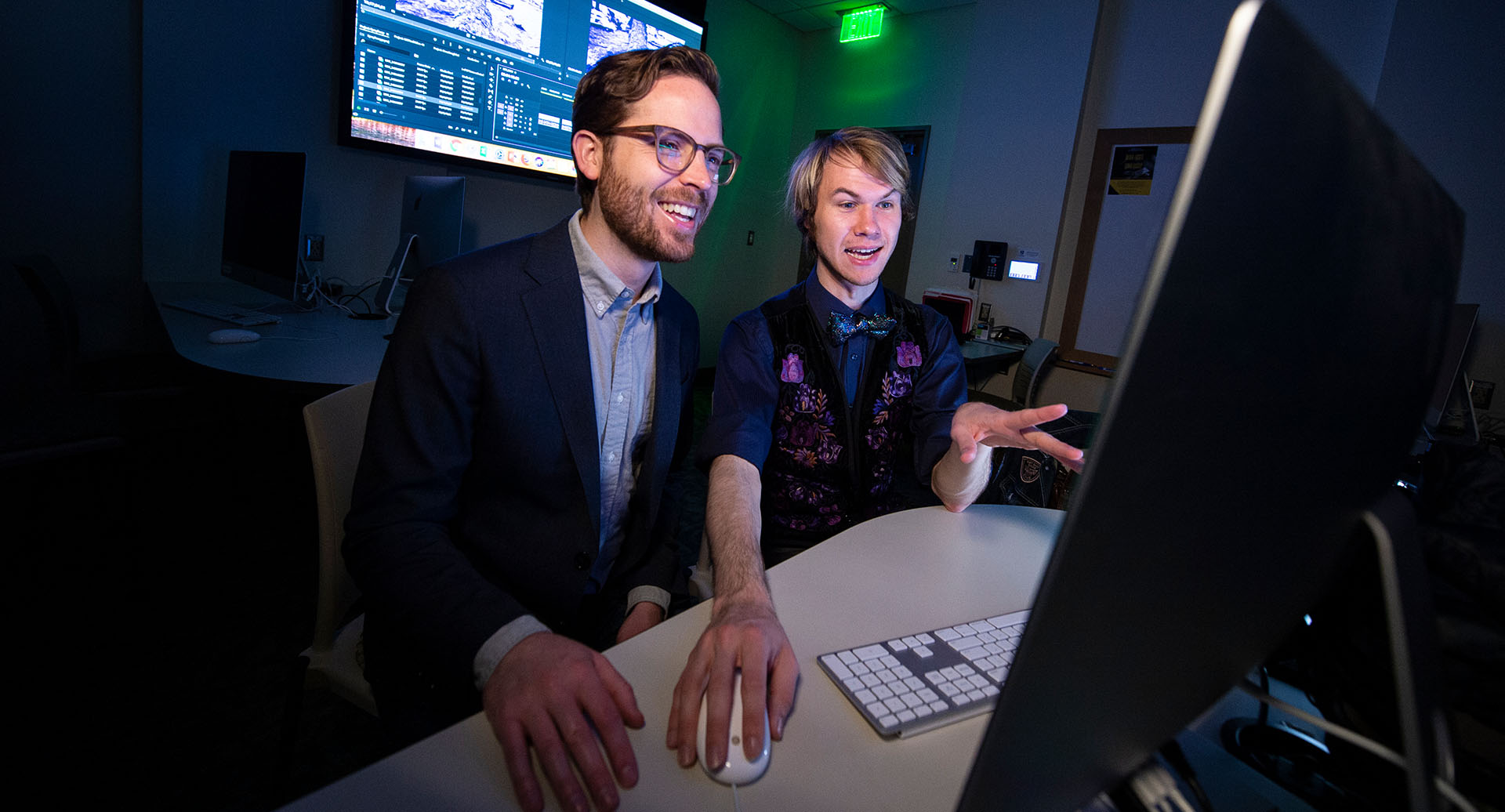 As a sophomore from Vassalboro, Maine, Adam Bovie started making a podcast with some friends — essentially, they recorded some sessions of a game they liked to play and, after some editing, Adam would post it online.

On the surface, says Adam, this would seem to have no special relation to UNH. “I might have done this anywhere.”

But the idea to do it came to him because he had just begun working at the university’s Communication Media Lab, which gave the communication and international affairs dual major access to some top recording equipment, as well as a place to record undisturbed for a few hours.

And then, something magical happened.

“The friends I recorded with were all people I’d met through the Fencing Club,” says Adam, “and some of the most memorable points of the podcast had more to do with being in their company than with the game itself; something would happen in-game and we’d go off on tangents discussing it, often relating it to some area of expertise that we’d been developing through our studies at UNH.”

The experience taught Adam a little lesson: “You can learn from everybody,” Adam asserts. “That’s not to say that everyone is there to teach you, and you shouldn’t expect them to — but you can still choose to learn from them. On the flip side, anybody can be learning from you — so pay attention to what you might be teaching them!”

At UNH, Adam has learned from a wide range of sources. He’s studied abroad In Ireland as a part of his international affairs major and undertaken an internship with the Maine State Department of Education, helping them create their new website, which, he says, “is something I had no experience with but found the critical thinking and communicative skills I’d developed at UNH enormously helpful.”

A perennial dean’s lister and winner of an award for Excellence in Russian Literature, Adam believes that three of the most useful tools a person can have are “the ability to think critically, to see connections between various areas of interest and to empathize and understand different perspectives.”

And it is with this impressive toolkit that Adam will pursue life after UNH, “confident,” he says, “in my ability to figure it out as I go.”