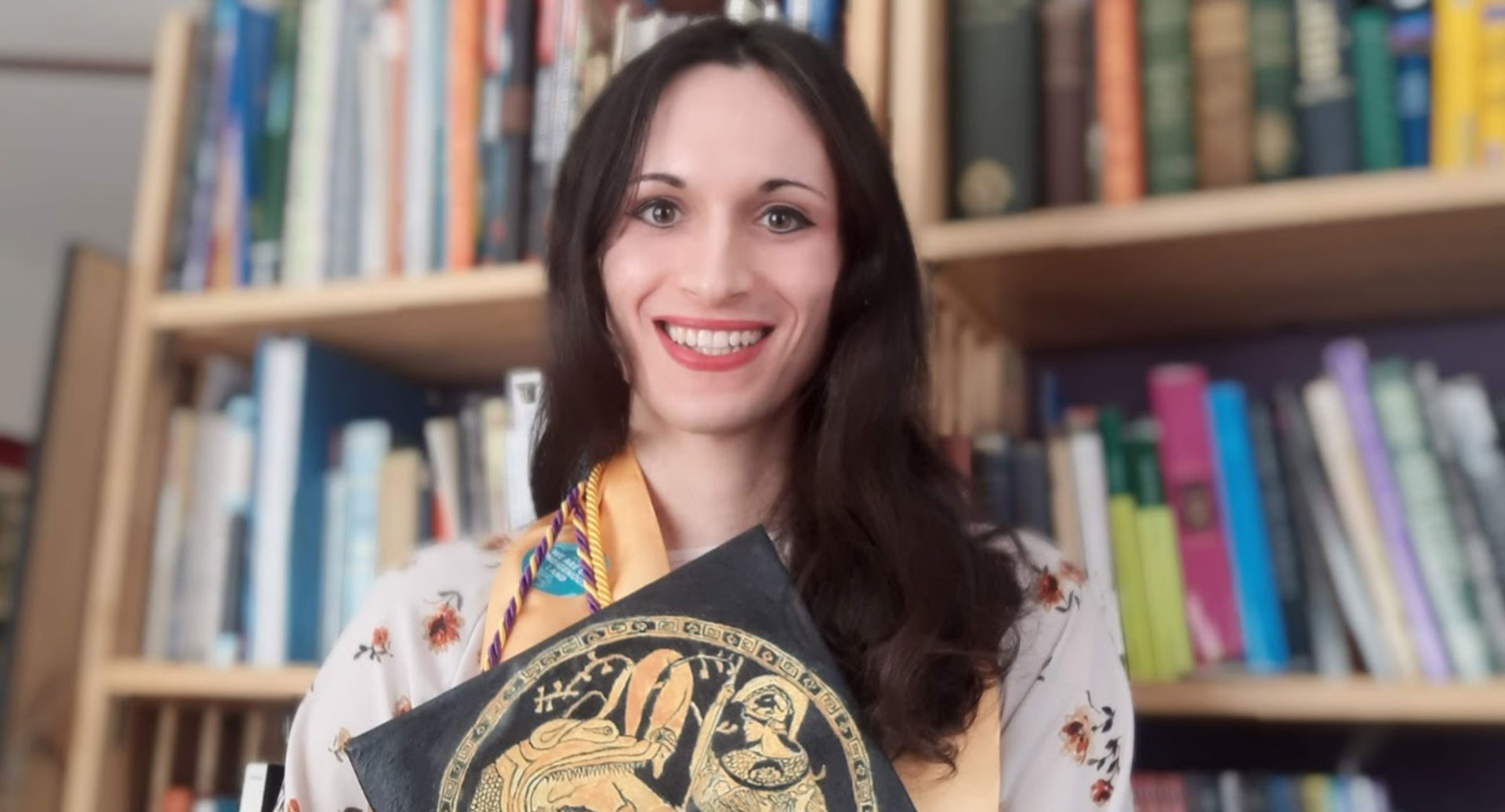 Ari Toumpas enjoyed a classic UNH education. Yes, she majored in the classics, but a major is only what you make of it, and Ari made the most of hers.

Let’s start in the classroom where Ari fell in love with the Introduction to Classical Myth. She took the course her first semester at UNH and was an exam proctor and tutor for it every year since. After class, Ari’s intellectual community often spilled outside the classroom on to the third floor of Murkland Hall. Here she and her friends hung out between classes, rubbing shoulders with their classics, humanities and Italian studies professors who might give them an ambush quiz of cognate Greek and Latin words or engage them in heated debates about whether spoilers matter in movies.

In addition to the benefits of intellectual fellowship, Ari says the most important lesson she’s learned at UNH is that “pitfalls and challenges need not have long-term negative effects on my life. Every class, every semester and every year offers just another opportunity to identify my weak points and do what is necessary to overcome them.”

Ari was a student leader on Professor R. Scott Smith’s project “Putting Greek Myth on the Map,” cataloging mythic events in the second-century book Pausanias' "Description of Greece" for an online map database of real-world locations associated with Greek myths. “Working with Professor Smith has been one of the most formative experiences in my academic life,” says Ari, who turned her participation into a Summer Undergraduate Research Fellowship, a study abroad experience at the Intercollegiate Center for Classical Studies in Rome and, ultimately, a senior thesis on mythical genealogical systems.

A member of the UNH fencing club and an enthusiast of historical swordsmanship, mainly focusing on medieval longsword and renaissance rapier traditions, Ari has been accepted to present her senior thesis at the Classical Association of New England annual meeting after graduation.

Being so “well versed” in her particular academic discipline hasn’t make Ari feel “pigeon-holed” into it. To the contrary, she says, “I can carry a conversation with any of my friends about their disciplines. This versatility makes me feel comfortable that if my initial plans for the future don’t work out, I will be able to adapt and find a fulfilling career.”

Those initial plans have her starting a Ph.D. in classics at Ohio State University in the fall.