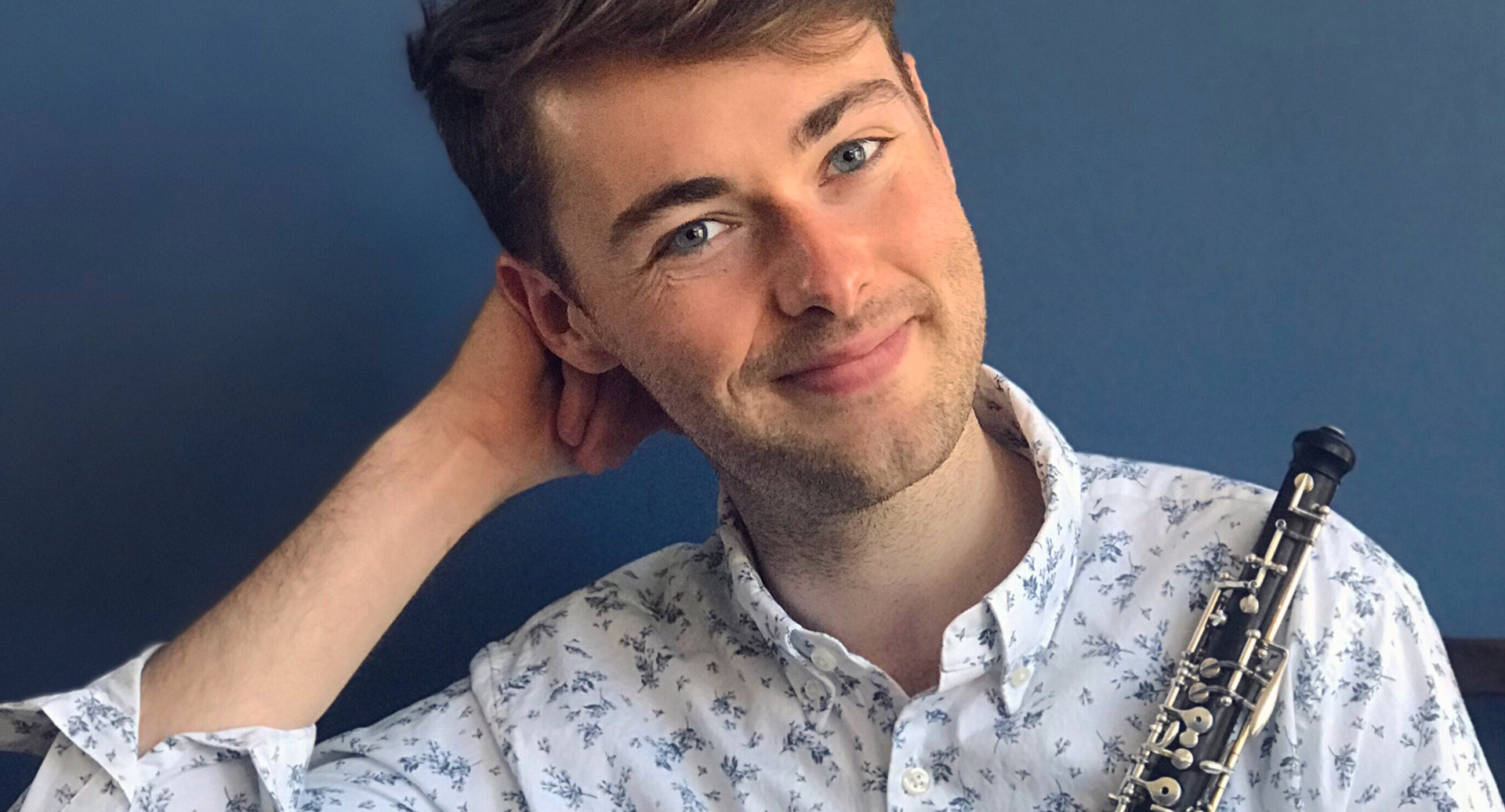 Why did you choose UNH?

My original story of why I chose UNH wasn't all that exciting — it came down to money for me. What is worth recounting though, is why I stayed at UNH, didn't transfer and how it became my home. I was surprised to find communities and support in every nook and cranny of Durham.

They were everywhere! I found friends throughout my own majors where we could share our passions for our respective fields of study and simultaneously gossip and try to guess what our professors did in their free time. I mean, they couldn't possibly enjoy grading that much, right? I found friends through residential life when I was an RA, at the MUB  in many of its student orgs like Safe Zones and Slow Foods — small plug for them, y'all should join because we eat incredibly, (mostly) healthy food and talk about local food movements and everything important to the movement — and even at the local coffee shops like Flight in Dover or Breaking New Grounds. I also developed relationships with my professors through office hours and class which have led to BBQs, dinners in Portsmouth and even more coffee consumption past, present and future. On top of gaining support and professional opportunities from all these relationships, I also learned not only more about my field, but how to incorporate it into my livelihood with an interdisciplinary lens.

UNH made me understand how I fit into a bigger picture. Durham became more than just a physical place where I felt comfortable during curtailed ops (A.K.A. college snow days) in my dorm, or during the occasional quiet moments of early Saturday sun in one of the library's quiet study rooms. It had developed into a place that emotional depth to it that changed who I was. It gave me breadth to discover as much academia, professional chances as well as myself.

How did you choose your majors and why?

When I was originally applying for my undergrad, I knew I wanted to take a shot for music. I was tentative. There's constant aversion from everyone since it's "not the most secure" of career options, so I thought I'd go for either actuarial math, marine science or French. To start things out, since STEM fields seemed to require extensive TLC on the time management end of course scheduling, I went for French. I also figured, "hey, it'll force me to go abroad [since it's a degree requirement for the major], it'll be a cool skill to hone, and it'll tie really well with studying music." I wasn't wrong. My hunger for French literature, culture and conversation only grew and thus exploded when I went to Paris, France, during the spring semester of 2019. There, I made a connection my first week or so with someone who was working the coatcheck at the first concert I went to at the Philharmonie. What followed were masterclasses and lessons with different oboists in Paris while simultaneously taking my grammar, phonetics and culture courses at the Sorbonne. Learning had become an intrinsic part to living: fresh markets equaled vocab, concerts meant conversation with my unsuspecting neighboring stranger and music exposure, going out became fluidity and phonetic lessons.

Ask any of my friends and they'll say I'm an extrovert. I can't stop talking to — I'll admit sometimes at — them and I think that's why I study two languages. Not only can I express myself better and access understanding that wasn't understood before, but I can comprehend others too and greet whatever comes my way with a more open perspective.

What is particularly awesome about being in the College of Liberal Arts?

Hands down: its interdisciplinary nature. One benefits from so many aspects of this. A side to this is that you meet so many different people sitting beside them as peers, that you create a communal experience in learning bouncing off of each other's strengths, you learn how people live their lives, learn and express themselves. Another is the accessibility of studying diverse fields and specifically under experts of fields you never would've imagined (in my case, I had a bionics professor who had created basically a tool that let you control a computer with your mind). Think about it, a French and music major also studying weather, drawing, bionics and finance to name a few. It's comprehensive. This all gave me perspective into the world. Yes, any university or institution will act as a bubble of sorts, but COLA, to me, seemed like a congregation of all walks of interests and life that acted as a symbiotic relationship. Its professors and people were anxious to collaborate and listen. In COLA, I gained strengths I hadn't even considered or conceived of like facilitation, and how to listen — attributes that are intrinsic to a liberal arts education and the sustaining of our world's community.

Another aspect of UNH that I became aware was its opportunities outside of what was originally required of me. Through my academic advisors, I was prodded (lovingly) to shoot a little further for things like travel grants and internships. Without them I wouldn't have had the practice of grant writing for a study in reed making through UNH's Summer Undergraduate Research Fellowship. Furthermore, I was exposed to different applications of my study in regards to career routes like arts administration. I spent part of last summer (2019) and hopefully will spend some of this upcoming interning/working for Portland Chamber Music Festival. There I acted as a stage manager, administrative assistant, publicist and liaison between the the organization and its artist, patrons and donors. This translated to me taking on one of my more gruesome tasks of exploring Portland, getting to know where to take people to eat and drink, finding where to find the best cup of joe, joining the local debate about where to find the best donut, and, of course, talking walks in the summer sunlight and sea breeze. Other research opportunities have included writing a thesis on reed making as well as creating program notes for my junior recital (a public performance) that talked about the lives of the French composers at the times they wrote the respective pieces that I had performed. It's hard to pick a favorite once you throw studying abroad in since each has given me such different experiences and had included music, French and food/coffee in some way or another. That, and even more things were calling. There just isn't enough time in the day.

Are you involved in any groups, clubs or organizations?

How is COLA preparing you for career and professional success?

I think COLA has done a great job not only making me better in my specific studies, but also allowed me to become a contributing community member. Critical thinking is something in your curriculum at COLA and I'm not saying just thinking deeply about one issue. Rather, I mean to say that COLA fostered a way of thinking that allowed holistic appreciation of all disciplines as well as the current states and possible frontiers of how mine specifically can contribute to the world. In a concrete way, my conversational skills and understanding of literature, language, communication, culture and thoughts have helped with interviews, graduate school and assistantship applications, and beefing up my CV in ways that other colleges don't (how do you show that you've learned leadership tactics?). I've gotten experience writing research and grant proposals. I've realized different pedagogic approaches and collaborative methods. It has helped me understand my strengths and areas for improvement so that I can best help in a team and also omnipresently look at where the team needs help. COLA teaches humanity and without this, how does the world exist?

What are your post-graduation plans at this point?

Next year (pandemic dependent), I will be going after a Master of Music in Woodwind Performance at Boston University. I also was in line to work again in Portland, Maine, with the Portland Chamber Music Festival as well as go to California to rehearse and perform with the FOOSA Philharmonic, but this is also dependent on COVID-19. Otherwise, I will be serving up delicious drinks and food either at the Wilder in Portsmouth, NH or somewhere down in Boston.

What is the one thing people might be surprised to learn about you?

My first job was working on a boat for a whale watching company out of Rye Harbor. My favorite whale is Owl. She's a humpback and a mom of at least 6.