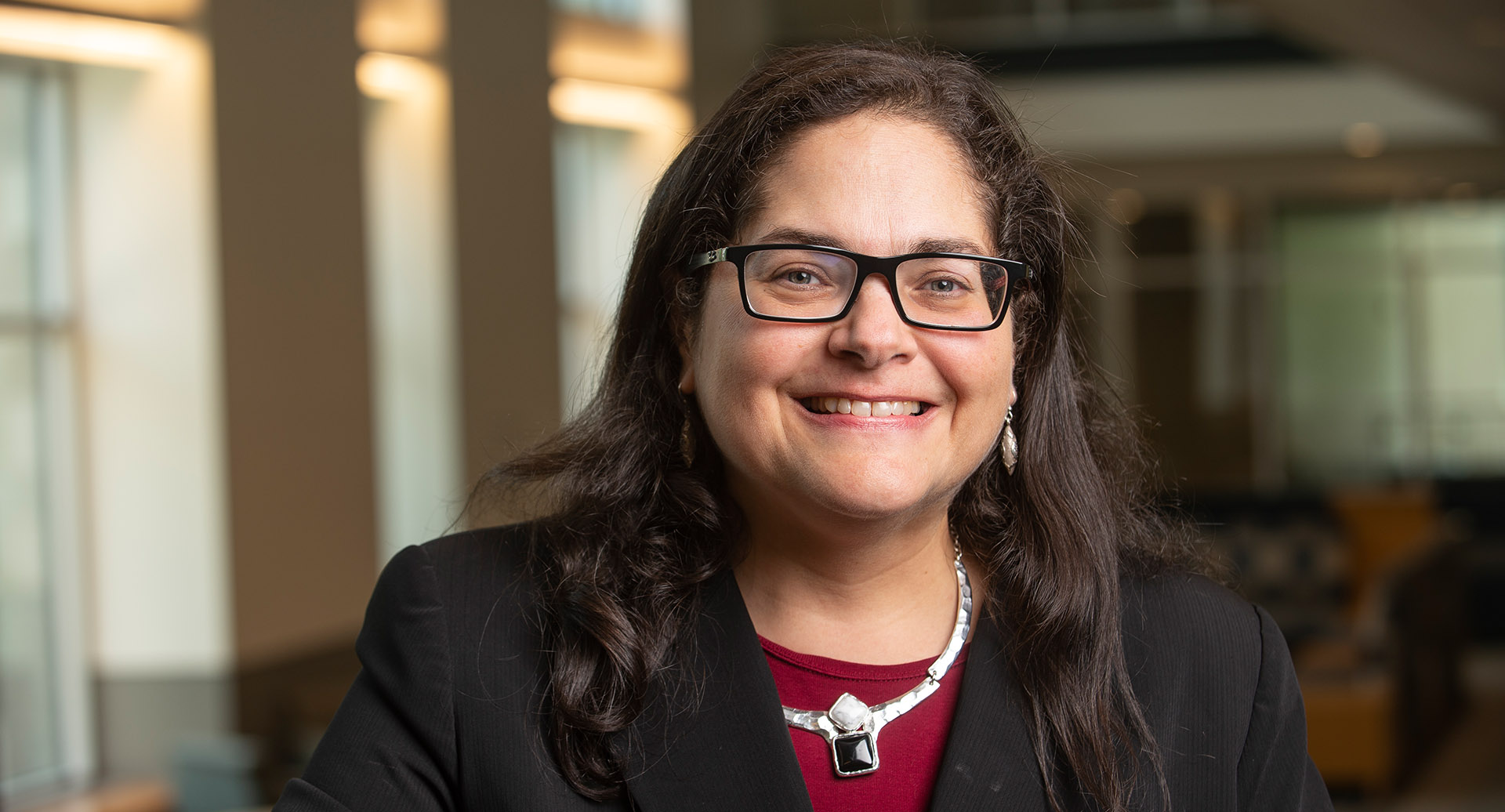 Clara Esther Castro-Ponce, lecturer in Spanish, joined the Department of Languages, Literatures and Cultures in the College of Liberal Arts in 2018. A native Spanish speaker from Puerto Rico, Castro-Ponce completed her undergraduate degree at the University of Puerto Rico, where she majored in Hispanic studies and comparative literature. Then she moved to Rhode Island to pursue graduate studies at Brown University, where she obtained a doctorate in Hispanic studies. When she arrived in Rhode Island, her English was mostly "bookish English." Now she speaks English with "near-native" fluency.

Prior to joining UNH, she taught at Rider University and other institutions. She has also conducted doctoral research in Spain at the Real Biblioteca de El Escorial and the Biblioteca Nacional de España. It was her husband’s job relocation that ultimately led her to UNH.

“When I was applying for jobs, I decided to throw a radius around the universities near me— and the University of New Hampshire was a great option,” she said. “UNH is the best-kept secret.”

As a lecturer, she teaches a wide array of Spanish language, literature and culture courses. Castro-Ponce also has experience working in translation and intends to teach translation courses at UNH in the future.

New Faculty Orientation helped acclimate her to the UNH community, as have other informal faculty interactions. Castro-Ponce said she’s spent her time so far time striving to understand the needs of the greater UNH community. She hopes her students learn that if you put discipline behind learning and take advantage of all the university has to offer, you will be better prepared to enter the real world.

"My role is to enrich the perspectives of the people who meet me,” says Castro-Ponce. "Even though Puerto Rico is not a different country, it is removed from the United States and it is also a culture that is not common to the mainstream culture of the Northeastern United States.”

Knowing more than one language gives you cultural capital, she says, adding that it provides everyone the opportunity to better understand the world and flourish in a global society.

“When you learn a new language, you acquire a new soul,” Castro-Ponce said. “To learn a new language is to be able to put yourself in the shoes of someone else who doesn’t share your culture. Language is a gift. I do my very best to make sure my students can share that gift and experience and enjoy it every day.”