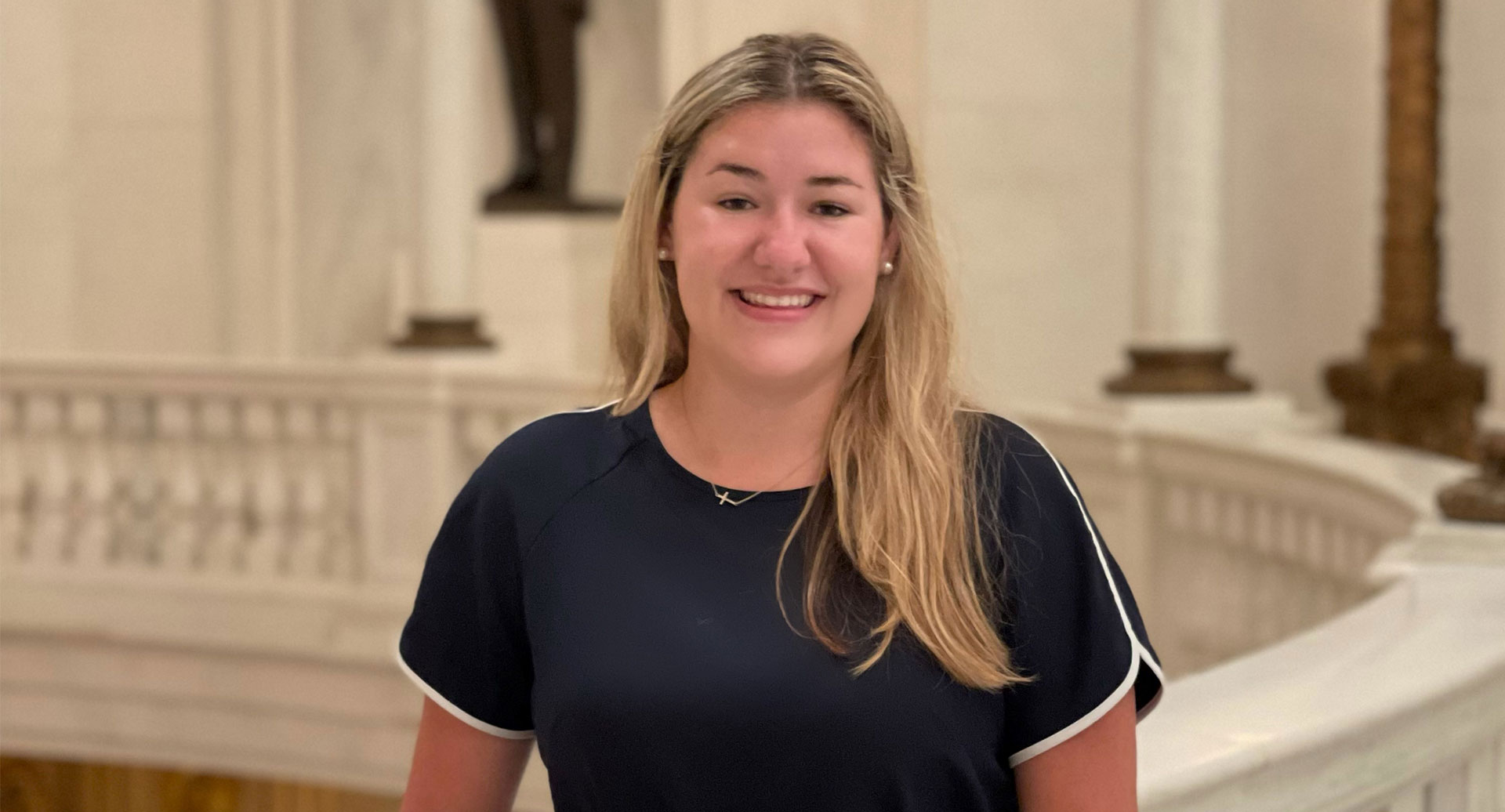 Why did you choose UNH?
I picked UNH because immediately stepping on campus it felt like home. At the time I had absolutely no idea where I wanted to go to school let alone what I wanted to do, and there was just something so special about campus that let me know UNH was where I was meant to me. Although it was pretty far from home (and let me tell you plane tickets are not cheap), after I got settled on campus I was constantly dreading breaks coming up because I did not want to leave. I am not sure if it was the random people that smiled at me the very first tour I took or the fact my dad and brother were so excited to cheer on UNH hockey that first made me realize Durham was going to be my second home. I knew coming to UNH I would be challenged and that was definitely something that stuck out to me.

How did you choose your major and why?
I originally started as a psychology major with a dream of getting to work with criminals in the rehabilitative justice system. After about a month or so into my freshman year, I realized psychology might not be for me. I ended up swapping to political science, where I quickly realized how interested in politics, government and the legal system I was. I ended up adding a dual justice studies major, and also picked up a psychology minor along the way.

What is particularly awesome about being in the College of Liberal Arts?
If you could clone Professor Siggelakis and put her at every university in the country and have her teach every political science related course, the world would look totally different. With her, students would really be challenged to broaden their perspectives and really question their thinking. I love being in COLA because of the professors. I would never have imagined how much thought I would put into taking a class depending on the professor, but I am going to take every class Professor Siggelakis ever teaches. Even if it is not political science related, I would take it. Professors like her really force their students to step outside the box and really look at the world from a different standpoint, instead of just staying in your comfort zone. Coming to college (especially being in political science) you are always going to have people that think differently than you, but what I've learned from COLA is that you can embrace those differences and work together toward a common cause.

Have you undertaken any experiential learning? Do you have a favorite?
I have been incredibly blessed with all the opportunities I have been given. Last summer I worked at the Dauphin County District Attorney's Office, and this summer I am working in the Research and Policy Office for the Pennsylvania Senate. It is like comparing apples and oranges when being asked to pick a favorite, but I am incredibly fortunate to have seen all sides of government (from the creation of laws to what happens when you break them.)

Are you involved in any groups, clubs or organizations?
I am in Pi Sigma Alpha, InterVarsity and Alpha Phi Omega.

How is COLA preparing you for career and professional success?
COLA has given me a ton of resources and great contacts. Aside from them helping to create my resume and review my cover letters, they are always willing to help any way they can!

What are your post-graduation plans at this point?
I plan to attend law school and have a lot of dogs.

What is the one thing people might be surprised to learn about you?
That I strongly believe cupcakes should be their own food group.