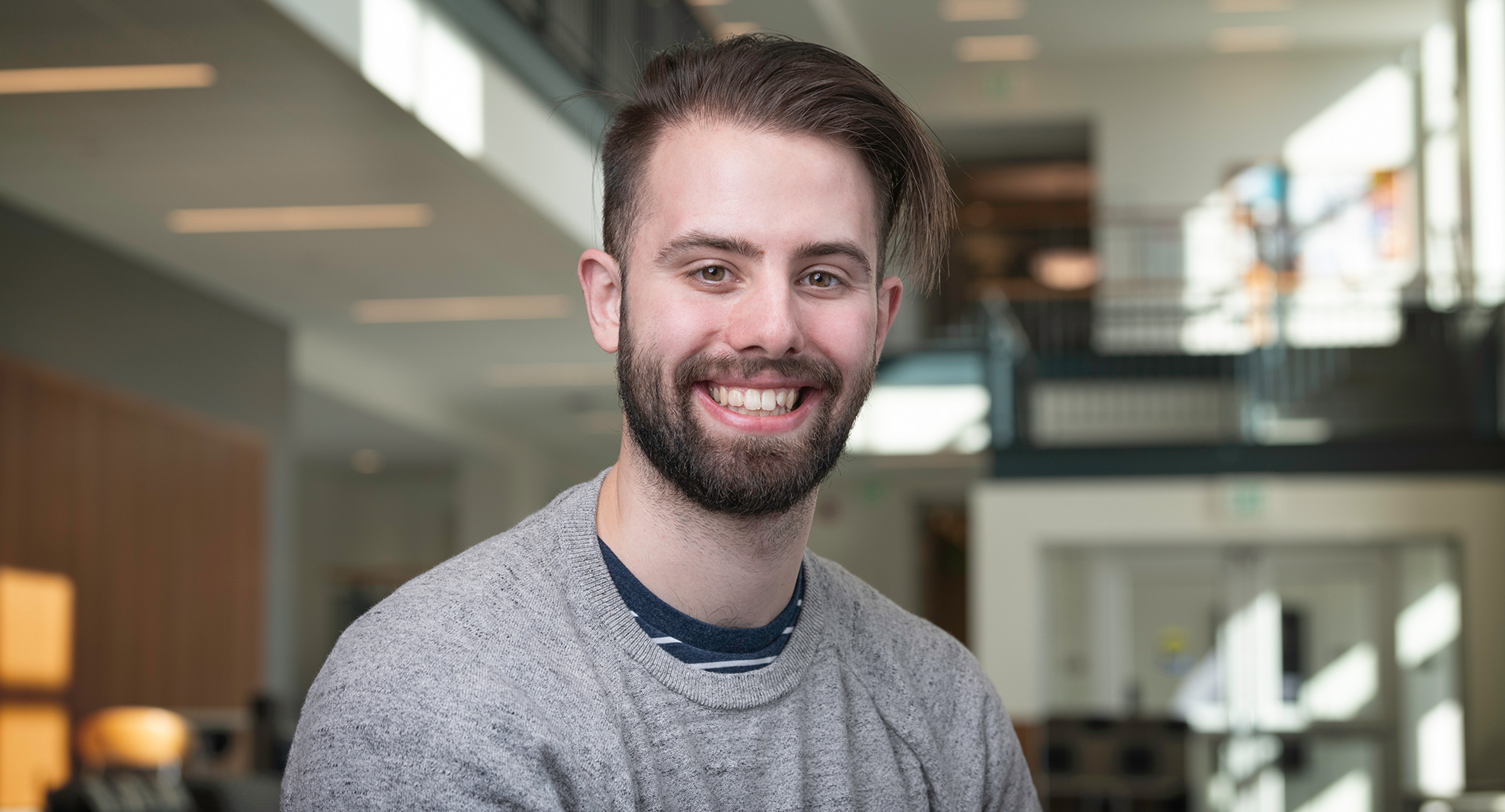 James Silveria felt at home the first time he stepped onto the UNH campus. Thanks to a friend, a resident assistant at Stoke Hall, who showed him around campus, Silveria was introduced to “some of the nicest people I’ve ever met while showing me everything UNH had to offer.” He knew immediately he wanted to be a Wildcat.

Silveria came to COLA as a Spanish major; he’s studied the language since he was six. “I had some amazing Spanish teachers who opened my eyes to the bigger world and all the people I could meet by learning another language,” the Foxborough, Mass., native says. An aspiring Spanish teacher, he’s also majoring in educational studies because he wants to share his knowledge with the next generation of students.

Silveria tested his education skills last summer as a teaching fellow in the Breakthrough Collaborative, a summer-long, pre-professional teacher training program pairing college students with college-bound, underrepresented youth. It was Silveria’s first experience teaching; he taught ninth grade literature as well as a sports class. “It was incredibly rewarding and so fun,” he says. “There is nothing like seeing a student who was struggling finally understand and apply the concept you’ve taught them, or meet their parents and families and hear ‘my kid loved your class.’”

Studying Spanish also motivated Silveria to study abroad in Granada, Spain, for part of his sophomore year. In addition to trying out his Spanish skills, he connected with new people in a new culture, one of his personal passions. With the encouragement of his advisors and mentors Judy Sharkey, chair of the Education Department, and Lori Hopkins, associate professor of languages, literatures and cultures, he has applied for a Fulbright scholarship to be an English teaching assistant in Mexico after graduation.

COLA has broadened Silveria’s world perspective and made him an independent thinker by offering him access to many different experiences. “I’ve spoken at a conference, gotten an internship, interviewed professors and built professional relationships with people from across campus,” he says. “I feel there is no other college that prepares you to see the world the way COLA does. My perspective on the world is so much broader now than it ever was before I came here.”