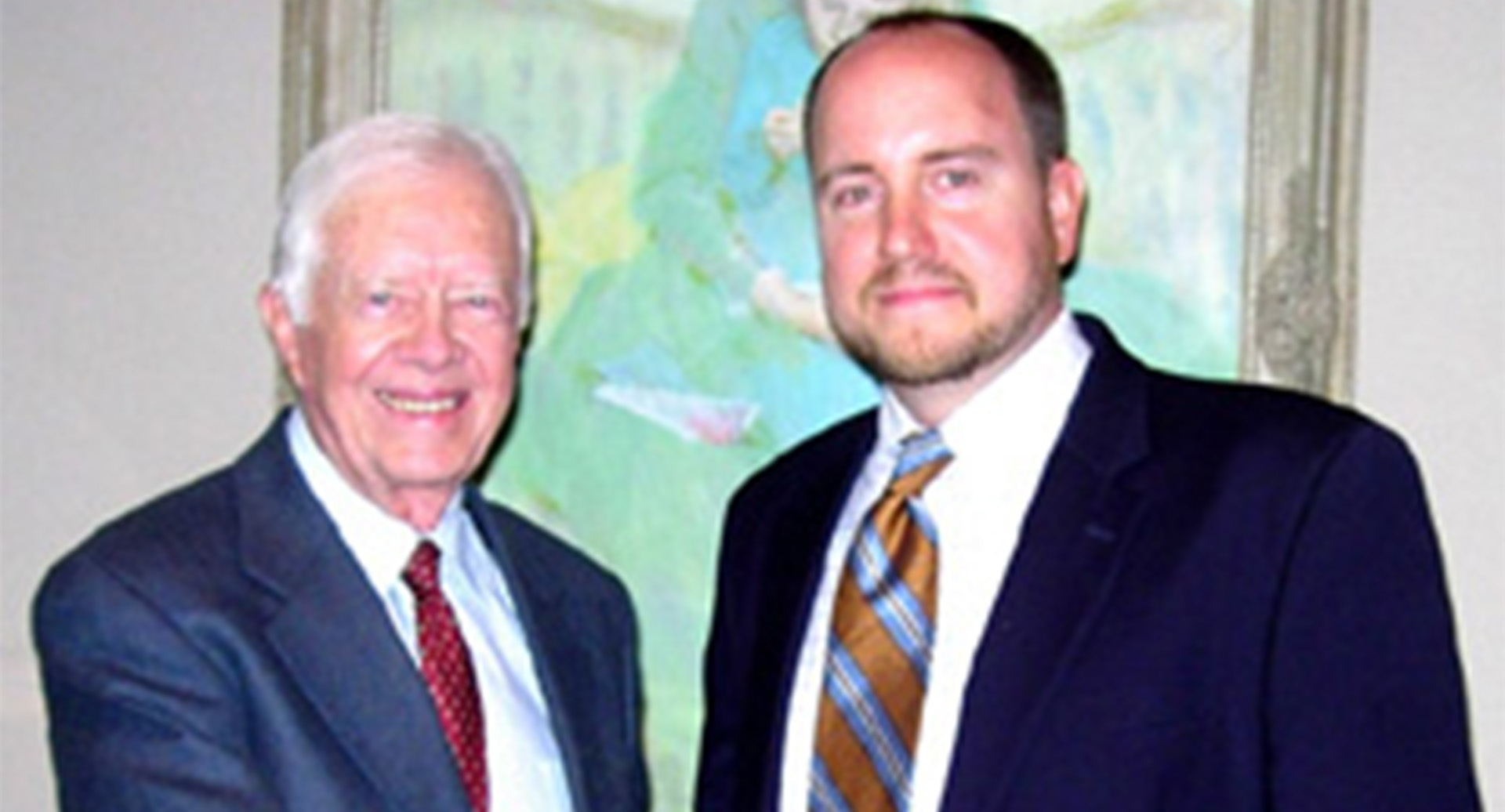 The International Affairs (IA) Dual Major has helped so many of us launch our particular adventures.

After earning my BS with a dual major in International Affairs and Business Administration and a double minor in Spanish and Environmental Conservation, I moved to Atlanta in 1993, which at the time was experiencing dynamic growth and internationalization as the 1996 Olympics approached. I interviewed with The Carter Center for an internship position, which led in 1994 to a program position with the Global Development Initiative (GDI) President Carter had just created. I have no doubt that the preparation the IA program had given me – solid grounding in international affairs theory, foreign language and overseas study experience, and a disciplinary major, in my case giving me crucial management training attractive to a non-profit – contributed in no small way to my early start.

The idea behind GDI was to improve the coherence and effectiveness of international development assistance in the least developed countries, particularly newly-emerging democracies and conflict-affected societies. Over the next decade-plus I had the privilege to work with many wonderful colleagues to develop long-term programs in Albania, Guyana, Mali and Mozambique, helping these countries to formulate and implement their national development strategies. These efforts brought together political leaders, government officials, civil society, the private sector, and international donor actors in an attempt to get countries thinking toward the long-term, opening up their policy dialogue processes to a wide range of stakeholders, and, crucially, getting the international community to embrace and support more locally appropriate economic and social development strategies.

We also hosted a series of high-level Development Cooperation Forums during this time which brought together heads of state and representatives of our four partner countries with international experts including the likes of Nobel Laureate Joe Stiglitz, Jeff Sachs and senior officials from international financial institutions like the World Bank and IMF. It was wonderful watching President Carter at work during these sessions, keeping the groups focused on the practical measures needed to narrow the gap between the lofty rhetoric and often disappointing practice of international development.

I am now working with Future Generations, an interesting hybrid of an NGO and graduate school for community leaders, doing research on how to promote social cohesion in divided societies. It’s a great opportunity to step back and think more reflectively on some of the challenges our world currently faces.

I think what unites all these experiences, and grew out of the philosophy and approach of the IA program, is the lifelong commitment to always try and appreciate what the world might look like from perspectives other than my own, and to act with the humility and openness which such a view inevitably brings. It has been fun to think back on how this all got started with a trip to the IA office so many years ago.