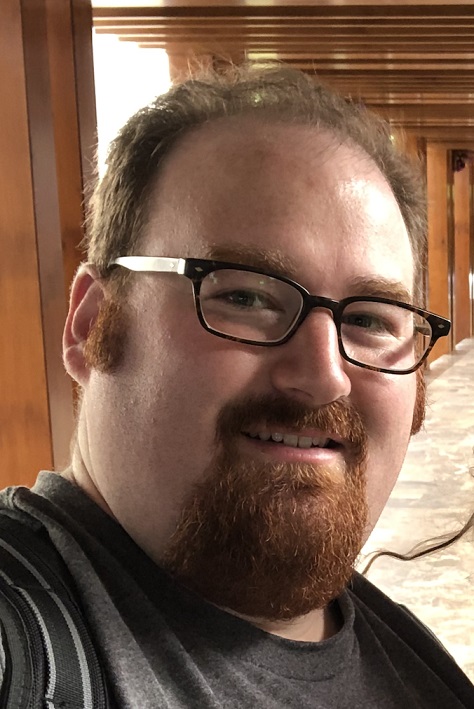 Why did you major in philosophy?
I grew up in the Philosophy Department (quite literally — my father is Professor deVries)! Philosophy has always been part of my life, I learned at a young age how to argue and question, (with very solid logic) both to the benefit and chagrin of my Dad. However, I never expected to major in Philosophy and was adamant for most of my life that I wouldn’t major in it!
I entered UNH as a Computer Science major, took a Philosophy course as an elective and came to the realization that while I enjoy some programming, learning it in lectures wasn’t for me; plus I really enjoyed my Philosophy elective. So I made the ultimate decision to change course and switched my major to Philosophy with a minor in Computer Science.

What interesting stuff did you do as a UNH undergrad?
My undergrad life revolved around three primary activities: working at the InterOperability Lab (IOL), playing on the men’s rugby team, and being a very active member of the International dorm on campus. I can’t stress how amazing working at the IOL was, and how it helped further shape not only my undergrad life but also launched my career post-college. If you are at all interested in networking, testing, electronics, etc., look into the InterOperability Lab!

What are you doing now?
I manage the Wireless Software Quality Assurance team at Apple, and am in charge of software quality for features, firmware, wireless modules, and new platforms. We strive for the highest quality and performance to give our Users that magical surprise and delight experience that people have come to expect from an Apple product.

How has philosophy been valuable in your personal and professional life?
Professionally, philosophy has been a huge help when it comes to questioning quality, projects, or issues. Whether it be framing an argument, justifying a proposal, or being the one in the room to ask the hard questions that no one wants to (and doing it in a critical, sound, and logical way), my background in Philosophy has helped immeasurably.

Any advice for students considering a philosophy major or graduating with a philosophy major?
It is not easy, but well worth the effort. You might not end up with Philosophy as your profession, but the critical thinking, logic, skills, and knowledge you’ll learn and develop will apply to any and all professions you choose after graduation!