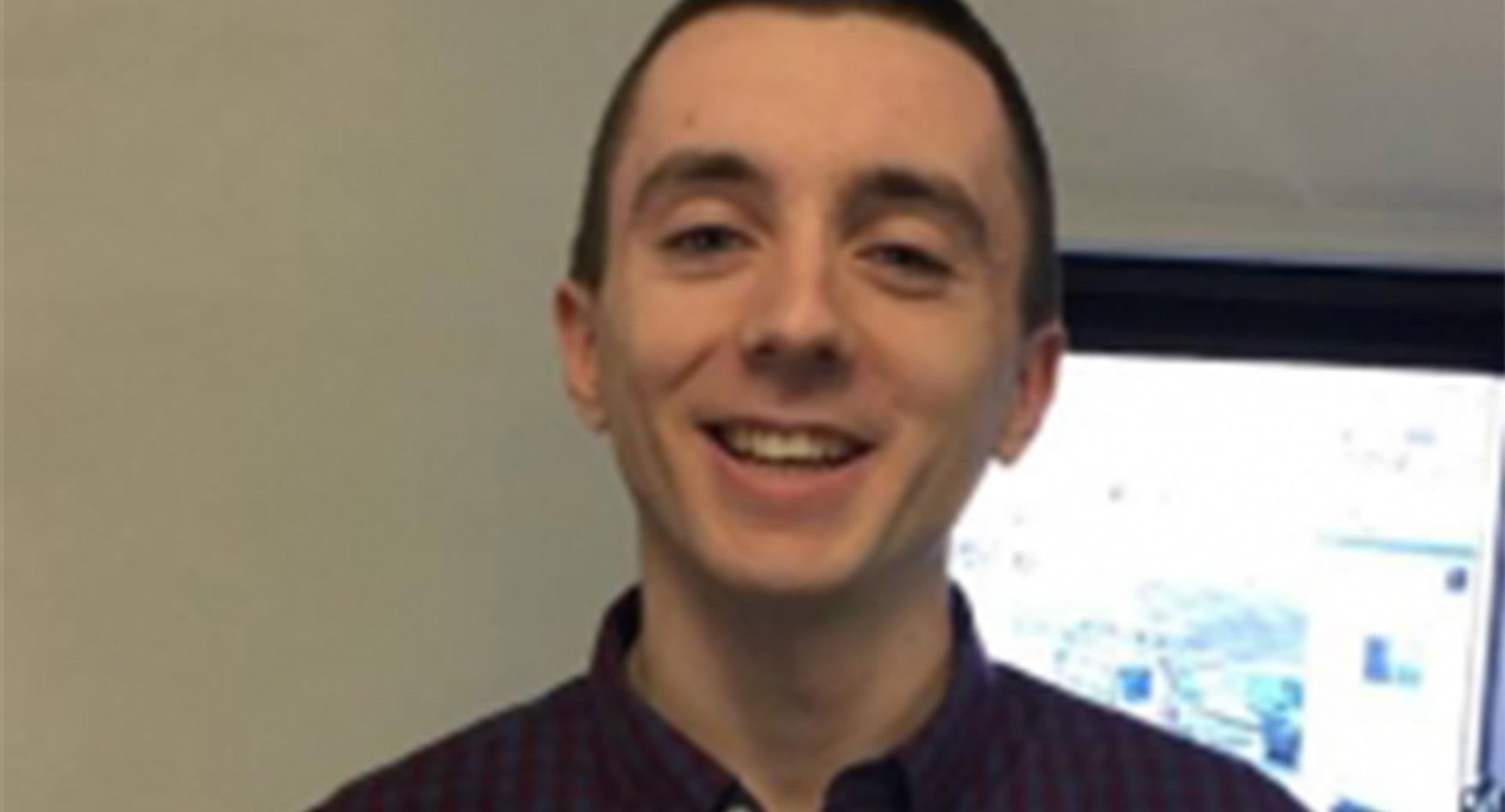 About John and where he is today

Born in Ireland and schooled in Dover NH, I have always had a fascination for studying different languages and cultures. After I graduated high school, I made the short trip up the road to study Spanish at UNH. I completed my Bachelor’s degree in 2015 and the following year stuck around to begin the Spanish MA program. Nowadays, I am back teaching Spanish full-time at my old high school while I finish up my Master’s at UNH.

Other focus while at UNH

Though my focus was always on my Spanish major while at UNH, I did also minor in Political Science. There is no doubt that my language studies at UNH- Spanish and the French courses that I took- helped me immensely in my Political Science courses. By its very nature, a language course encourages you to explore a different history, culture, and way of thinking. Then going into a Political Science or History course, you are in a great position to reference back and compare domestic/international political trends to what you have learned about elsewhere. In a sometimes surprising way, studying a language allows you to step back and approach a number of different disciplines with a renewed, unique perspective.

I feel incredibly lucky and fortunate to have worked with a number of talented, passionate faculty in the Spanish department at UNH. And while I grew so much learning from all of their different ideas and experiences, there are two professors in particular who made a truly lasting impact on me. The first would be John Chaston. Beyond our shared love of football, I can also look back and say that the three graduate level courses that I took with Professor Chaston made me a better speaker and a much better writer. Professor Chaston is able to make seemingly mundane grammar topics interesting and fun. In his classes we took concepts that we (non-native speakers) so often jumble and get wrong and made them more clear, comprehensible, and even teachable. I also have to mention Jaume Martí Olivella I took three Spanish film courses with Jaume, which were three of the most fulfilling and enjoyable that I took at university. Besides being a great character, Jaume is also a professor who brings a tremendous amount of experience, insight, and expertise to his classes. With him I learned a great deal about film, history, minority languages, and the peripheral regions of Spain. I am also confident in saying that Jaume’s courses made me a much better and stronger critical thinker.

My study abroad experience came in the form of a semester in Granada, Spain in the spring of my sophomore year. Anxious to travel to Spain and live all that I had read about, I jumped at my first big chance to study abroad. And while I had envisioned myself studying in one of the Spain’s two most iconic cities- Madrid or Barcelona- Granada turned out to be the perfect fit for me. For six months, I lived with the craziest/most wonderful family in the heart of beautiful Andalucía. I took classes at a Spanish university with students from all around the world, and saw more of Spain and Europe than many Spaniards do in a lifetime. And while my experience in Spain as a whole was a positive experience, there are two memories that really stick out among my favorites. On a purely fun note, I was delighted to take my Spanish host dad- a massive rugby fan- on a hastily organized trip to see the European Cup Final in Dublin. It was a wild, fun, memorable trip that we both still talk about to this day. On a more educational note, I will never forget a detour that we took on the way back from Madrid. Sat beneath the great ‘molinos’ (windmills) of La Mancha, my tired group of travelling UNH students watched, laughed, and awed as our professors Carmen Rasilla and Maricarmen Alonso recreated the scene of Don Quijote’s most famous battle.

Why language was important to your UNH education? How has your language major benefitted you?

Language- and more specifically the department and support system that UNH has to offer- was a defining point in my university career and life. Post-secondary education will always teach you and make you grow. But studying a language has given me a different perspective and turned me into a ‘global citizen’ in a way that another field couldn’t possibly have done.

Besides my study abroad, I also had the opportunity to present twice at the Undergraduate Research Conference. Professor Chaston strongly encourages his students to present at either the URC or GRC … and I am glad that he convinced me! In my junior year, I presented on the representations of bilingual Spanish families in different Catalan and Galician films. I researched both the prevalence and social consequences of different languages in bilingualism in Spain as well as how they were represented in three different films. My senior year- as my final project for Professor Chaston’s seminar- I returned to the URC to present my comparison of Carlos Ruiz Zafon’s La Sombra del Viento and its English translation The Shadow of the Wind. I specifically focused on the communicative effects of the imperfect and preterit tenses and what we lose in English without that contrast. Presenting these two research projects was a great experience. I was able to conduct research which went beyond what we were learning in the classroom and share my findings in front of an inquisitive, receptive and respectful audience.

If you could talk to a prospective student...what would you tell them?

If someone is at all considering majoring in a language at UNH, I would say “Go for it!” Whether you major in just the language itself or combine it with another interest (business, political science, education, international affairs …) the study of another language will only make you more marketable and capable post-university. Beyond career prospects though, the incredible faculty of the LLC, wide variety of courses, and experiences outside the classroom represent an opportunity that I can’t imagine having missed out on.

In the immediate future, I hope to continue to grow as a teacher. I hope to instill in my own students some of the enthusiasm and excitement for language-learning that UNH gave me. In a country that doesn’t start teaching its students a foreign language until they start high school, I am going to keep reminding them of the importance of looking beyond our own borders, exploring different cultures, and understanding different perspectives.

Further down the line, I hope to go back one day to live in Europe. Whether it be teaching or in any other line of work, I would love to return either to my country of birth (Ireland) or the country that stole my heart (Spain).