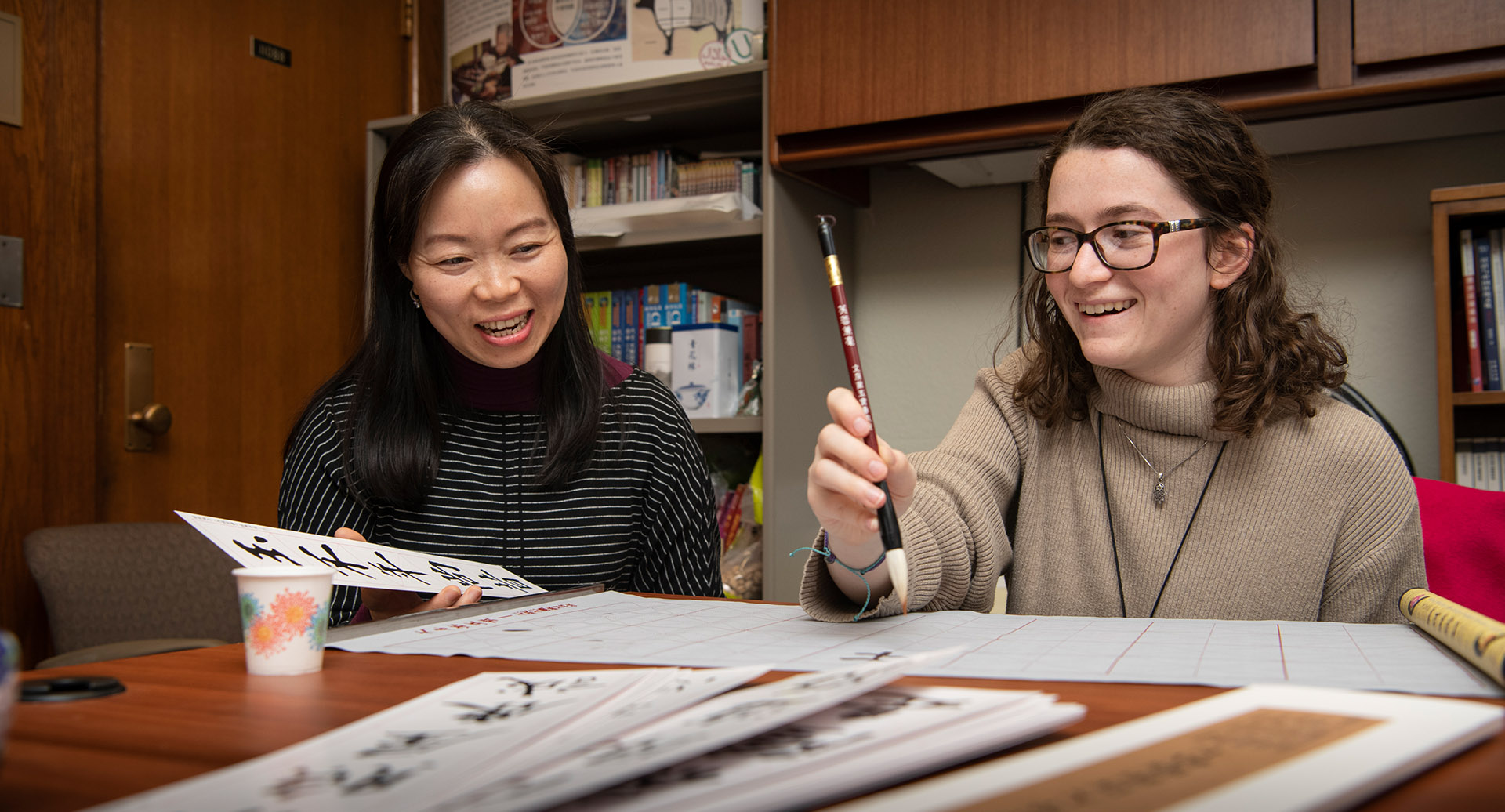 Looking back, Jordyn Haime describes her high school self as “very quiet, introverted and unmotivated,” the kind of student who didn’t think she would end up going to a university in the first place and never saw herself as a future student leader, involved in many organizations, who would spend an entire semester in China.

All from her home base of UNH, her public university.

But that’s exactly what Jordyn has done.

“UNH just seemed to be the best value, given the price and how much was offered here in connections, student organizations, study abroad and research opportunities, and internship opportunities,” says Jordyn. “I was also unsure at the time I would stay in my major, and because UNH had so many available programs, I felt secure in knowing that I could change majors if I wanted to.”

Eventually, she chose to dual major in journalism and international affairs because she “wanted to be in a job where [she] could be creative but also secure,” while fulfilling her goal of engaging in world affairs.

Her global focus led to her decision to take Chinese for her bachelor of arts language requirement. To her “surprise and delight,” she picked up the language quickly — so quickly, in fact, that the same person who once thought she wasn’t college material won foreign language awards for both beginner- and intermediate-level Chinese.

Jordyn undertook independent research and participated in the UNH Undergraduate Research Conference, completed three internships and studied abroad in Chengdu, China. She wrote for the student newspaper, The New Hampshire, and got involved both in Hillel as an officer and member and SHARPP, the university’s sexual harassment and rape prevention program.

To her language awards she added the Undergraduate Research Award of Excellence and the Michael Kelley Journalism Scholarship.

Now, as she looks forward to the next phase of her life, her horizons seem very bright, indeed. “I’m applying for several post-undergraduate programs including a Fulbright research grant and master’s degree programs in China,” Jordyn says. She’s already won a Critical Language Scholarship to study Chinese in Taiwan this summer.

Perhaps the most amazing thing about Jordyn’s UNH journey is that, adjusting for individual differences in aptitude and effort, it’s not so very different from many others here. It’s a classic UNH story, and Jordyn is its exemplar.