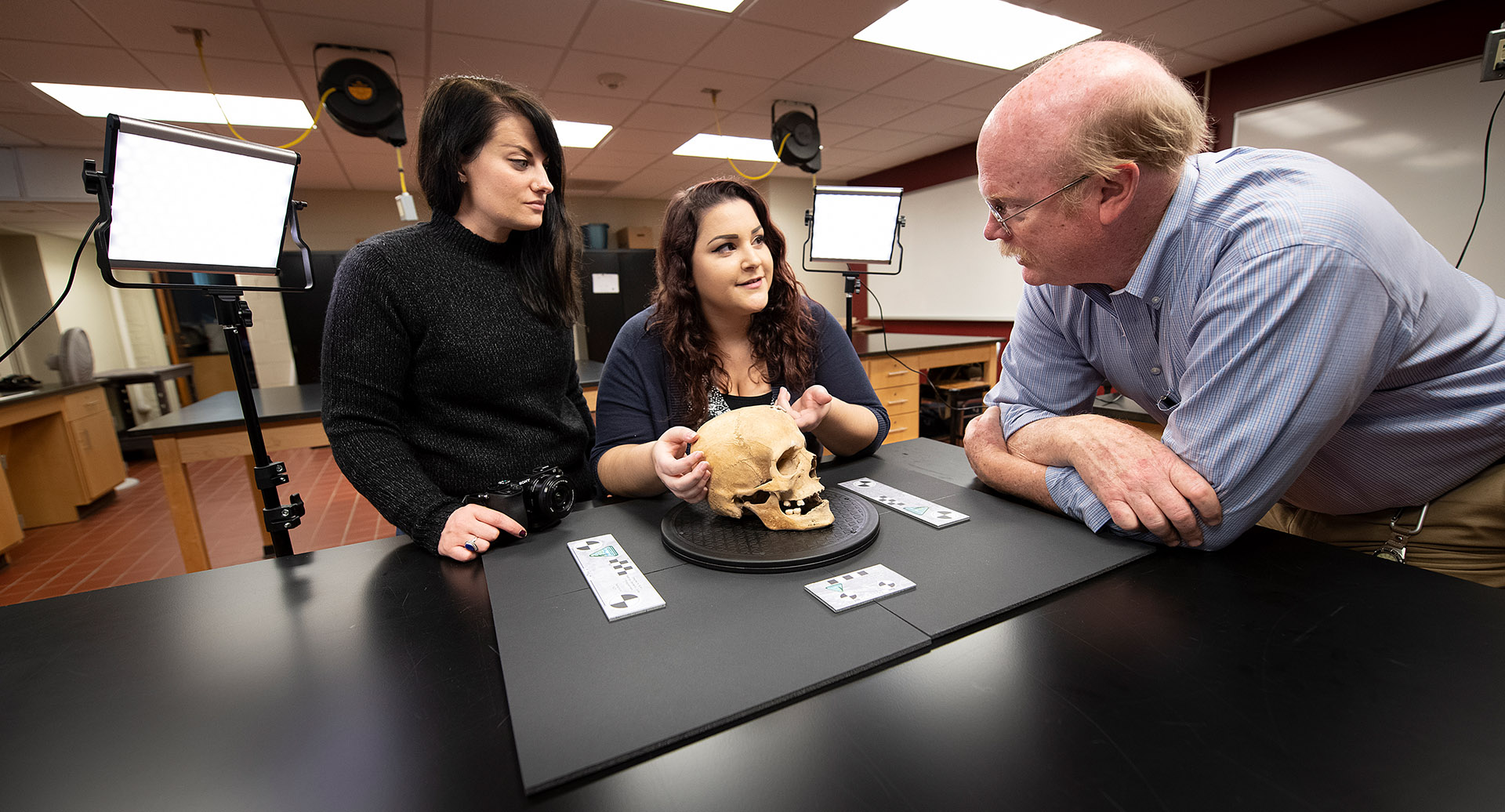 Growing up in Sunapee, N.H., Katie Titus had a strong feeling she’d wind up at UNH. Both of her older brothers attended UNH, and the university met her chief criterion of being “not too far away to go home when I wanted to,” yet rife “with opportunities to study different subjects and see a bit of the world.”

And see a bit of the world she did. A double major in anthropology and history, Katie has studied abroad no fewer than three times. As early as her fall semester of her freshman year, she participated in a survey and mapping course in Belize with anthropology professor Eleanor Harrison-Buck, during which Katie “really matured and became much more confident in what I could do on my own.”

Her second time abroad brought her to Turkey with classics professor Gregory McMahon to attend a field school at his archaeological excavation. The following year, after securing a Summer Undergraduate Research Fellowship, she returned to McMahon’s archaeological dig in Turkey to do her own research on ancient human skeletal remains. Her work was cutting-edge enough to earn her a trip to present at an academic conference in San Diego. Katie says the key to getting the most out of a college education is to “step out of your comfort zone” and meet your mentors. “Out of all of the COLA courses I have taken, every one of the professors I have had the privilege of learning from has been incredibly humble, passionate about their lessons, and compassionate toward their students,” says Katie. “Many go out of their way to help students in any way they can.”

After graduation, Katie plans to get a master’s degree in biological archaeology and continue to research human remains in archaeological contexts around the world.

A true Renaissance woman if there ever was one, Katie relaxes by baking, cooking, painting and, oh yes, with shooting sports. “I grew up on a farm in a house of mostly guys,” she says, “and I learned how to fish and shoot better than them!”