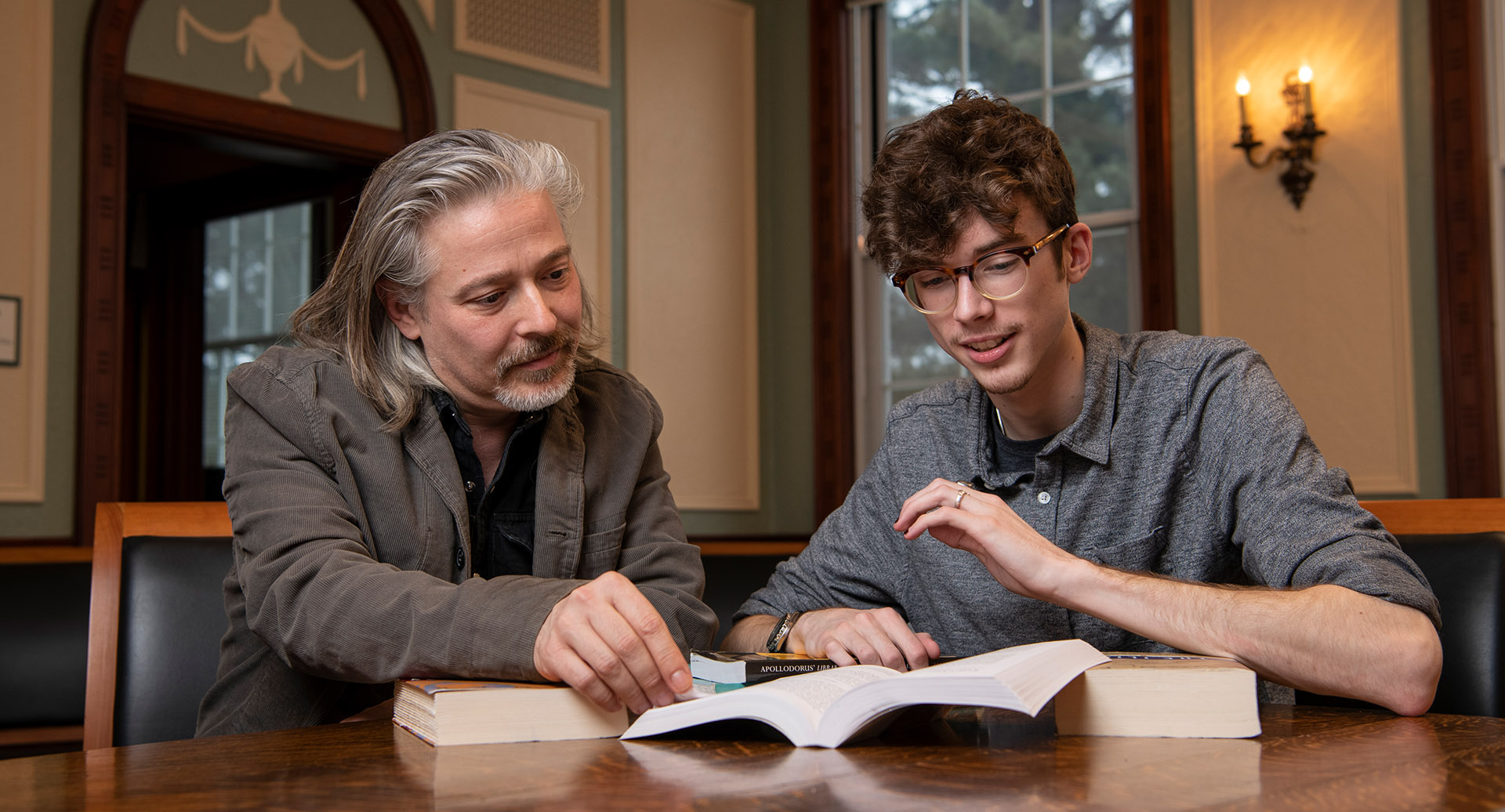 Stories about UNH students can make it seem as though only the most relentless go-getters and extroverts thrive around here. But the truth is you don’t have to aspire to be the life of every party to enjoy an extremely rewarding undergraduate experience at UNH.

Take Presidential Scholar Keenan Dunleavey, who says he “likes people but feels the need to recharge with some ‘alone time,’ such as a walk in College Woods, and may have to work a bit harder to get the most out of the university experience.” Keenan recalls his very first class as a brand-new freshman, quaking in his Timberlands in classics professor Stephen Trzaskoma’s class on Greek myth. “I remember wondering if I was going to drop it because there were so many people and I was so intimidated. To this day, I think it was one of the best classes I’ve ever taken. He is such a charismatic and helpful teacher, the kind that makes you want to go to their office hours just to talk about unrelated matters.”

The next year, Keenan studied ancient Greek with Trzaskoma. “I am horrible at languages and really struggled in that class,” says Keenan, “but Professor Trzaskoma was patient, kind and always made time to meet with me to retake quizzes or explain new concepts.”

That summer, Keenan accompanied Trzaskoma to Greece on the Greece Program and says he enjoyed “the time of my life.”

If his work with Trzaskoma brought Keenan out of his academic shell, participating in Sophomore Summit helped him wriggle out of his social shell.

“I was basically a hermit freshman year,” Keenan admits. “I didn’t go out or have very many close friends. The Sophomore Summit program was amazing because it sets you up with a friend group for the next year. I met my current roommate and best friend through that program and honestly can’t thank UNH enough for that. It was the kick in the pants I needed!”

Keenan had gained enough confidence to go on to join the UNH Fencing Team and become the co-editor-in-chief of Aegis Literary Magazine on campus. “I love being a part of those teams and I feel that my time is well spent there. Some of my fondest memories at UNH can be traced back to fencing tournaments or nationals.”

After graduation, Keenan plans to move to Boston or New York to work before applying to graduate school.