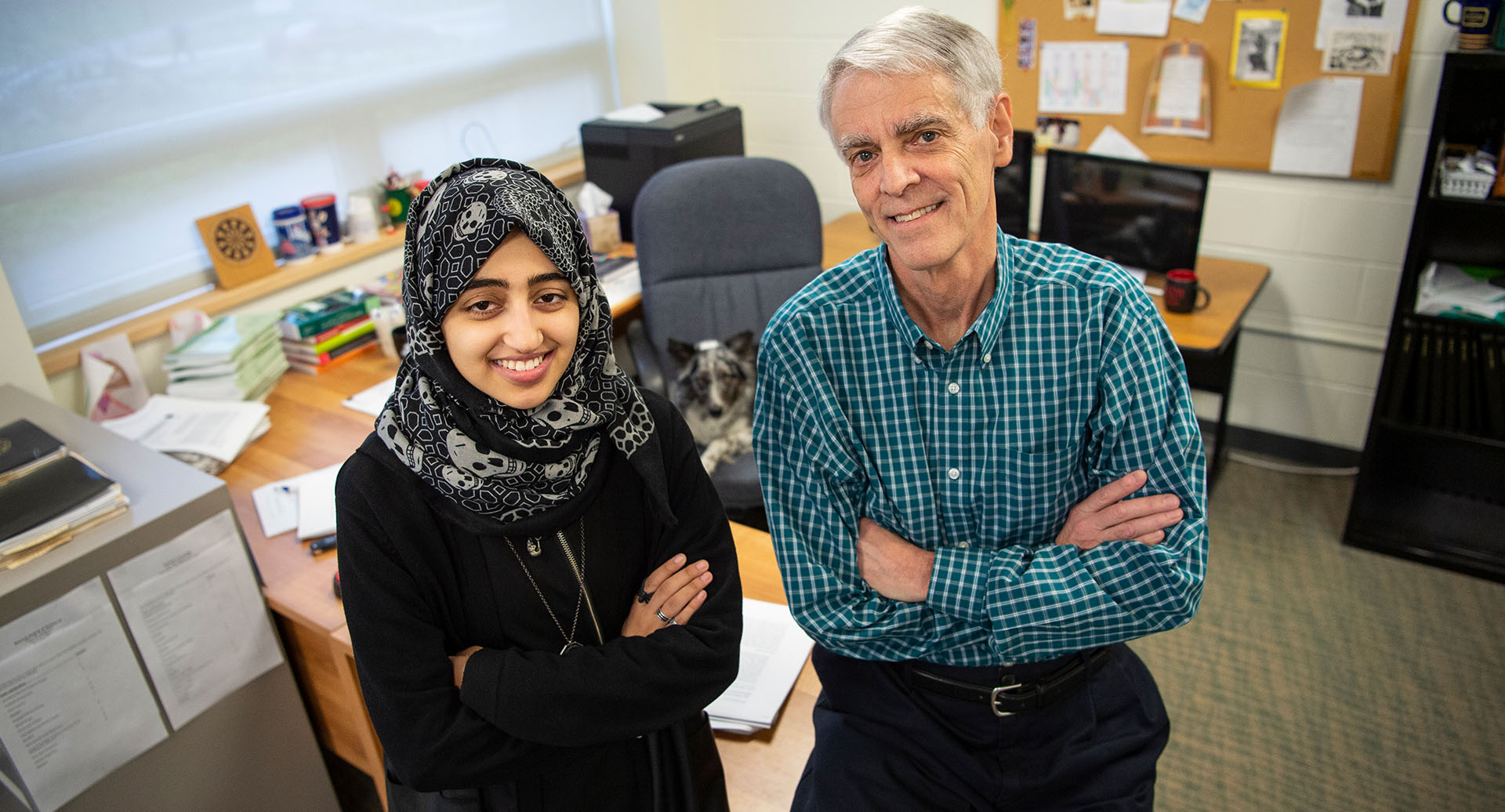 As an international student from Jeddah, Saudi Arabia, Malaa Sultan was both excited and nervous about attending a foreign university; but, she says, “the academic reputation of UNH and the beauty of its campus” made her decide to come to Durham.

Today, it seems as if ages have passed since the psychology major arrived on campus and enrolled in what would become two favorite courses, Introduction to Forensics and Introduction to Humanities, that would initiate her into university life.

“I was very intimidated by them in the beginning,” Malaa says. “But as time went by, they opened my eyes to another world I was unaware of. I became very invested in topics I would have never thought would interest me.”

Little could the first-year student know that, one day, a professor would actually invite her to take a graduate level class. “It meant so much to me to have somebody I have worked closely with believing in my abilities more than I did,” recalls Malaa. “If he was willing to recommend me, well, I was willing to take the risk. It was both humbling and motivating to be able to see yourself standing side by side with people I thought were far out of my reach. It gave me hope and an instinct to believe in myself more.”

By the time she graduated, Malaa had participated in an independent study, served as an undergraduate teaching assistant in psychology and worked in the Cognitive Psychology Lab for 2 ½ years, applying what she learned in class but also diving more deeply into her field of study than she dreamed possible, “seeing connections where I never thought they existed.”

Malaa plans to apply to medical school after graduation.