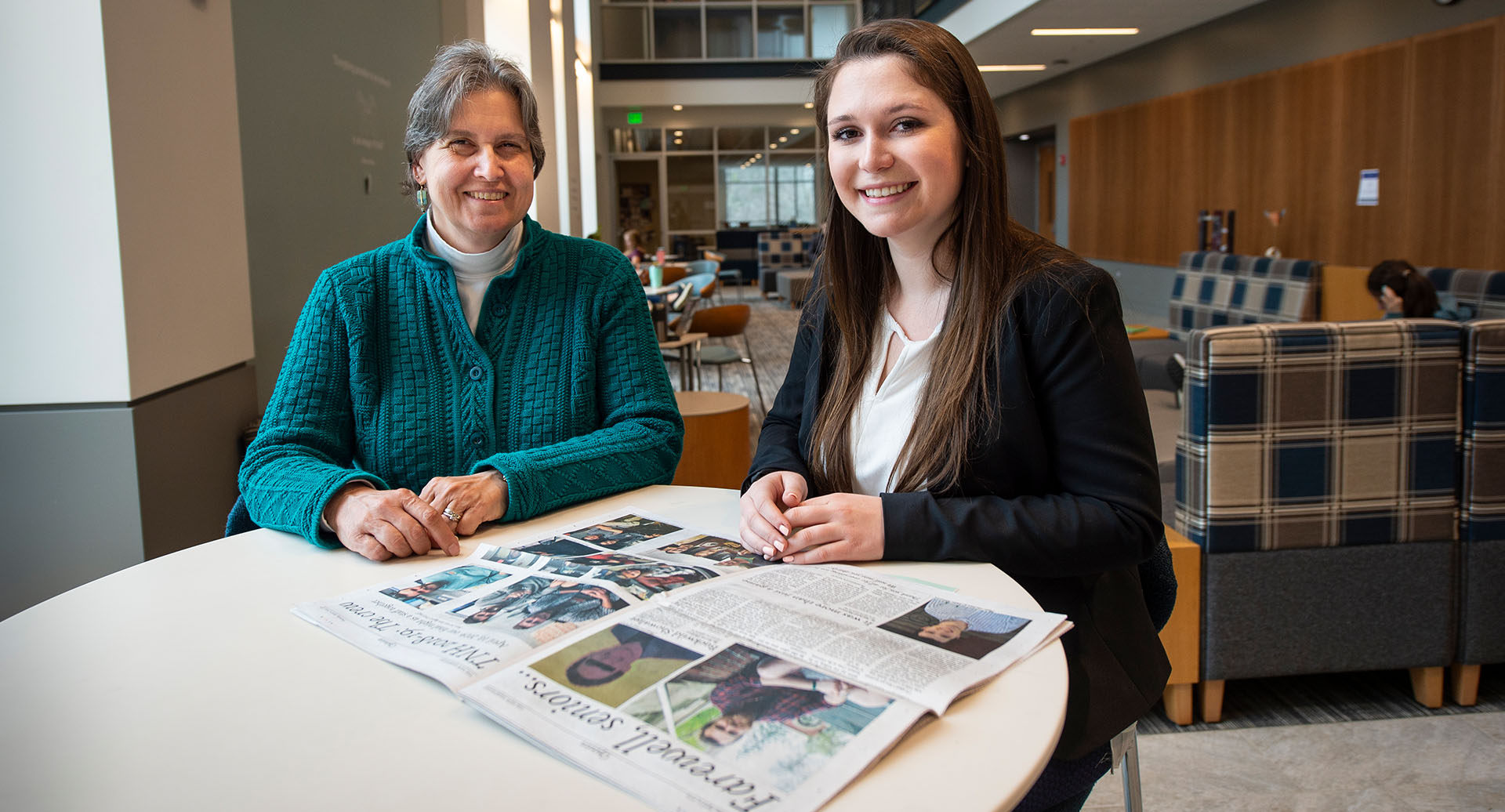 Once her classmates got over the fact that she’d never skied, Olivia Olbrych’s UNH career was all fresh powder, so to speak, from there.

Olivia’s is a tale in two parts, with part one involving the Charleston, R.I., native coming to UNH to study English journalism and, upon meeting professor Tom Haines, never looking back to the Ocean State.

“He was so inspiring,” recalls Olivia. “He’s so passionate about his work that it made me want to be a better writer and pursue my own passions. He was also really good about giving us opportunities to connect with alumni, which is a huge benefit when you are looking for a job.” The culmination of her work with Haines came during a trip to Budapest in which Haines led a student group to teach travel writing.

The trip not only helped her write better, it also enabled her to learn about the Cold War and the Soviet Union from a different perspective than that taught in American schools. Further, it boosted her confidence to the point where, she recalls with pride, “I felt I could do anything I set my mind to.”

And that’s exactly what she did, interning at the Seacoast Media Group and getting involved in the College Democrats student organization during the 2016 election, during which she had the opportunity to introduce Sen. Bernie Sanders at a rally.

This is where part two comes in. Says Olivia, “My involvement with the club and in New Hampshire politics taught me I would rather work on the actual issues than report on them.” She plans to enroll in the university’s accelerated master’s degree program at the UNH Carsey School of Public Policy. But first, she’s taking time off from school to work as a social media specialist at a firm in Portsmouth.

Olivia says that studying and working don’t leave her with a lot of free time, but when she finds some, she like to spend it touching base with her network of friends. Now, if they can just get her on the slopes.