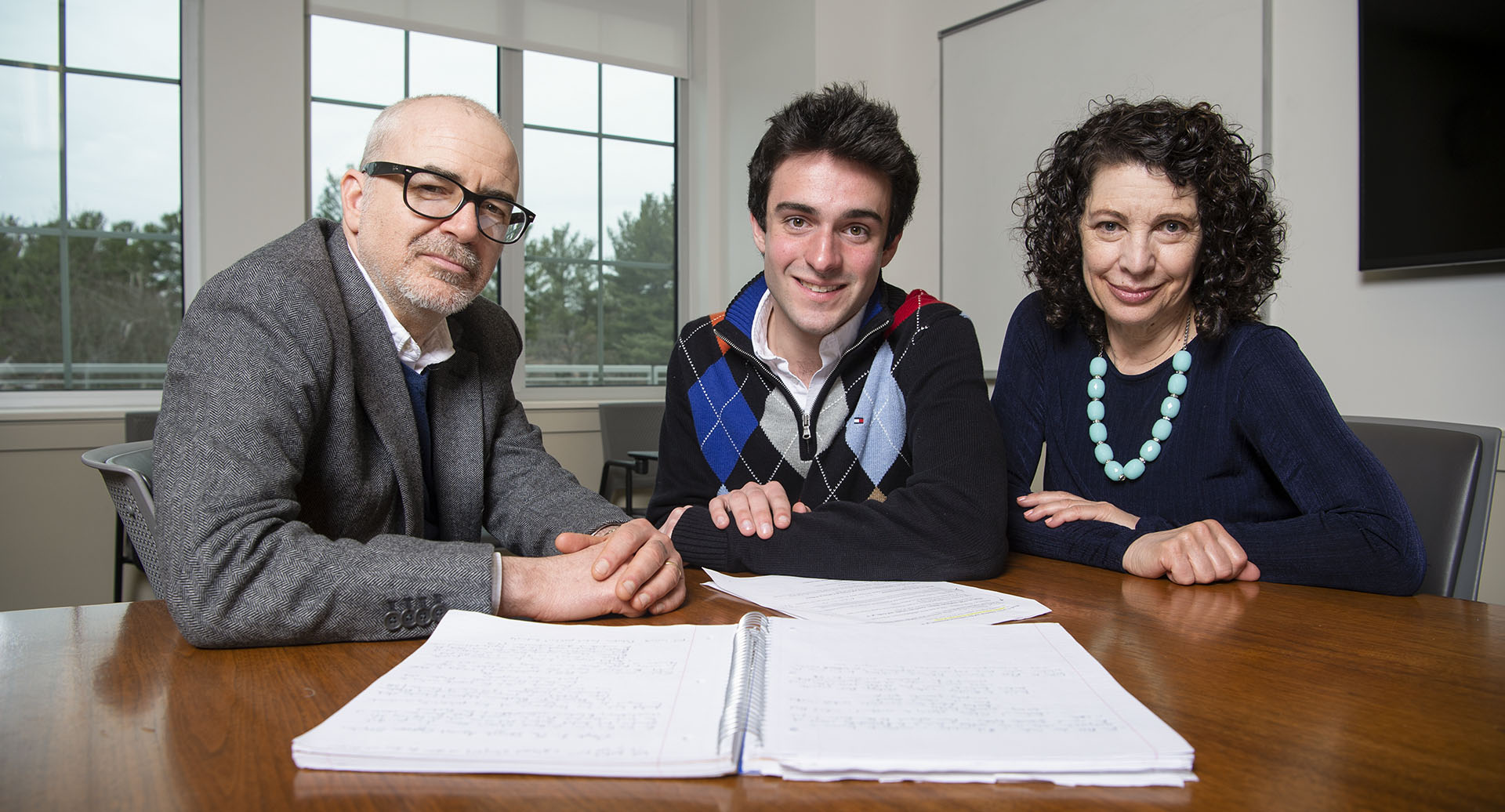 If you want to be successful, there’s simply no substitute for putting in the time and effort, says Parker Gauthier.

An English education major from Dover, N.H., Parker never confused himself with Bill Nye The Science Guy and frankly admits to being “the kind of person who reads Emerson, Thoreau, William Blake and Cormac McCarthy for pleasure.” However, after taking a course on the science behind the weather — to satisfy a discovery requirement — Parker discovered something that changed the way he thought about science and learning.

“I could be successful in science! I could succeed at anything if I applied myself,” he says.

Parker is holding that thrilling feeling of discovery close as he prepares to work someday as a high school teacher in a classroom of his very own. To get there, he models himself on qualities he appreciates in his professors, whom he describes as “professional, accessible and empathetic.”

Parker didn’t have to wait until he graduated to begin developing these admirable qualities. He has been involved as a tutor at the Community Literacy Center (CLC) on campus for several years. His job of helping students who struggle with reading and writing gave him a chance to apply lessons learned in the courses he takes and, more important, he says, “made me feel proud and accomplished that I’m making a difference, whether large or small.”

Among his favorite classes at UNH was James Rioux’ writing and learning through music. “It really opened my eyes to the power of literature and reinforced my love of reading and writing,” Parker says. It also put him on to playing the drums, a pastime he enjoys with friends he made in class.