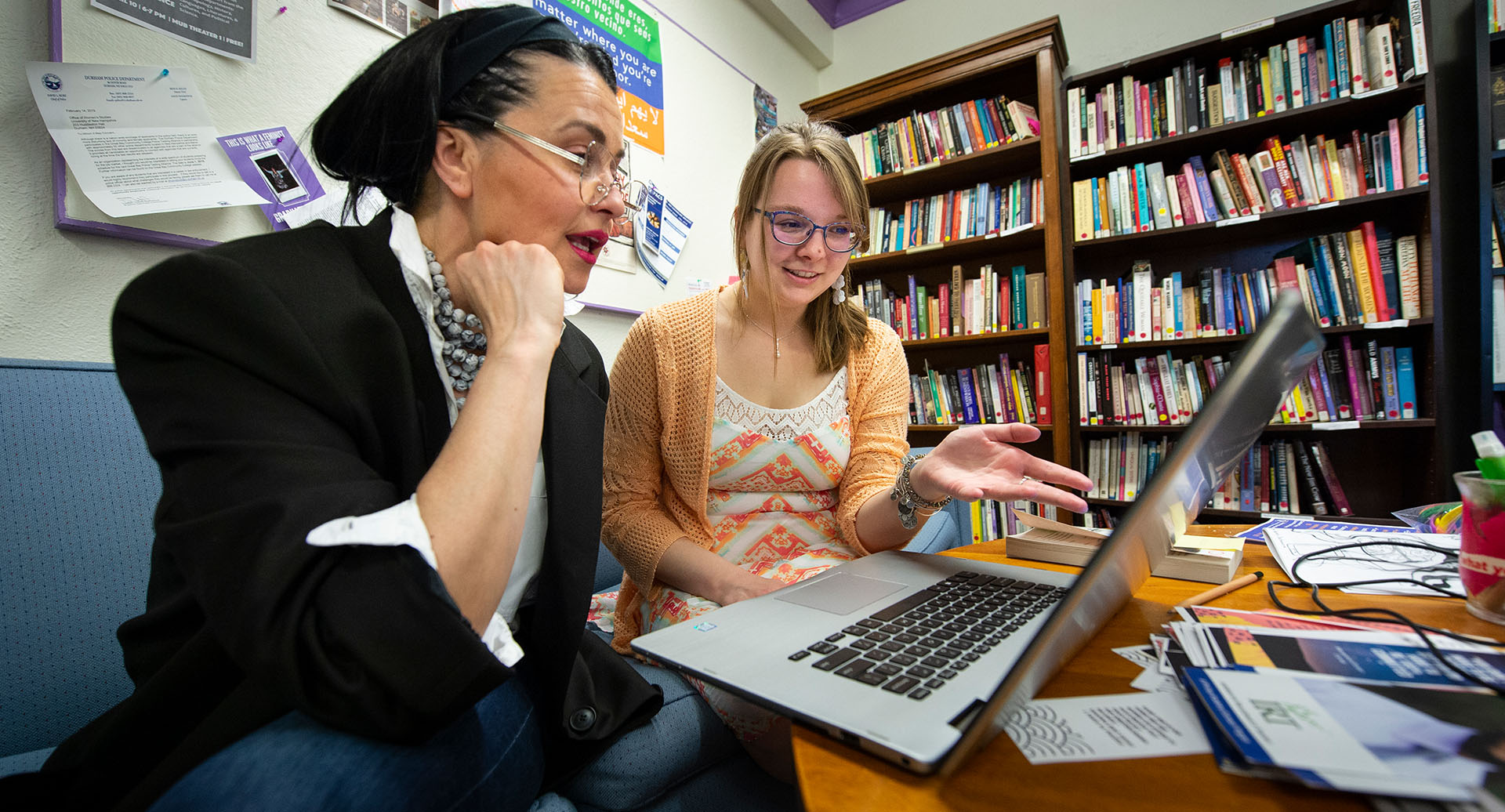 When Riley Boss was a kid growing up in Weare, N.H., her mom used an expression whenever Riley was panicking about getting good grades. The saying, “take the grade and move on,” delivered sound, practical advice about “trusting that things will work themselves out, and that I should focus on things I can control,” Riley explains.

As her career at UNH flourished, Riley says she’s given mom’s wisdom an update — “trust the process” — to make it “more applicable to my life and communicating with my peers, professors and others inside academics and outside.”

As a personal motto, “trust the process” might understate just a bit the extent to which this anthropology major is the consummate go-getter. As an undergraduate, Riley chaired the Native American Cultural Association, served as the vice president of the Anthropology Club and won a host of undergraduate research awards including the Rebecca Lang Scholarship in the summer 2017, a CIEGE Scholarship to study abroad, the Undergraduate Research Conference Award of Excellence and others.

During her spare time, she served as an intern for the Indigenous New Hampshire Collaborative Collective based at UNH.

Riley says she came to Durham to explore “the infinite number of opportunities available to you” and found “faculty who are just as excited about your projects as you are.” By her own account, she has learned aspects not only of her major, but also business, biology, chemistry, agriculture, psychology, forensic science and other disciplines. “At UNH, everything connects to your major. Professionally, it is important to make those observations and connections,” she says.

Her trip to Belize on an archaeological dig during January term 2017 remains the highlight of her UNH years. “I’ve grown a lot because of that experience,” she says. “I had great conversations with people from different cultures, gained a lot of archaeological experience and became close to the eight other students on the trip. We’re still great friends. You create a special bond with people whom you’ve stood on a fire ant mound with as you try to take a point for your map, waded through acacia plants and listened to howler monkeys serenading your dig with their screams!”

Riley, who says she’d like to begin life after UNH by working with the Missing and Murdered Indigenous Women crisis in the Northwest and someday start up her own archeology company, has left few academic stones unturned.