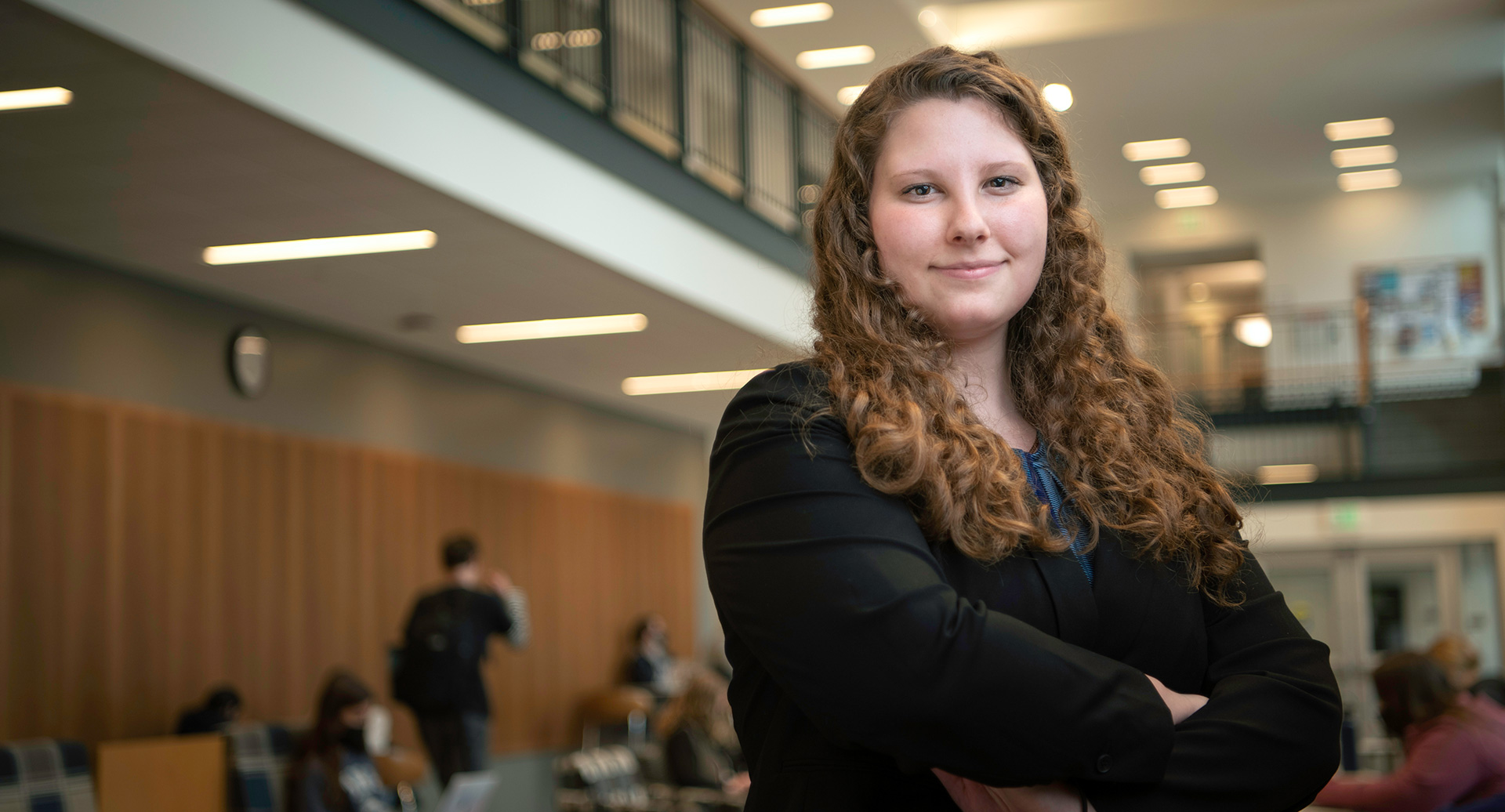 Many COLA students are appreciative that they can explore a variety of subjects as liberal arts majors. Riley Espat took that one step further and pursued three minors in addition to her dual major in political science and justice studies. “The (justice studies) professors were so passionate about their work and their students’ educations,” says Espat. “I have amazing professors who influenced me to pursue minors in sociology, forensics and security studies.”

Although winter and the opportunity to enjoy sports like snowboarding and ice skating initially drew her to UNH, Espat, who is from East Greenwich, R.I., was intrigued by COLA’s pre-law track. “I’ve always been interested in law and knew that if I was going to attend law school, I would need a major that was reading and writing intensive,” she says. New Hampshire’s significant role in presidential primary politics during national election cycles and the flexibility of UNH’s Justice Studies Program were also draws. Extracurriculars including Pre-Law Society, Mock Trial and an internship with the Chubb Law Group, an intellectual property law firm in Dracut, Mass., are among many of the “great experiences” Espat says she’s had at UNH. She continues to work for Chubb as an administrative assistant. “It’s helped further my interest in the legal field and attending law school,” she says. “I learned that being an experienced attorney is helpful in running a successful law firm, but I also understand that it’s a business.”

Espat believes her liberal arts education has set her up for success in her future career. “It’s allowed me to explore several related areas of study that will allow me to have an abundance of resources to utilize in my future career as well as perceive situations from various lenses,” she says.