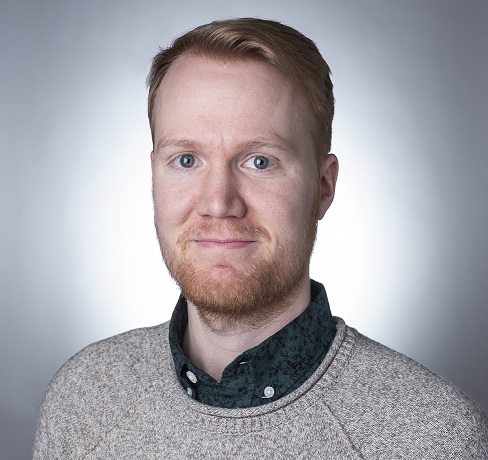 In my first semester at UNH, I took “Human Nature and Evolution” with Val Dusek, and that was that: I was going to be a philosophy major. Apart from that, I don’t have much of a story to tell. I really don’t like it when philosophers give some romantic origin story about how when they were four, they contemplated whether trees had minds or if crayons could talk. I suppose what brought me to know right away that I wanted to study philosophy was that it was apparent to me that the philosophers Val had us reading were deep thinkers. To this day, I still think depth is probably the only real philosophical virtue (though to be deep depends just as much on the kind of soil you’re digging into as it does on how far down you go). Anyway, of the bunch, I remember Confucius, Marx, and Sartre standing out. They seemed to be asking questions about human beings and proposing answers to those questions that I had not really thought about before. I was hooked. And it wasn’t long after that I realized just how good of a decision I had made, for the philosophy folks at UNH were just the best. From Alexis’ smiling face, to Bill’s open office door, to Nick’s equipping me with my pair of Marx goggles that I’ve never since taken off. I can’t say enough about how much I love this department. And as I’ll get to in a minute, I still do this! I still study philosophy, and, if I am lucky, I may get to do it for a living. It seems so wild to me, that there’s this line I’ve followed from Val’s class thirteen years ago to today, but here I am.

What interesting stuff did you do as a UNH undergrad?

I spent some time in Germany one summer taking an intensive language course at the Goethe-Institut in Freiburg im Breisgau. Freiburg’s a great philosophy city, so if you like German philosophy, I’d recommend trying to study abroad there. Apart from that, I didn’t write a thesis or anything. I just spent as much time as I could reading everything that I could. I probably visited Bill’s office hours too many times, asking half-baked questions like: “What does it mean for something to be natural?” “What is a concept?” “What the heck is apperception?”

I am a Ph.D. candidate in the Department of Philosophy at Indiana University, Bloomington. Next year, I’ll be a Teaching Fellow at Butler University in Indianapolis, where I’ll teach courses in modern philosophy and ethics. The jargon that they’d like us to be initiated in calls for me to say that I “specialize” in German philosophy, moral psychology, and aesthetics. But really, I’m just thinking about, not specializing in, a lot of the same things I’ve been thinking about since I was at UNH: Kant, Schopenhauer, Nietzsche, Adorno, compassion, motivation, practical reason, character, ideology, the ills of capitalism, aesthetic value, art criticism, and the philosophy of literature. For what it is worth, my dissertation offers an interpretation of Schopenhauer’s account of human agency (I can still remember being in Paul’s Introduction to Ethics class, seeing the word “agent” on a handout, and thinking “what the heck is that?”).

Well, in a way, philosophy is my life. With that being the case, I can say that what the Department at UNH instilled in me is a good sense for questions and debates that matter. If you decide to go on in philosophy, you’ll probably eventually encounter things written by philosophers that follow a reproducible outline and make a tiny point. You’ll find yourself asking, “Why did I just waste my time reading this? Why does this matter?” This happens to me all the time, and I have the people at UNH and the way they trained me to think to thank for equipping me with this critical capacity. To be sure, there are people at my stage of their academic careers with more articles written than me, but I find a lot of their writing shallow and boring. Why? Because they are merely good students. They’ve memorized the rules and slot the ideas in. They just want an A, as it were. That is not how I was taught to do philosophy at UNH, and I’ll always be thankful for that.

If it is still on the website, read Bill’s advice about applying to graduate school in philosophy, if that is the sort of thing you’re thinking about. The best piece of advice in there is that you should not apply to grad school in philosophy if, failing to land full-time academic employment, you’d regret your decision. That’s not to say at all that you have to have some mystical obsession with the life of the mind to apply. The point is that it grows harder to get a job in philosophy by the day, but that doesn’t mean it’s not worth a shot. You just have to be aware of the shot you are taking. If you’ve read my earlier responses, then you’ll know that the reason to consider majoring in philosophy at UNH is the people. I’d especially recommend the major to anyone who might feel a bit lost amid the state school experience. If you settle down in the philosophy department at UNH, I think you might get that close-knit community you’re looking for. And of course, I think you should study philosophy if you have even the slightest inkling of uneasiness with the way things are in the world, for no area of study is better equipped to help you figure out what that feeling is tracking than philosophy.