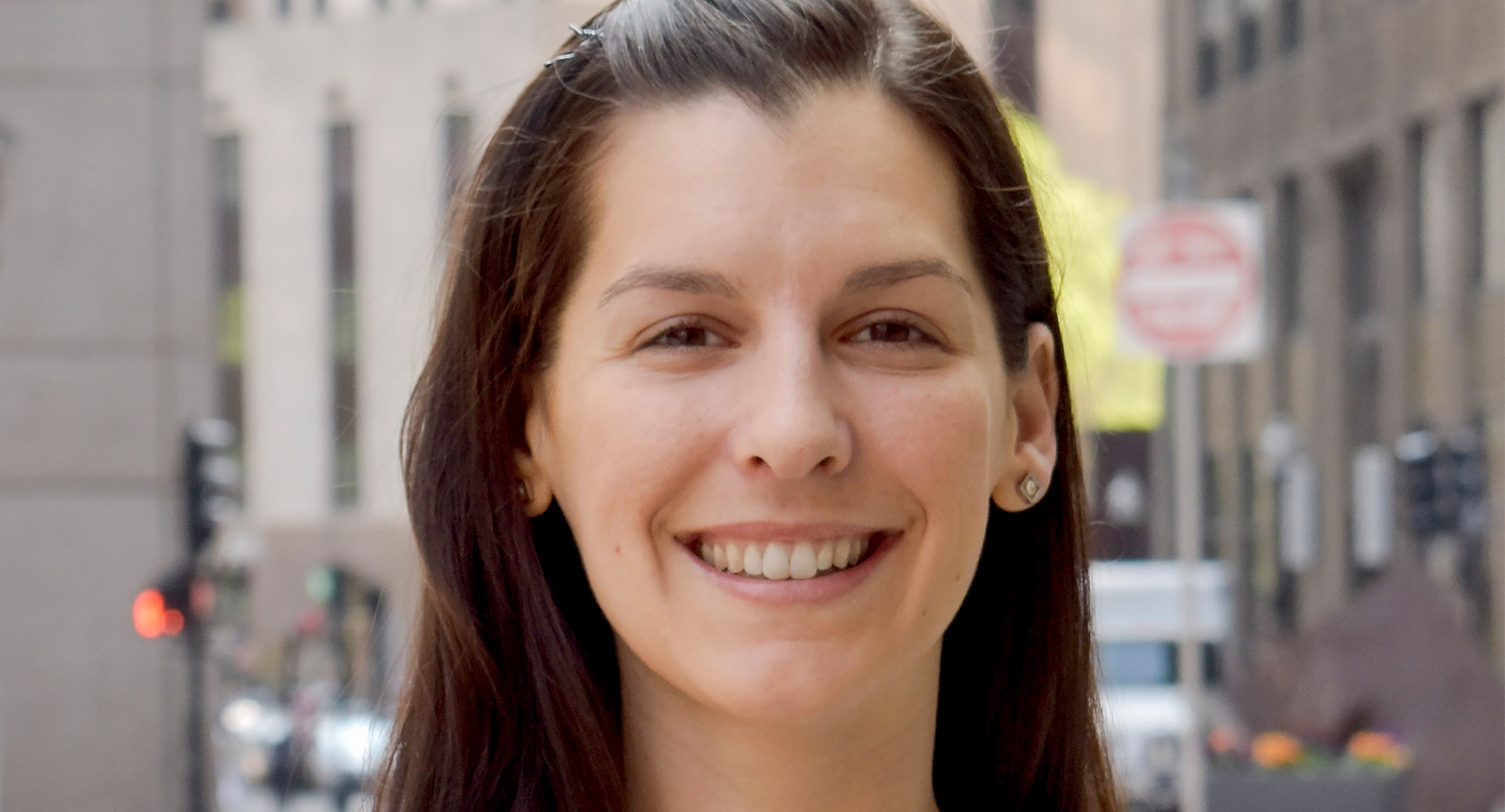 Tell us about yourself and where you are today.

I grew up in New Hampshire, graduated from UNH in 2006, and have worked in international education ever since with a couple of years teaching abroad in Austria. Currently, I’m the Senior Institutional Relations Manager for CAPA The Global Education Network, where I work with colleges and universities in New England (including UNH!) to develop and promote study abroad programs. I’m also pursuing a Master’s degree in Higher Education Administration at Northeastern University.

Did you have another major and/or minor at UNH? What impact did studying a language have on your other field/discipline?

I majored in German, European Cultural Studies, and International Affairs, which had a language requirement. My knowledge of German brought focus to my IA and ECS majors and allowed me to build on my knowledge of the region. While abroad, it enabled me to speak with others about topics related to German politics and culture.

I spent semesters abroad in Salzburg, Austria and Heidelberg, Germany while studying at UNH. As a senior, I presented my IA major thesis, Changing Ethnic Identities in Post-National Germany: A Study of Turkish-German Literature, Politics and Society, at the Undergraduate Research Conference (URC).

I had many fantastic professors at UNH in LLC and beyond. However, in terms of influence on my entire time at UNH, Prof. Mary Rhiel had a profound impact. She was my professor for German 503, which I took the semester before I first studied abroad. Her class helped me to build my language skills and to gain a bit more confidence ahead of my study abroad experience in Austria. She was also my advisor for my ECS and IA major thesis during my senior year. As an undergraduate, I remember it was particularly daunting to take on a project of this magnitude, but with her support – academically and personally – I was able to get it done.

I have many fond memories of my time abroad related to travel in and around the German-speaking world, but I think the most fulfilling moments were when I was able to communicate ideas and opinions in German. My favorite may be telling a funny story in German and having other native German speakers laugh. It always feels good to make people laugh, but in a second language it was especially gratifying!

Why language was important to your UNH education?

On a personal level, studying a language gave me deeper insight into the German speaking world that I found both humanizing and humbling. I felt more connected to the culture and people. Historical figures and events seem more real and present. Even as I improved, I still felt like an outsider looking in on another culture, which gave me greater insight into my own culture as an American and my place in it.

How has your language major benefitted you?

I think my study of the German language in particular gave me sharp analytical and grammar skills in English, as well as German, which have been useful in my career. I am mindful of spelling and grammar in professional communications, and one of the first to spot a typo on websites and restaurant menus! Since German is a less common language of study, I’ve found it to be a bonding factor among other German language learners. My first boss had studied German and I like to think that he hired me in part because I had too.

If you could talk to a prospective student, what would you tell them about the value of majoring in a language at UNH?

In my work, I’ve attended numerous panels of employers, and even sat on a few myself, about the value of studying abroad, which includes foreign language learning. In a globalized world, the ability to communicate comfortably and respectfully across languages and cultures holds growing importance to employers in all industries. Foreign language learning helps you to become a better communicator in your own language, as well as a second (or third) language. This isn’t to say that you must become fluent or bilingual; rather, study of a foreign language at any level can develop career and life skills such as intercultural communication, tolerance of ambiguity and flexibility, ability to analyze situations from multiple perspectives, attention to detail, and curiosity of other people and cultures. There is tremendous value in cultivating these skills and perspectives for future success in the workplace and in pursuit of a fulfilling personal life.

In another year or so, I plan to finish my Master’s degree. Professionally, I hope to continue to work in the field of international education by developing meaningful study abroad opportunities to students and supporting them on their overseas learning experiences. I also look forward to continuing to travel to the German-speaking world and beyond! Next stop, Chile!