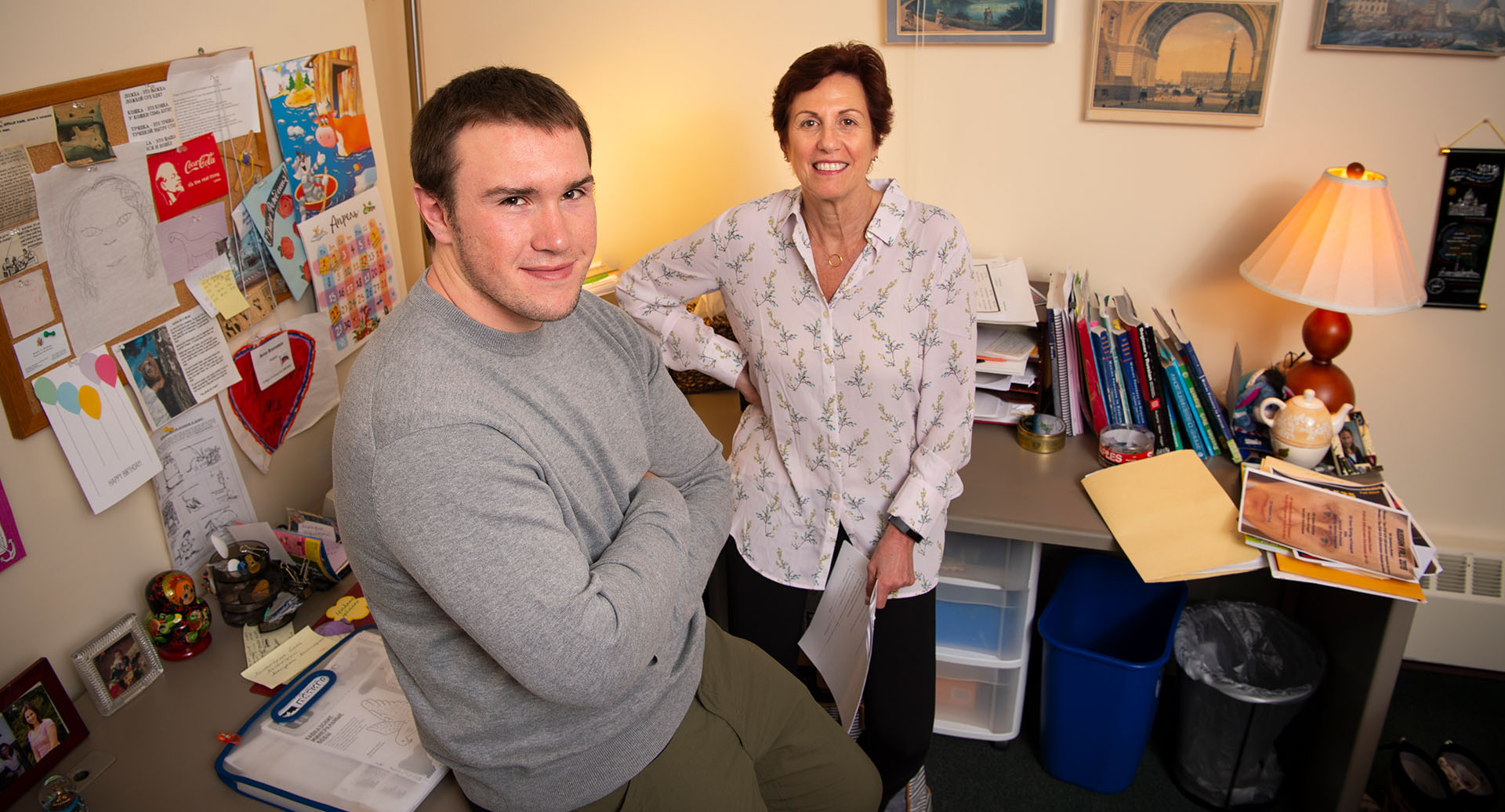 There’s often a difference between the things that bring you to UNH as a high schooler and those that keep you here as a Wildcat. Peter Jaarsma, a history and Russian major from Cornish, N.H., demonstrates the point.

He chose to come to UNH because he liked the campus, wanted a university that was not too big and not to small and knew he wanted to have the freedom to explore different topics regardless of his academic program.

Once he got his academic and social feet wet, the formerly important considerations of location and size yielded to a new appreciation of the value his professors and classmates placed on asking questions and challenging each other. Gradually, his willingness to engage in the “back and forth” of scholarly debate took him to study abroad in Russia. “This was a valuable experience because it helped my knowledge of the Russian language,” says Peter. “It also helped me to learn about communication across cultures.”

Immersing himself in Russian studies, Peter became involved in the Dobro Slovo National Slavic Honor Society. He also won several language awards for demonstrating excellence in his language classes. With each and every new skill he picked up, he grew more confident that the future looked bright, wherever it might lead.

“I think my liberal arts education has prepared me for career and professional success because it has taught me how to synthesize information,” says Peter. “It has also improved my writing and reading skills.” After graduation, Peter plans to “go into the workforce and use the skills I’ve acquired at UNH.”