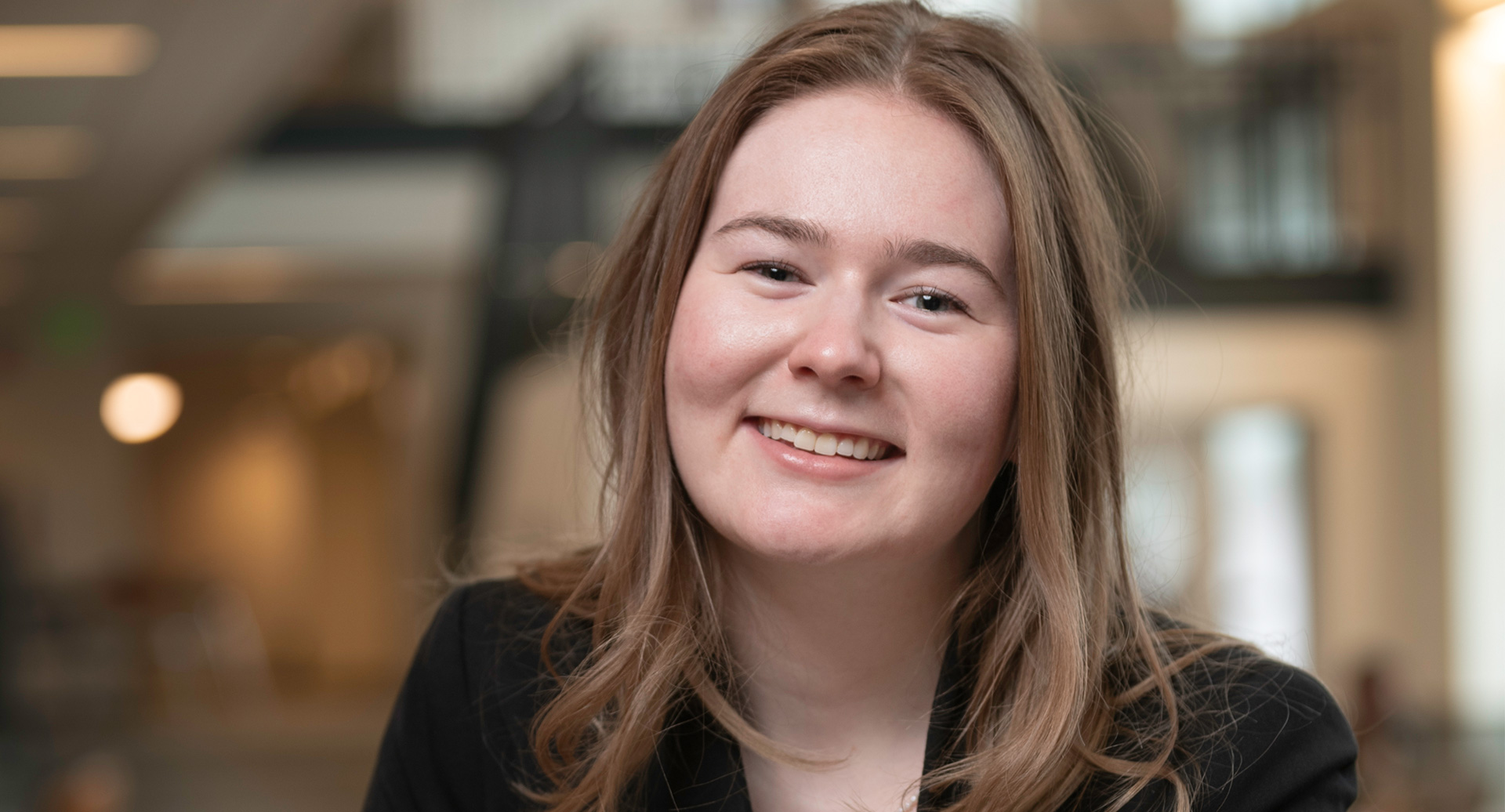 Not every student arrives at COLA with a plan. Taylor Donnelly wasn’t sure she wanted to attend college; she decided to try UNH for a year, believing it would help her step outside her comfort zone and grow emotionally and academically. That self-motivation has helped make her stand out.

Donnelly took classes in human development and family studies as well as courses in political science, justice studies and psychology. “I wanted to learn about people and how we conform to society,” Donnelly says. Meeting with Cesar Rebellon, chair of the Sociology Department, and taking an introductory sociology course during a January Term convinced her that the major was a good fit. She graduates this spring with a dual major in sociology and justice studies. “I love that I could participate in various programs within my majors,” she says. Interested in juvenile justice issues, Donnelly interned for Build a Movement 2022 as part of UNH’s Washington Center program and studied abroad at Cambridge University. She wants to pursue a career in juvenile law after graduation.

Most importantly, though, UNH helped Donnelly recognize that her mental and physical health came first. Forging a bond with her fellow freshmen women on 10A in Williamson Hall, she discovered a support system and everlasting friendships. “We’ve continued to grow and support each other through college’s best and worst moments,” Donnelly says. She also joined the Mock Trial team freshman year where she discovered multiple opportunities for leadership, networking and adapting to stressful situations, first as a team member, then as captain and tournament director. On campus, Donnelly is a Career and Professional Success Ambassador, COLA Peer Advisor, a member of Alpha Phi Omega, an orientation leader and a member of Alpha Phi Sigma, the criminal justice honor society. “People may be surprised to learn that I have to push myself to participate and be involved,” she says. “I realized that to make UNH an experience that I was proud of, I had to push my boundaries and put myself out there, which was overwhelming and uncomfortable. College is where I learned to put myself first.”